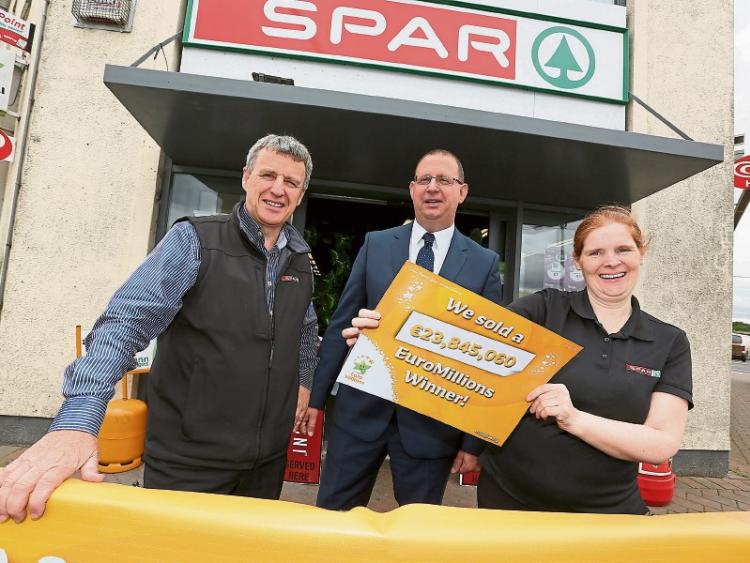 Laois is the unluckiest Euromillions county in Ireland but another Leinster county on the border with Northern Ireland is the luckiest according to the National Lottery.

The Lottery has published new research that analysed the number of top prize winners since the game was launched in 2004.

The Lotto does not mention that many who play the Lotto in Louth could be living in the six counties.

Laois ranks bottom of the 26 counties in the league table.  While the €26,201,529 won outstrips Louth and other counties for total winnings, there have been just five Euromillions top prize winning tickets sold in the midlands county.

With a population of 84,697 in Loais, the lotto estimates that one in every 16,939 people has one a top prize. Euromillions ticket worth nearly €25million sold by O'Hanlon's supermarket Portarlington in 2017.

Most of the winning cash didn't end up in Laois as it was won by a syndicate of Dublin Bus drivers. MORE BELOW TABLE. 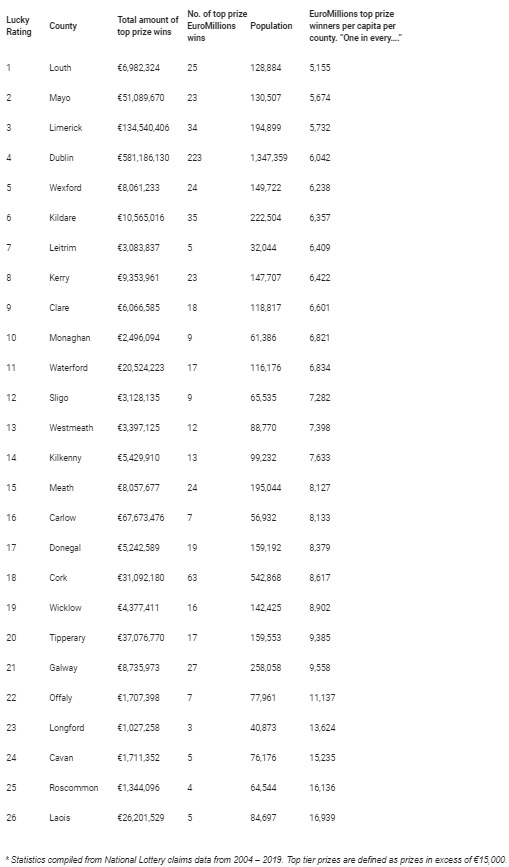 Mayo, which has clocked up 23 EuroMillions top prize winners who have shared over €51 million in prizes, came a close second to Louth. That translates into a top prize winner for every 5,700 people in Mayo.

Not far behind Mayo is Co. Limerick, with one EuroMillions top prize winner in every 5,732 people. This is made up of 34 winners sharing over €134.5 million. Limerick’s performance is buoyed by Delores McNamara’s massive €115 million EuroMillions jackpot win in 2005. MORE BELOW PICTURE. 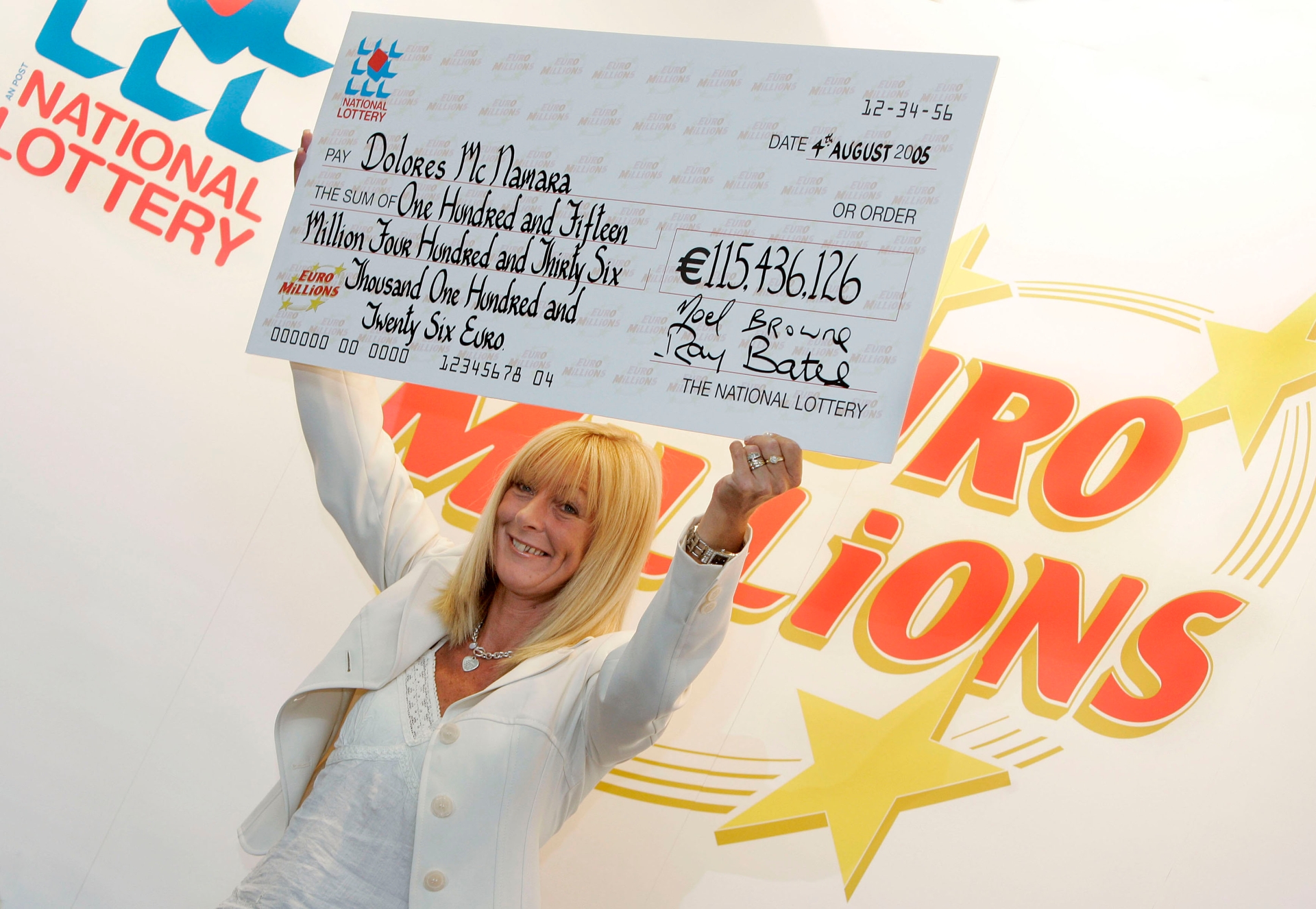 Wexford is at number five in the luckiest EuroMillions counties with a top prize winner for every 6,238 people. The Model county has had 24 winners who have shared more than €8 million in prize monies since the inception of the EuroMillions game. MORE BELOW PICTURE. 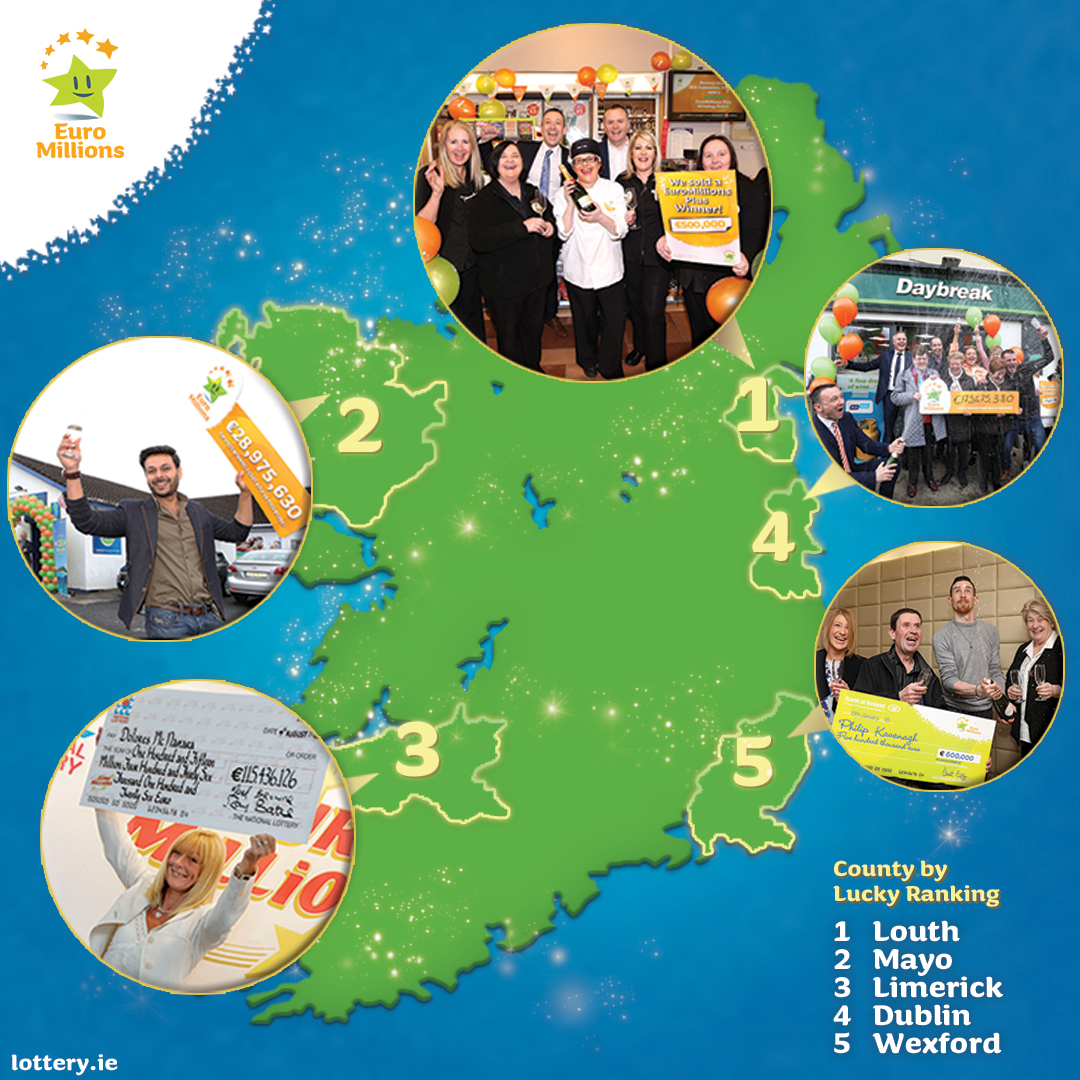 Speaking on these figures, a National Lottery spokesperson said one of the questions frequently asked of the National Lottery, is which county is the luckiest place to buy a EuroMillions ticket.

"This is what we sought to find with these statistics. Using data from the 2016 Census combined with our own winner’s information we were able to crunch the numbers to confirm that Co. Louth is the luckiest EuroMillions county in Ireland.”

This Friday’s EuroMillions draw will produce a guaranteed new millionaire in Ireland through the ‘Ireland Only Raffle’ draw. 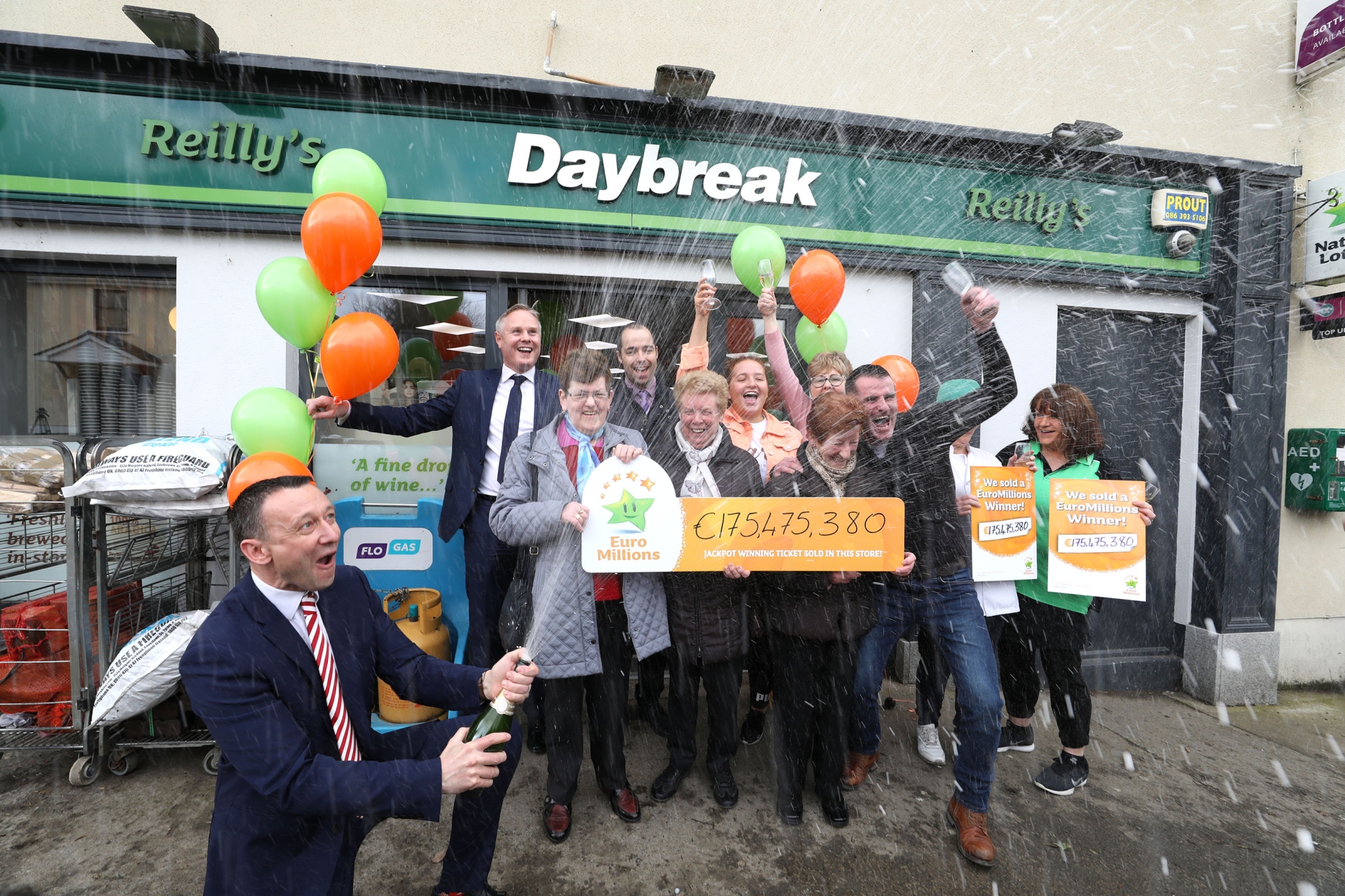