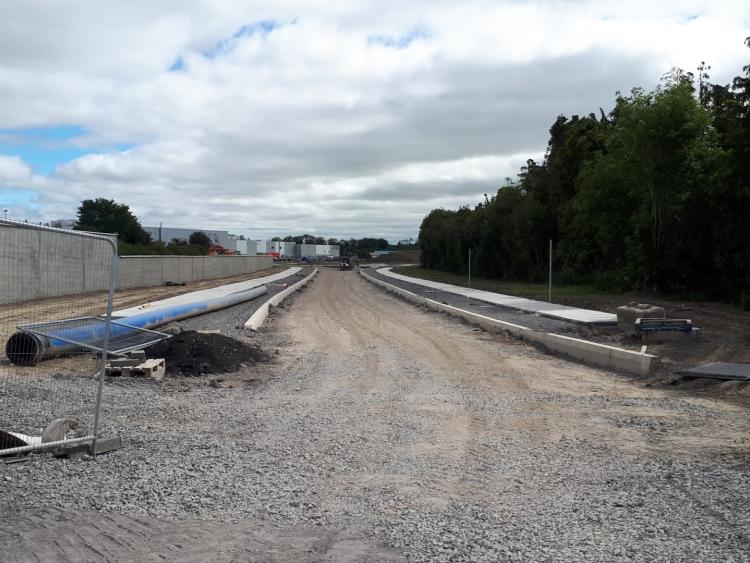 The public is asking if a €7 million new road under construction in Portlaoise is one-way, because it appears to be so narrow.

Construction of the 550metre long Southern Circular Route extension began in June 2018 and it is due to open in September. It links the Timahoe road with the Abbeyleix road and James Fintan Lalor Avenue at the Aldi supermarket.

It exits beside farmland owned by Cllr Willie Aird, the Cathaoirleach of Laois County Council, with some of his land sold to the council to build the road.

He said people have been asking him if the road is one-way.

“Everyone keeps asking me that. It is two-way traffic. There are cycle lanes and a footpath both sides, as we try to become more cycle friendly,” he said.

Laois County Council was asked to confirm the width of the road, and if it is wide enough to take two trucks.

Donal Brennan is Director of Services for roads.

“Yes, it is big enough to take two trucks. No, it is not a one-way road,” Mr Brennan stated.

The road will form the final link to a southern route around Portlaoise town from the Stradbally road. It passes five new primary schools, and will also open access to land for developments, including a new county courthouse.

Below: the junction at O'Moore Park under construction on July 5. Photos: Leinster Express. 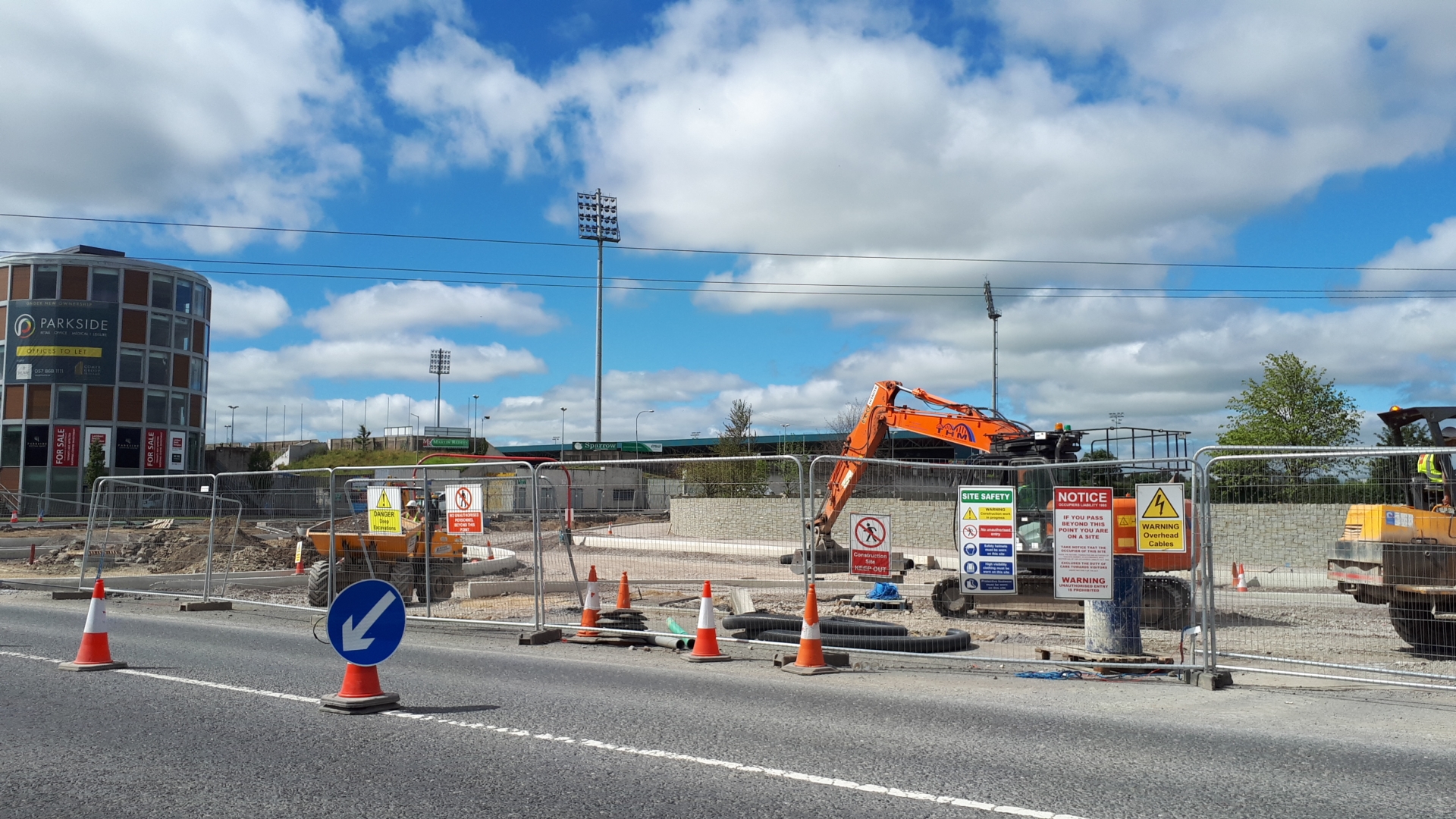