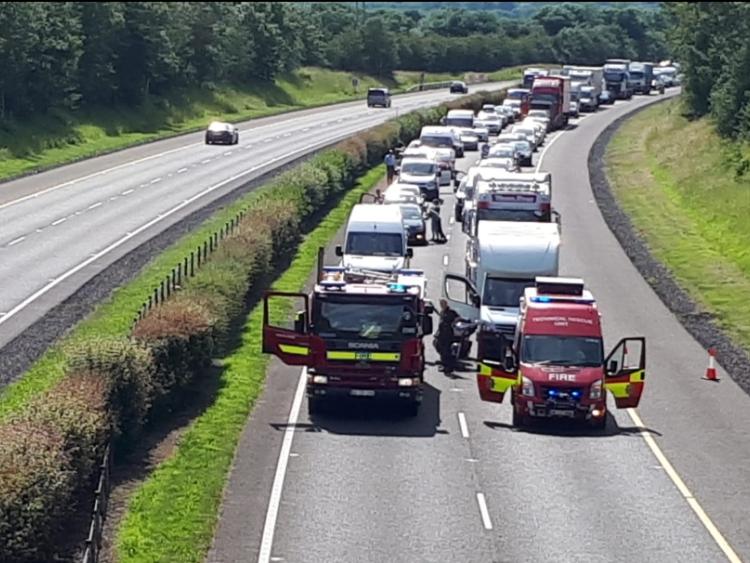 There are delays and lane closures on the Dublin Limerick Cork M7 motorway in Laois following a crash involving a caravan.

A picture taken by the Leinster Express below appears to show a caravan stuck across the boundary between the northbound and southbound lanes on the motorway between J17 Portlaoise Centre and J16 Portlaoise East.

Laois Fire & Rescue Service crews from Portlaoise and Stradbally attended the scene. The fire service said the incident involved a single vehicle towing a trailer which appears to be a caravan. There were no injuries reported as a result of the incident.

Traffic came to a standstill on the M7 motorway for a time as emergency services dealt with the crash.

AA Roadwatch reported just before 5:00 pm that the M7 northbound has reopened between the two Portlaoise exits – junctions 17 and 16, following the crash.

"Traffic remains quite slow on this stretch. The southbound right lane has also reopened." 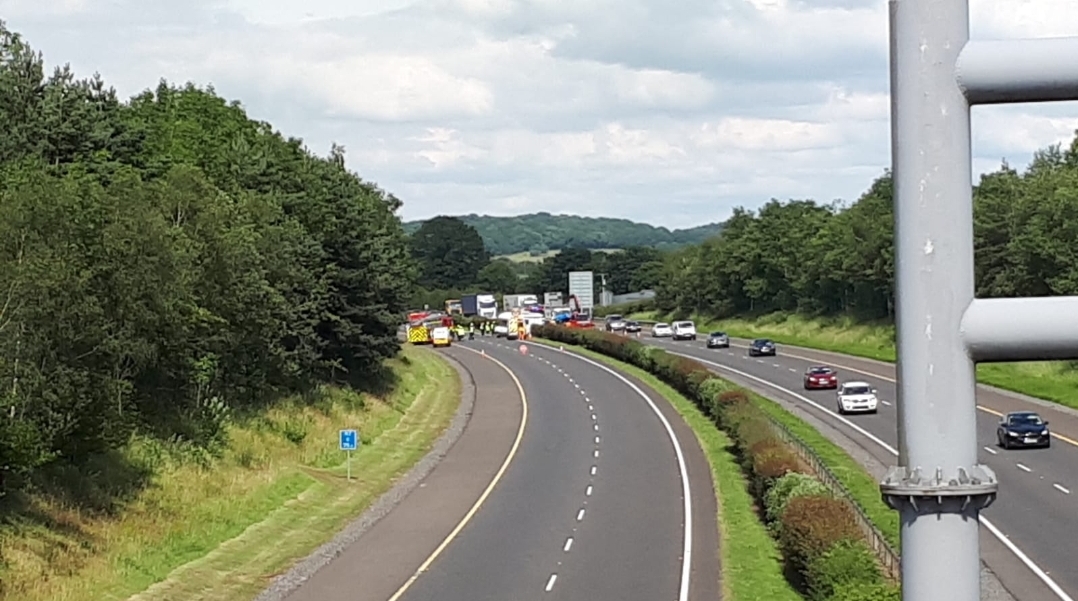 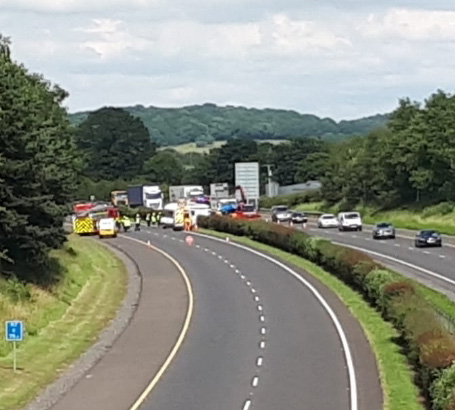 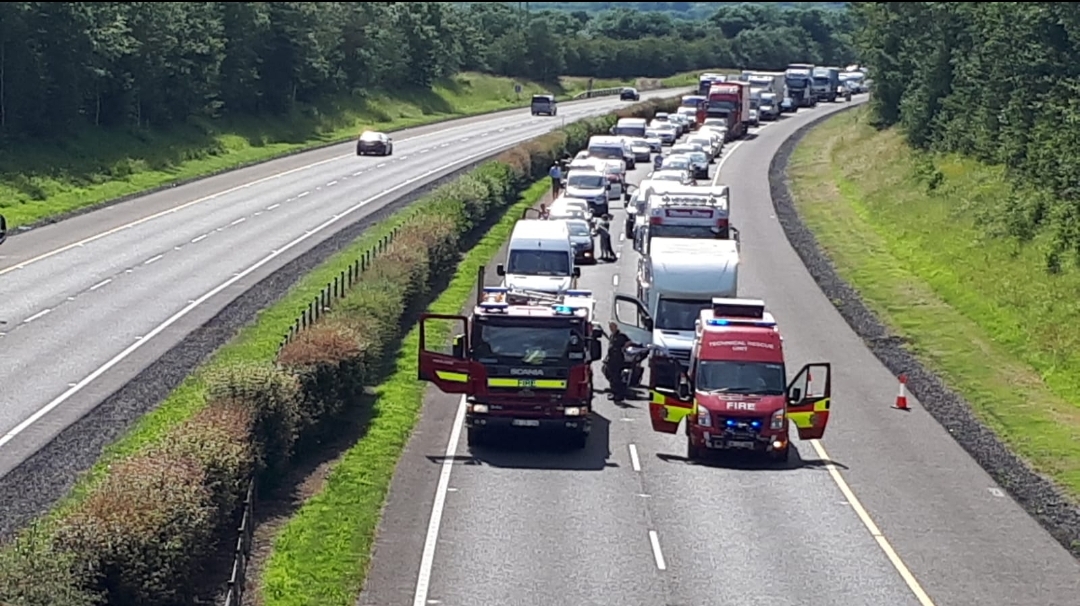 The M7 eastbound around portlaoise is a car park. Avoid if you can. Seems to be a very bad accident up ahead.