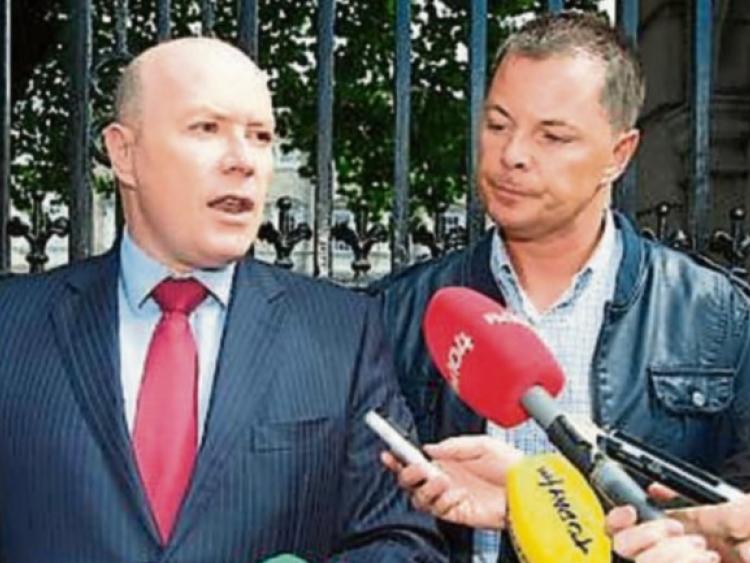 The Stack family from Laois have accepted an apology from the Gardaí over how investigations into the murder of Brian Stack have been handled.

The family now want Taoiseach Leo Varadkar to apologise on behalf of the state, and want an independent review of the failed Garda investigations.

Austin Stack described their conversation as "full and frank".

"The commissioner has given us a verbal apology, for errors and the mishandling of the investigation. And he has said that he will be issuing a full statement later today," he told reporters after the meeting.

"We are looking for the Taoiseach to follow up with an apology on behalf of the state," he said.

"A lot of the time, we knew about these errors but we were trying to convince people they happened, I nearly felt a bit of a crank. This is justification for us, recognising that these things happened," he said.

He said they want an independent review of the investigations.

"We will be asking the Minister for Justice to consider an independent policing expert from outside the state to carry out a review of the investigation into my father's murder. There is a file that will be going to the DPP but the Gardaí are saying they are not making any recommendations, and that they don't hold out hope that the DPP will recommend charges," Mr Stack said.

Minister for Justice Charlie Flanagan also from Laois commented on the case today.

"I certainly hope that every effort will continue to be made to bring those responsible for the murder of Brian Stack to justice," he said.

"I understand that there is a live Garda file here. The investigation is ongoing, and I would urge anybody with any information as to the circumstances surrounding the brutal murder of Brian Stack, to provide that information to An Garda Síochana," the Minister said.

Brian Stack who served as a chief officer in Portlaoise Prison during the time of the troubles, was shot in 1983, while attending a boxing match in Dublin. He died 18 months later, leaving behind his wife and three sons.

In 2017, Sheila Stack gave an indepth interview to the Leinster Express. Read it here.

The training centre at Portlaoise prison complex is called after Brian Stack, with a bust unveiled by then Minister for Justice Alan Shatter in 2014, the thirtieth anniversary of his death.

His son Austin has led the campaign on behalf of the family to get answers.

The family has criticised the three Garda investigations into the murder for loss of evidence and failure to follow up leads or question suspects.