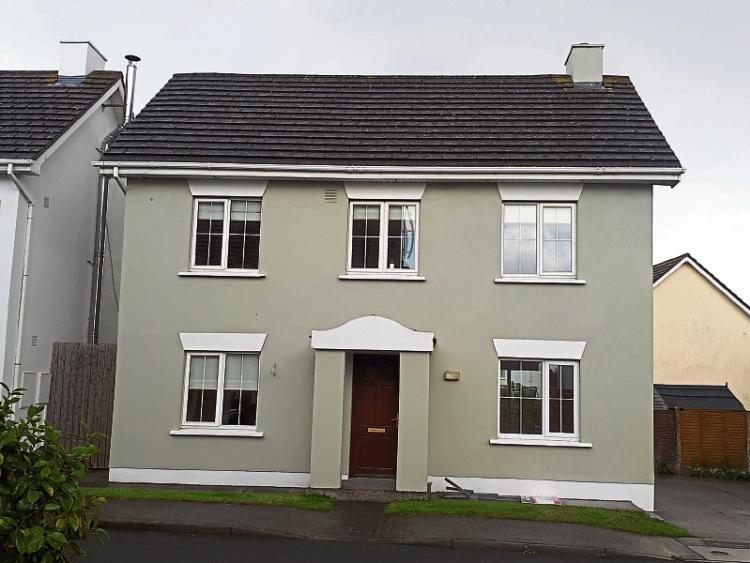 Picture taken this week of 9 Lake Edge, Kilminchy, Portlaoise the subject of a Compulsory Purchase Order

Owners of some vacant buildings around Laois are being forced to sell them to Laois County Council while the council also ordering the sale of derelict homes.

The local authority has begun the process of forcibly buying up 13 Laois properties using Compulsory Purchase Orders (CPO) under the Housing Act.

Documents for four houses are on public display at council offices.

They include 9 Lake Edge in Kilminchy, Portlaoise (pictured). The owner is listed as James A Barry & Co Ltd, Upper Quarterstown, Mallow, Cork.

Three more are in Mountmellick. They are 18 Oak Manor Ballacollig Mountmellick with the owner listed as Jocelyne Mboyo. This is at CPO confirmation stage.

The authority recently recruited Gerry Ryan as its vacant homes officer. His role is to help solve the two problems of dereliction across the county and tackle long social housing waiting list. The Council's CEO Mr John Mulholland the outlined work being done in his most recent monthly report.

“The vacant homes officer is actively engaging with owners of derelict properties across the county that are suitable for social housing development,” said the July report.

The Housing Officer Michael Rainey also confirmed that 13 properties are the subject of Compulsory Purchase Orders, at various stages of the process.

“Some are confirmed, and others ...are at the beginning. We aim to bring two or three (for approval) to every monthly council meeting,” he said.

The CPO is the last resort for buying empty houses.

“The vacant homes officer is engaging with owners rather than going straight to CPO,” he said.

He was answering a query from Cllr James Kelly on how many CPOs are underway.

Objections can be made to the CPOs during the public consultation period. Read the documents on the county council's website www.laois.ie/departments/housing