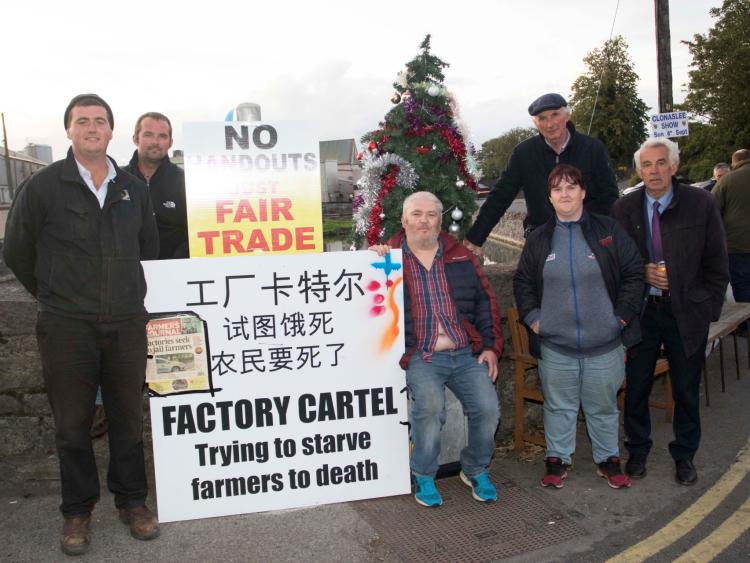 Some of the protestors pictured in Rathdowney over the weekend

A 'major standoff' has been reported at Meadow Meats in Rathdowney this morning.

According to farmers engaged in the picket at the gate, two lorries with meat have been blocked from leaving the plant.

The farmers also say they have been served with injunction notices this morning. According to one farmer present, the notices are now "blowing around the street."

"We are mounting a peaceful protest," said one of the farmers. "The injunctions do not refer to us. This is a significant escalation."

There is an estimated 40 protestors present at the gates, and there is also a Garda presence at the scene.