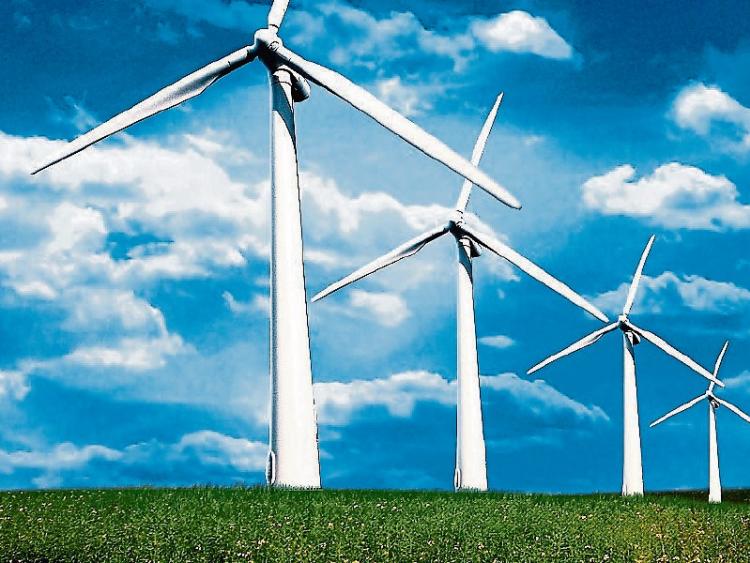 A new windfarm with 11 turbines of 136.5 metres has been approved for Laois by An Bórd Pleanála

A new industrial windfarm in Laois to supply renewable energy to the national grid has been given the green light by An Bórd Pleanála.

Pinewood windfarm is to have 11 turbines, 136.5 metres tall spread between Coillte owned forest and private farmlands, near Spink and Ballinakill. It is part of a larger windfarm over the Kilkenny border.

Pinewood Wind Limited is the applicant care of Galetech Energy based in Cavan.

The company first applied for eight turbines of 152metres in height back in 2013.

It received 103 objections from the public including nearby residents, councillors and TDs.

Pinewood Wind Ltd withdrew that application later in 2013 after they were turned down by An Bord Pleanála for a windfarm in Offaly.

In 2016 they submitted a new application to Laois County Council for the site, for 11 turbines which are 15 metres shorter.

That plan was refused by Laois County Council in 2017. The developer appealed to An Bord Pleanála, giving extra information on request in 2018 and 2019.

Last week the board finally overturned Laois planners to approve the windfarm.

The inspector said that the need for the development was demonstrated in the national policy on renewable energy, and that it would have an acceptable effect on the environment.

Approval is subject to 24 conditions, including that shadow flicker on homes must not last longer than 30 hours a year or 30 minutes a day.

The authority refused to approve an electricity substation. It said this was infrastructure and should be applied for separately.

The permission is valid for 10 years. The turbines must be decommissioned after 25 years.

The decision can only be challenged with a Judicial Review in the High Court.

The windfarm has long been opposed by the group Concerned Residents of Spink. A member says they cannot believe the decision.

“This means now I’ll have three turbines within a kilometer of my house. There are 70 houses within 1.5km of it. Houses will be halved in value. It will be like paying into a negative equity mortgage,” the members said.

He owns farmland but was not approached by the company to have a turbine on his own lands as there are too many houses close by. He said the plan has divided the community from the farmers who agreed the deal.

“Neighbours have stopped talking to neighbours, there is a lot of ill feeling. Even the families of the farmers involved made objections to it,” he said.

His biggest concerns he said were for the noise and the flicker from the turbines.

Their next step is undecided.

“We can’t believe it. We were all hoping this development was gone away, because the Ratheniska substation plan is not sorted. A lot of people don’t even know yet that this windfarm has been approved,” the resident said.

“We will meet as a community and discuss what to do. A judicial review could cost €15,000 or €20,000. But it will not be built for years because the substation has to be applied for separately,” he said.

Laois has just one other windfarm. Gortahile has eight turbines of 90 metres in height and became operational in 2010. It is said to supply enough power for 20,000 homes. It is currently being bought by a Dublin-listed energy investor Greencoat Renewables from UK fund, Glennmont Partners.