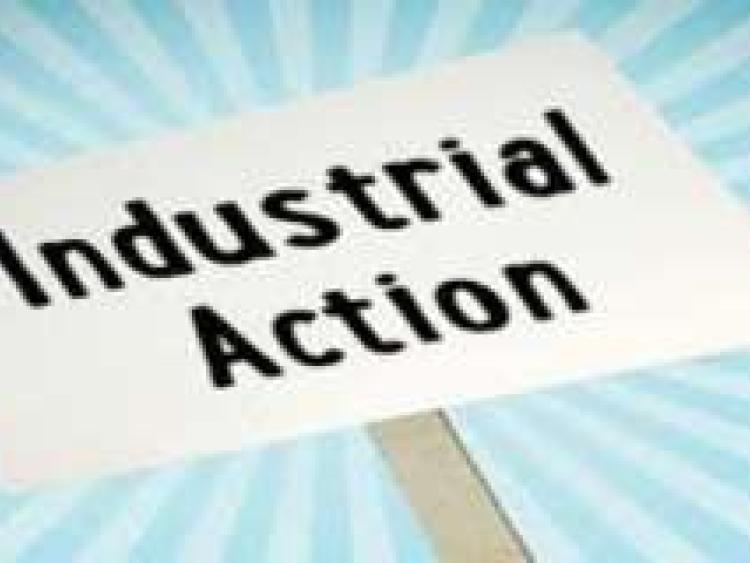 Industrial action is set to be taken this week at schools in Laois and other counties by some of the most vulnerable but vital workers in eduction.

School secretaries at three Laois schools are set to mount protests and embark on a work to rule announced by the Forsá union at 250 primary and secondary schools across the country.

Forsá said meeting between its represenatives and Department of Eductionation officials, about the issues behind industrial action by school secretaries, concluded on Wednesday morning without agreement.

The union said there was no breakthrough on any of the issues and industrial action by school secretaries is now set to go ahead on Friday, September 20.

The three Laois schools on the list are Mountrath Community School, Scoil Mhuire Abbeyleix and St Colman's NS, Stradbally. Secretaries will protest outside the schools between 8.30 am and 9.30 am. The protest will be followed by an ongoing work to rule.

One Laois secretary said the action will not impact students. She said the aim is to show parents and other the value of the work they do but the fact that many are not treated properly by the Department of Eduction.

She said many play a vital role but are treated as part time workers. Some are employed directly by the Department but others indirectly by schools for just the school terms.

Forsá said the dispute is over the education department’s refusal to address a two-tier pay system that leaves most earning just €12,500 a year, with irregular, short-term contracts that force them to sign on during the summer holidays and other school breaks.

Fórsa’s head of education Andy Pike said the Department didn’t offer any credible proposals to end the pay injustice facing most of the country’s school secretaries.

“The two-tier low-pay regime for school secretaries has been in force for more than four decades. In that time we’ve seen little if any serious engagement from the Department of Education. This morning’s meeting failed to deliver any progress what so ever.

“We didn’t raise our expectations when we met with them today. Nothing was tabled by officials from the department to end this long-standing pay injustice. Our focus now is the industrial action that’s set to commence on Friday,” he said.

School secretaries backed industrial action by a margin of 94% to 6% in a recent national ballot. The turnout was 68%.

The work to rule action will withdraw school secretaries from work on public service systems and databases on the basis that if they are not paid or recognised as public servants. They will also refuse to carry out the functions of public servants. The action is expected to cause significant disruption to the administration of the schools sector without affecting students or parents.

Fórsa went to ballot after talks broke down earlier in the summer. The union says education department officials refused to discuss proposals to overcome a two-tier pay system that’s been in place since 1978.

Fórsa says the problem is rooted in an antiquated and discriminatory pay regime, which discriminates between a minority who are directly-employed by the Department, and have public service employment status, and a majority who are hired by school management boards, which determine their pay and conditions.

“In recent years, school secretaries have done everything short of industrial action in their campaign for pay equality. They welcome the many pledges of solidarity they’ve received from politicians of all colours, but these are totally disconnected from the reality of the department’s position, which is to constantly stall and disengage,” said Mr Pike.

In evidence to the Oireachtas Education committee earlier this year, Mr Pike said school secretaries were uniquely disadvantaged in the education sector, and worked under conditions that fall far short of the standards set elsewhere.

“The best a school secretary can hope for – and that’s only about 10% of the total – is to be paid the same as a public service clerical officer. Yet the routine work they carry out often far exceeds the responsibilities set out in the clerical officer job descriptions used by the Public Appointments Service,” he said.

Earlier this year, over 12,000 people signed a Fórsa petition calling for fair pay and conditions for school secretaries. The petition called on the Minister for Education and Skills to end the long-standing two-tier pay system by putting those who are employed directly by school management boards onto public service pay scales.