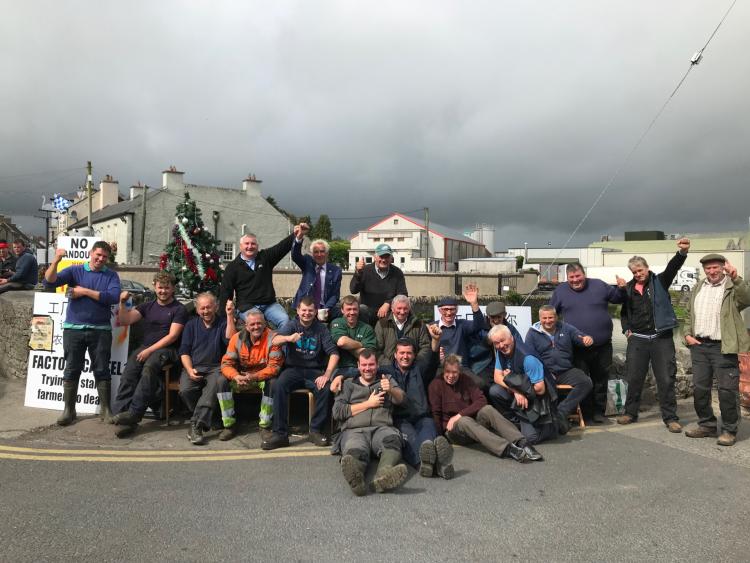 Farmers will return to the picket line if the new beef taskforce fails to bring about “meaningful change” according to a Laois farmer who protested at Meadow Meats.

A picket was lifted over the weekend at the plant in Rathdowney around the same time as pickets were lifted at other factories around the country.

The farmers left the picket lines a week after an after a multi-faceted deal was brokered involving the beef industry, farmers and the Government.

“We definitely, without a doubt will go back on the picket line if the beef taskforce does not have a proper effect and bring about meaningful change.

“Farmers are still angry, hopefully, some change will come but the change is too late for a lot of men, a lot of them are disheartened and we are going to see more land going to forests and left idle because they have lost interest.

“Can you imagine getting up to go into work every day and at the end of the year getting handed a bill instead of a cheque? Being able to go in and buy four steaks for €10 is not going to last, everyone will be buying Brazillian beef because there will be no more Irish beef,” he said.

Chair of Laois IFA, Francie Gorman, said any commitments made need to be honoured immediately.

“Now that the protests have been stood down, farmers are to be commended for highlighting the very serious situation for dry stock farmers.

“The concessions gotten by this protest have to be honoured immediately and implemented. There needs to be a root and branch review of the Irish beef industry to ensure farmers can make a viable living out of beef,” he said.