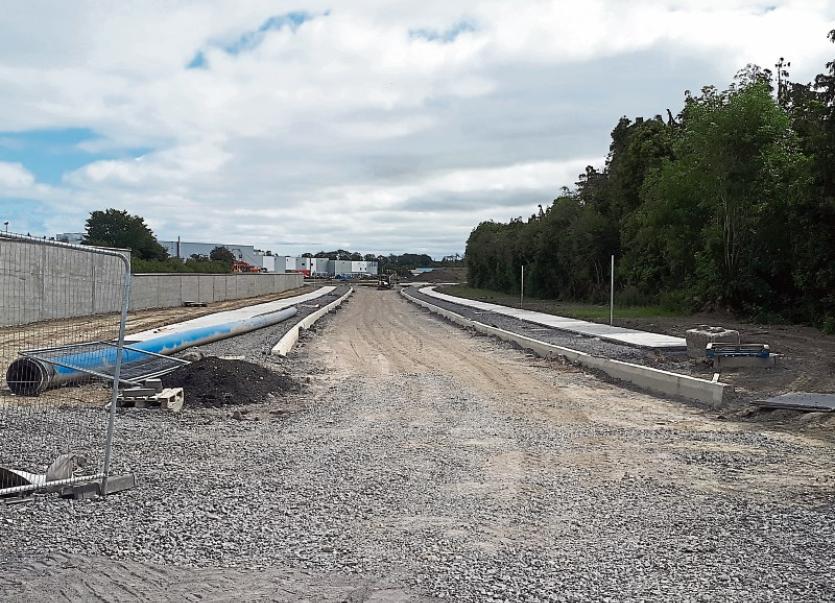 Water supply cut without warning and trip hazards have been reported by a councillor at the building site of the new Portlaoise southern circular road.

Cllr Catherine Fitzgerald who lives near the site made complaints at the September meeting of Laois County Council.

“Water was turned off without notification. One weekend when there were matches, it was black dark, with no lights. Loads of people were walking. We keep talking about health and safety, but there was a temporary fence with a foot of a holder out onto the path in the black dark. How was that left for a weekend?” she said.

“I am delighted it’s being done but I am disappointed at progress. It was to be finished by the end of July. It has caused huge disruption. There has been a good run on it but at the moment no-one is working from one end of it to the other,” she said.

Cllr Fitzgerald asked what were the penalties for a contractor going over schedule.

“When it is an extremely long delay, there is such traffic coming around, when it goes on and on,” she said.

“It seems well laid out, I hope it is going to be landscaped. It’s human nature that people will drive up on the grass going to a match. Will it be destroyed in a month? I want to make sure when it’s sown there is a precaution that it is not destroyed,” she said.

“The law is being enforced on this contract. Laois County Council is obliged to ensure the contractor is fit. I am disappointed to hear there are issues, I thank you for raising them. There are frequent meetings with the contractor and our consultant on site,” he said.

The road will be planted with pollinator friendly plants instead of grass.

Cllr Willie Aird who also lives next to the site, said locals are still saying it is not wide enough.

“Everyone is still saying to me there is not enough room for two lorries,” he said.

The road will complete a southern bypass of Portlaoise town centre, from the N80 Stradbally road via Clonminam to the N80 Mountmellick road at Fairgreen. It will also link to James Fintan Lalor Avenue beside the Aldi store.

It was to be open for the return of schools in September and has missed two opening dates since. It is now rescheduled to be open on November 1. Read more here.

THM Construction is the contractor and declined to comment.