Laois man to get Medal of Bravery for foiling robbery 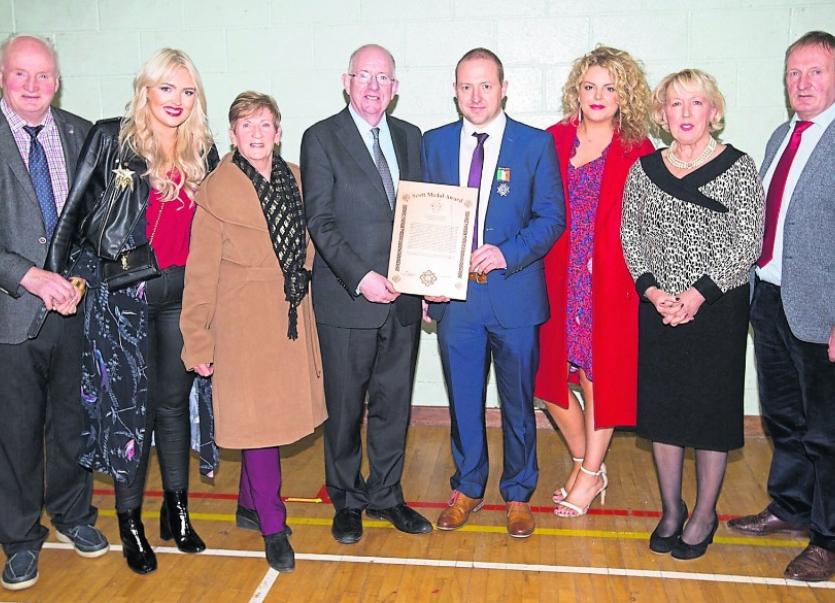 A Laois man and retired Detective Garda is to receive a medal of bravery this week for his role in foiling an armed robbery.

Dessie Brennan from The Swan and living in Dublin, intervened in the robbery of a bookmakers in Dublin in 2013 when he was aged 62.

Dessie and his son David, also a Garda, were out for a drink that evening when they heard that the bookies was being robbed. David high kicked an armed robber off his motorbike attempting a getaway, Dessie picked up the gun and they both restrained the robber until help arrived.

David has already received a Medal of Honour for his role, and this Friday it will be his father's turn. The awards come years after the robbery because a court case had to be completed.

Dessie spoke to the Leinster Express ahead of the awards day and played down his brave role.

"Over the 41 years I served, you come across many dangerous situations. It was all done and dusted in a few seconds, we didn't have time to think about it," he said, adding that the award is not applied for but is awarded by a selection committee.

Dessie will be the third Brennan brother to receive the award. His brother Derek received it after he rescued people from a fire in Portlaoise Prison when he was a prison officer.

His brother Kieran, also a retired Detective Garda, received the medal and also the Scott Medal for Bravery, for foiling an armed robbery that ended in the Dublin mountains.

The family also have a strong sport record for Laois GAA. Dessie played football for Laois and Kieran has managed the Laois team. The family are heavily involved in the St Joseph's GAA club, with Dessie and four of his brothers playing for them.

Dessie managed the club for the past 12 years up to this year, travelling down from Dublin to train them. They were beaten by Portlaoise in the semi final of the county championship.

"I would have preferred St Joseph's to win the championship this year than this award," he said.

Dessie will be accompanied by his wife Marie, daughter Lorna, son David and brother Kieran at the awards.

The honours are awarded by Comhairle na Míre Gaile – the Deeds of Bravery Council – which was established in 1947 to provide for suitable recognition by the State of deeds of bravery. The Council, which is chaired by the Ceann Comhairle, includes the Cathaoirleach of Seanad Éireann, the Lord Mayor of Dublin, the Lord Mayor of Cork, the Garda Commissioner, the President of the Association of City & County Councils and the Chairman of the Irish Red Cross.

The Council awards Certificates of Bravery and may award medals in either Gold, Silver or Bronze.

This year, 12 acts of bravery will be recognised with awards to 19 recipients and one posthumous honour. The recipients are: