State company wants to generate gas by rotting 80,000 of waste each year 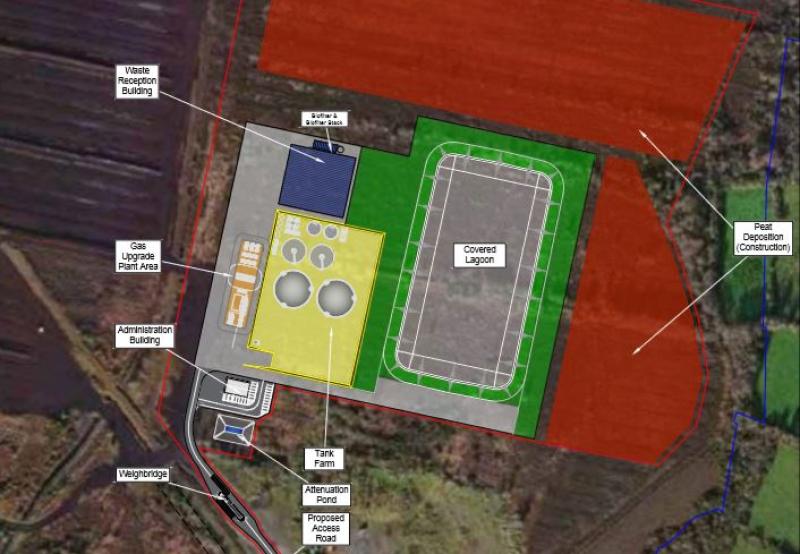 A public meeting is set to take place this week in Portlaoise as residents group set out on a campaign to halt a waste development planned by one of the biggest State-owned companies in Ireland.

Residents are inviting everyone in Portlaoise to the meeting on plans for a major organic waste recycling plant and renewable energy production to be developed by Bord na Móna which also owns the big waste company AES.

Bord na Móna wants to build a facility that will rapidly rot 80,000 tonnes of household and other organic wast near Portlaoise. It hopes to generate gas as a byproduct of the process.

Around 3,000 tonnes of a solid by-product is expected to be produced per year and Bord na Móna plans to use this as landfill cover at Drehid landfill in Kildare.

The proposed site for the new plant is at the Coolnamona boglands, Togher at the Mountrath Road just off the Junction 18 interchange on the M7 motorway.

Extensive work has to be carried out to facilitate construction which is to be the subject of a planning application to Laois County Council.

Bord na Móna plans to spend €1.5 billion in renewable energy as it moves away from peat production.

Residents are concerned about the impact on their homes from the process and the large amount of truck traffic they believe will be needed to bring waste to the plan. They also fear the waste will be imported to be rotted through the anaerobic digestion process.

Portlaoise county councillors and local TDs have already backed the residents who have been gathering support about the project since Bord na Móna held public consultation meetings in Portlaoise earlier in 2018.

The meeting takes place on Thursday, October 17 from 8-10pm.