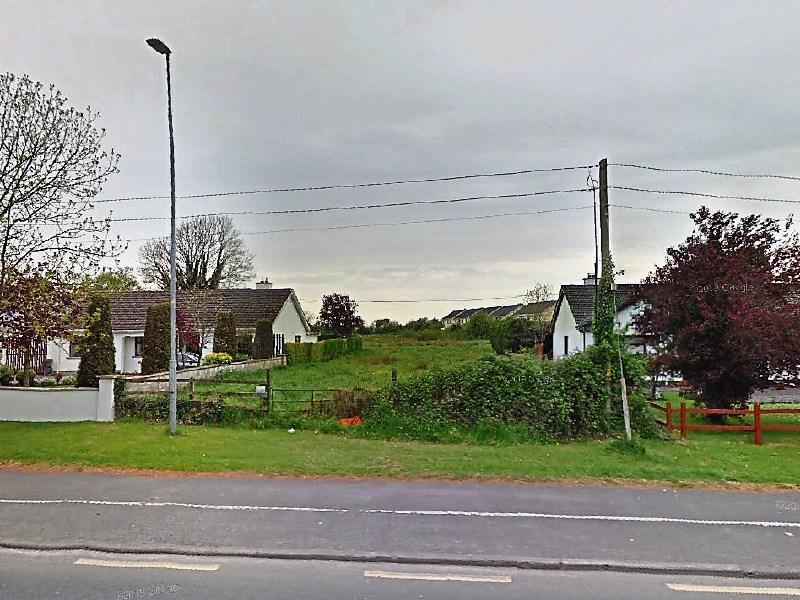 The entrance to the proposed new social housing estate on the Abbeyleix road in Portlaoise .

A Portlaoise councillor has tried unsuccessfully to stop two-storey apartment blocks being built on the Abbeyleix Road for people on the council's housing waiting list.

The plan had met with objections by nearby residents during public consultation but with alterations, councillors approved it at the October council meeting.

Cllr Catherine Fitzgerald who lives nearby tried unsuccessfully to stop apartments being in the plan.

“I just think it’s not proper planning. I really believe this is not in the town centre. We shouldn’t be setting a precedent. There have been numerous requests from residents to remove the apartments. I’m not objecting but I ask that you remove apartments and replace them with ordinary houses,” she said.

"I don't want apartments. I don't want to stop any social housing. Rural Portlaoise that's the address Curriersbog is. Most of the people using them don't even have transport," she said.

“We have over 700 people on our housing list needing a one or two bed home. Even with the CBS, county hotel and convent that's only providing a fraction. We've been discussing this site quite a number of years. It would be a regretful step if it wasn't passed,” he said.

Curriersbog will get 15 apartments in four blocks, a community facility, 12 two storey houses and 12 bungalows, many for people who are elderly or single. It will be built by Respond on a field behind bungalows on the N77 Abbeyleix Road, beside the Abbey Court estate, and 1km from the town centre.

Michael Rainey is the Director of Services for Housing.

“We need spades in the ground as soon as possible. We have made alterations to the design, it wouldn't be possible to approve a Part VIII on condition that a design element be taken out. We would have to go back and start the part VIII again, pushing it back six months,” he said.

"It would be crazy and reckless of us to hold up this process today. We are talking about people homeless, stuck in shelters. This would hold up this for more than six months," she said.

She was seconded by Cllr Aidan Mullins.

"It is essential we get this up and running as soom as we can. I'd love to see this in Portarlington. The apartments are only two storey, houses are built taller than that," he said.

Cllr Fitzgerald instead asked that large windows in the upstairs apartments would be flipped around so they don't overlook existing gardens, this was agreed as a minor alteration and the plan was then approved.