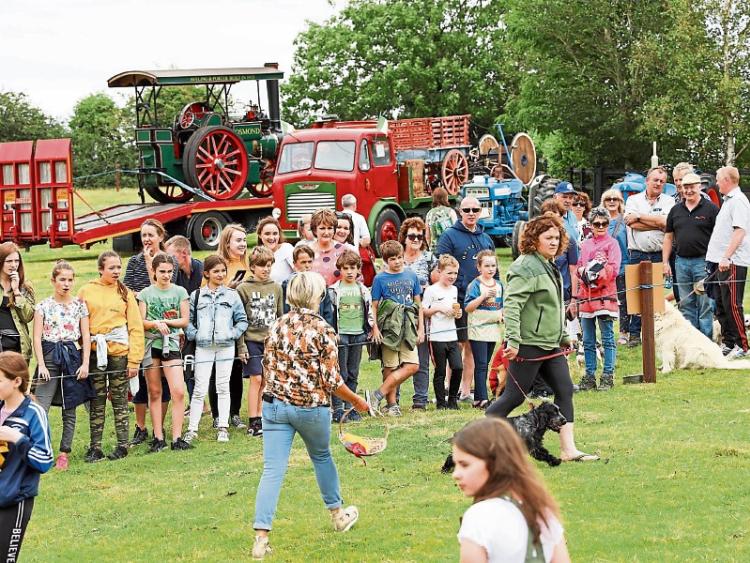 The Folly Festival in Cullohill was among the events to get Laois Partnership backing.

Laois Partnership is at the wrong end of the table when it comes to spending some of the €5 million available to stimulate job creation and help communites around Laois.

As a result, the agency, which oversees the spending of grants for rural development in Laois, has missed out on an extra €500,000 in cash for projects.

Laois Partnership's counterpart in Offaly is among the “the ten best performing groups” to get the extra cash.

Laois Partnership has €5.3 million in LEADER grants to spend between 2014-2020. Figures from the Department of Rural and Community Development show that it has the lowest ranking when it comes to percentage of allocation approved. Just 17% of its funding has been allocated.

Up to date figures from Laois Partnership show that nearly half of its funding is either approved or provisionally approved.

Peter O'Neill is the chairman of Laois Partnership.

While accepting that there is a lag in the spending, he remains confident all the money will either have been spent or allocated by the time the scheme expires in 2020. Money not spent or allocated in Laois by then will be forfeited.

Mr O'Neill believes that part of the reason the spending record is behind other organisations is due to the fact that Laois Partnership has focused its efforts on helping community schemes under a social inclusion scheme which has a budget of €1 million.

The Partnership has worked closely with six communities to help to develop community plans which set out goals for development.

An instance of what has been achieved is the conversion of the former convent in Mountrath. The Bloom HQ hub was developed with the help of the funding.

He admitted that other projects would not reach fruition, but others communities would have replacement projects.

He said the Partnership had to work closely with people in Ballinakill and some groups which required a lot of direct assistance to get projects off the ground.

He said if the funding organisations are being supported for rapid progress Laois Partnership could refocus on enterprise projects when the next grant scheme begins. However, he said this could see communities taking a back seat.

He said he had “absolutely no doubt that the money would be spent.”

In a statement the Department of Rural and Community Development said some groups are not approving LEADER projects as quickly as others. It said the Department has been engaging with those groups who have not been performing well, to encourage an increase in their approval of projects. The statement said such groups are confident that they will have all of their project budgets allocated by the end of 2020.

Under the rules of the LEADER programme, all project funding must be allocated by the LAGs by 31 December 2020. Project promoters are afforded time after being awarded funding to complete approved works. Claims for payment of LEADER grant aid may be processed up to 2023.

“The Department is optimistic that those LAGs which have not performed well to date will increase the value of their project approvals substantially in the coming months. However, as the Minister has previously stated, if some LAGs do not make sufficient progress in delivering the LEADER programme over the coming months, consideration may need to be given to redistributing their unallocated funding to LAGs that are performing well and have demonstrated a need for additional funding.

“The Department continues to review the performance of all LAGs on an ongoing basis ,” it said.