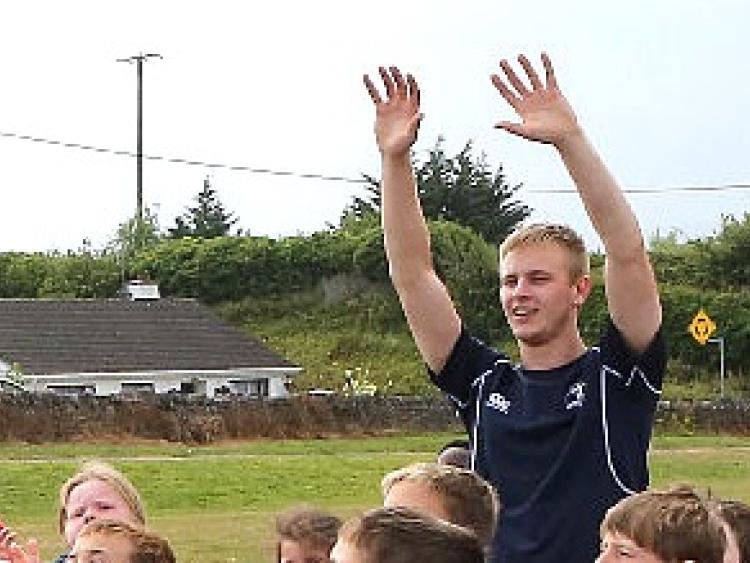 Richard Nicholls from Portlaoise who has been critically injured in Australia.

A Laois man has been critically injured in a hang gliding accident in Australia.

Richard Nicholls, 26 is from Portlaoise. He is the only son of Harry and Trish Nicholls and the family are visiting Australia for a wedding.

It is understood that Richard and his hang gliding instructor fell from the hang glider on Wednesday October 30.

The instructor died at the scene. Richard was rushed to Gold Coast Hospital after the crash at Pat Morton Lookout, Lennox Head in New South Wales.

A source spoke to The Sun newspaper.

"Richard was lucky to survive this incident and he is still in a critical condition in hospital.They're keeping him in an induced coma at the moment because of his injuries. But doctors are hopeful he might improve over the next few days enough to be brought out of it. The incident has caused great shock back at home and everyone is rooting for him to pull through."

Richard is a player with Tullow Rugby Club in Carlow but began playing rugby with Portlaoise Rugby Club where Harry is also a committed member.

"We understand that his condition is serious but all the signs are positive. We are all in shock, they were due back from their holiday next week. We send Richard the best wishes for a speedy recovery," he said.

A New South Wales police spokesperson gave details that Richard was treated on the scene by NSW Ambulance paramedics, before being winched off the cliff via helicopter and flown to Gold Coast Hospital in a critical condition.

‘Officers from Richmond Police District established a crime scene and commenced an investigation into the circumstances surrounding the crash.

‘The Sports Aviation Federation of Australia are assisting police with inquiries. A report will be prepared for the information of the coroner.’