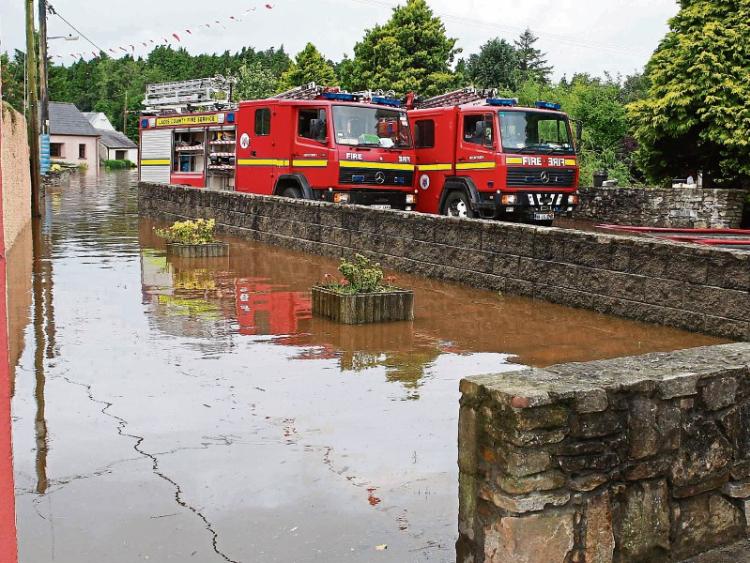 The Laois town of Mountrath has failed to make the priority list for flood relief works but local people are afraid of being flooded out, councillors have warned.

The town was risk assessed and considered not to be a top priority for flood defences by the Office of Public Works (OPW), by failing to meet the required Cost Benefit Ratio.

However, people fear flooding say local councillors. The Whitehorse River flows down from the Slieve Blooms through the town and has regularly flooded areas in the past.

They were asking for work to prevent flooding at Ollie Nolan’s house in Mountrath.

Cllr Kelly also asked for the council to do interim work to protect Stillbrook and the town's Playground, as a matter of urgency in the Laois Flood Relief Scheme.

Cllr Kelly said that people are in fear.

“These are three major issues that have been impacted whenever heavy rains come, they get flooded.

“Mountrath didn’t make it in but now it’s back in the top five for further financial assessment. People are in fear of flooding all the time,” he said.

He said a pipe under the houses is not fit for purpose.

“The fact is that the Whitehorse river hasn’t been cleaned out. In the summer there were islands in it that you could cut grass on,” he said.

“Pipes from the back of Nolan’s residents are full of silt and weeds. There is massive concern with flooding heading into the winter,” he said.

“I fully support this, I know from Mountmellick that the fear of flooding is a terrible thing, ” he said.

Edmond Kenny, area engineer, replied on behalf of the counicl council. He said the council has done a survey and preliminary design to relieve flooding has been done on properties impacted in the Shannon Street area in advance of the OPW's overall scheme.

He said the council will apply for funding from the OPW for this interim work adding that , the OPW is establishing a framework of consultants for its next assessment of Mountrath.