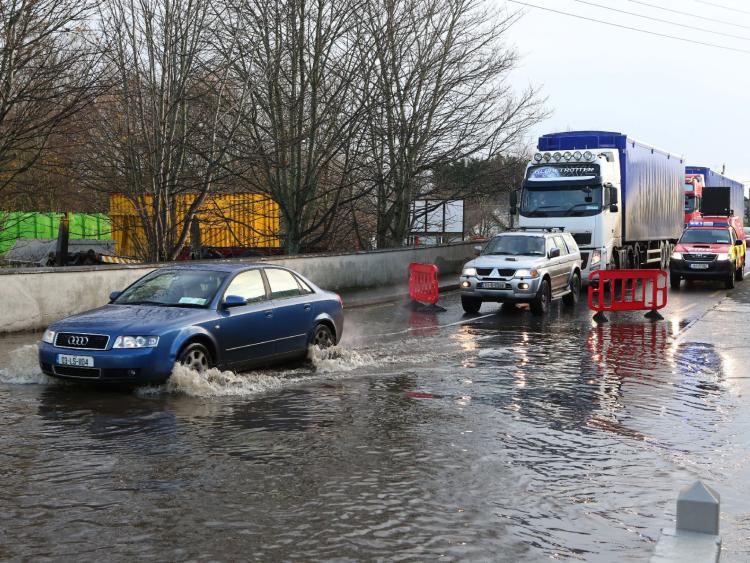 A previous flood on the Barrow Bridge in Portarlington. Photo: Michael Scully.

A Laois councillor is hoping for no heavy rain this winter because one of the biggest rivers in Laois is blocked.

“I hope there is not heavy rain in the next six months as part of the river is blocked,” were the optimistic words of Cllr Seamus McDonald about the River Barrow in October.

He tabled a motion to the monthly meeting of the Borris-in-Ossory Mountmellick municipal district for an update on cleaning the river from the Bornass to Tinnahinch Bridges.

Laois County Council said its is in the process of preparing a three year multi-annual programme for maintenance works on the River Barrow upstream of Mountmellick.

Once approved, that programme will run from 2020 to 2022, it is understood without need for further paperwork.
“I welcome that report. The Barrow is in a terrible state for cleaning in that area,” Cllr McDonald said.

Cllr Paddy Bracken from Mountmellick seconded his motion.
“This is something that needs priority,” he said.

Cllr Conor Bergin noted that of the councillors’ 18 motions at the meeting, six were about either floods, drainage or bridges.