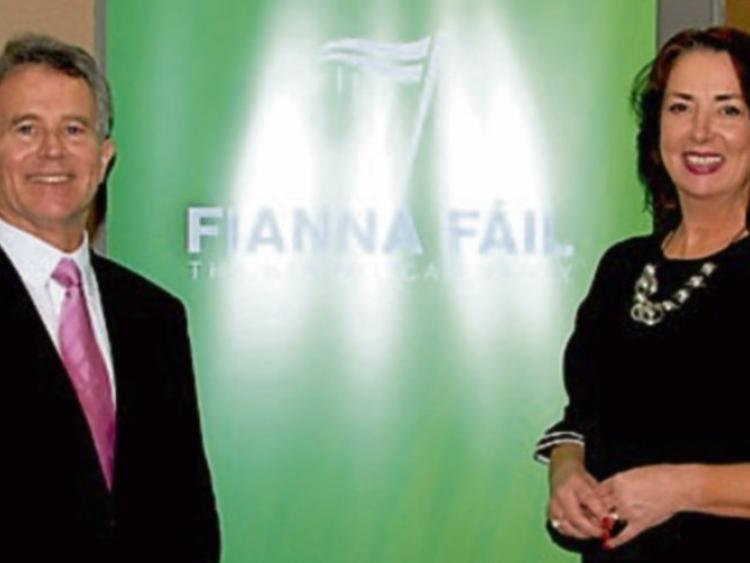 Nearly a year after selecting its General Election team Laois Fianna Fáil has completed a review which has resulted in no change in the selected ticket.

Up to 100 members of the Laois Fianna Fáil Dáil Association met this week in Portlaoise to confirm the ticket ahead of the expected General Election in 2020.

Despite some speculation earlier after the local election which saw Ms Madigan, who has changed her name to Flanagan, lose her seat on Laois County Council, the meeting concluded with no-change.

Ms Flanagan is understood to have spoken enthusiastically at the meeting but also acknowledged her 'hurt' at the loss of her seat in the Portlaoise Municipal District. The seat had previously been held by Cllr Jerry Lodge.

The meeting was also urged to be ready for an election with a source indicating that people could asked to go to the polls in February.

There had been some speculation after the meeting that former TD and Minister for State John Moloney would replace Cllr Madigan as part of a concerted effort to unseat Sinn Féin TD Brian Stanley.

Prior to the meeting, Ms Flanagan explained her reasons for a name change from her maiden surname to her husband Gerry's name to whom she has been married for the past 22 years.

Ms Flanagan said in a statement that the decision was not made lightly and was also politically motivated.

"After losing the local elections, one of the reasons cited was not having a connection to the local area.  Although I am actively involved in various local community initiatives such as local schools and the GAA, a lot of people did not make the connection between me and my husband, secondary school teacher Gerry Flanagan or with my son Frank Flanagan who is actively involved with Portlaoise (and Laois) football and hurling GAA.

"My grandfather-in-law Denis Coogan also lived on the Main Street in Portlaoise and was a regular fiddle player and punter in Hume’s bar in his day.  My husband Gerry was reared near Kinnity in Offaly.  Many people were unaware also that I had two other children Meghan (age 23) and Paul (aged 15)," she said.

"I am humbled, honoured and excited about what lies ahead in the coming months.  I have always loved politics and I am passionate about making a difference for the better in people’s lives, no matter how small or big that difference is.

"There are many issues not just in Laois, but that are of national importance that are important to me, not least issues in relation to health, housing, tourism, business, inclusivity and education. I know I have what it takes to not just win the next election, but to also be damn good at representing the people of Laois/Offaly when I get into Dáil Eireann," concluded Ms Flanagan.

Ms Flanagan holds a BA in Theology and Economics from St Patrick’s College, Maynooth, an MA in Public Relations from DIT and a Doctorate in Education from the University in Sheffield, UK.

The statement said she is an active participant in various communities in Laois and has worked with the National Steam Rally in Stradbally as Secretary/PRO and has also been involved with Portlaoise GAA and Rugby clubs and Portlaoise Parish Centre.   She also plays GAA football with ‘Mothers & Others’ in Portlaoise.