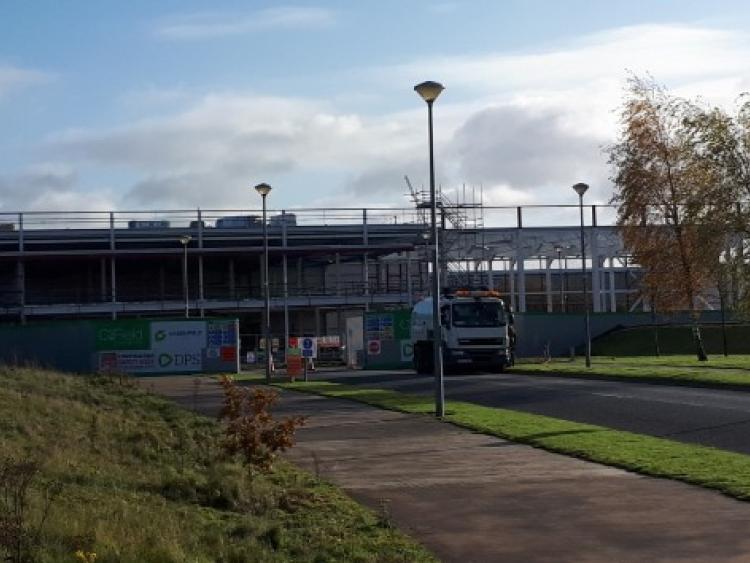 Work underway at the Greenfield Global plant in Portlaoise.

Construction work is well underway at the site of a €30 million investment by a Canadian company at its first European operation in Portlaoise.

Ken Finegan, Managing Director, Greenfield Global Ireland, gave an update to the Leinster Express on how work is proceeding at its plant in the Laois town's IDA Business Park.

"Construction is progressing nicely with the steel frame fully installed. We hope to have the facility weather tight by December. Building schedule remains on track for completion May 2020," he said.

Mr Finegan also confirmed that work is also underway in building its team.

"We have made our first senior executive hires and we were delighted to have found highly skilled people from the local area. We will continue to recruit as we start to commission our building next year," he said.

The project, which was announced in April 2019, is due to deliver 100 jobs in the construction phase to the Laois county town. A further 75 jobs will be created in what the company terms its first phase of operation in Ireland.

The company said in April that Laois was chosen because of its location close to the customer base in Ireland.

Greenfield supplies raw material used by many of the big pharmaceutical and biotech companies such as Pfizer. It has been supplying from outside Ireland for a number of years.

Greenfield visited 31 other sites before choosing to locate in Portlaoise.