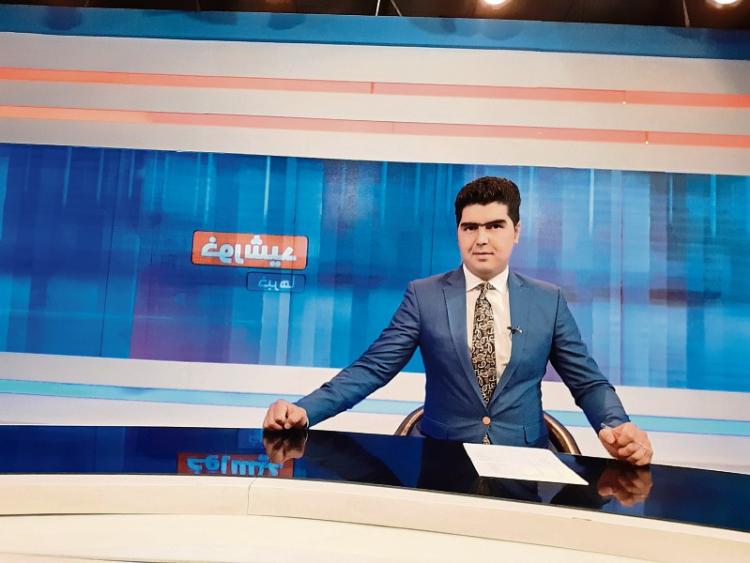 A television news anchorman from Afghanistan has ended up in a direct provision centre in Laois after escaping in fear of his life from the Taliban.

Sayad Farid Sanai led the 6 O’Clock news on Kurshid TV. He was forced to flee his country in October after gun and bomb attempts on his life.

The journalist paid $15,000 to a friend of a friend who got him on a plane first to Turkey, then to safety in Dublin in mid October where he went directly to the International Protection Office for help.

He was then sent to the East End Hotel in Portarlington, a temporary Direct Provision centre.

Now Farid is asking for urgent government action to process his refugee application and get his family out of danger and brought to Ireland.

His wife Nilofor and 10 month son Sayed Keyanoosh Sanai could not leave with him because they had no travel documents or time to gather them Farid said.

With his mother and his four brothers they are all now forced into hiding because of threats on their lives over Farid's journalistic work.

He spoke to the Leinster Express.

“The Taliban sent me a letter to say because of you we will kill all your family and brothers if we find information where they are.

“I am worried about my family. One day is like 100 years, I think about them all the time, I cannot sleep or enjoy the taste of food. I have called them and my wife just cries on the phone. They can’t go out, they don’t know what will happen next. God help us,” the journalist said.

He was working for the past six years as news anchor on the station.

“I love my job, I love working in media. I had a very good life, a good job and salary, a beautiful car and beautiful house and my family. I am a celebrity there, people stop me in the street for autographs,” he said.

“Unfortunately I had to broadcast the truth, the Taliban killing many people, exploding different places. As a human and as a journalist I cannot just be silent,” he said.

He describes the oppression still felt in Afghanistan from the extremist group.

“The Taliban is a very dangerous powerful group. They get everything they want. The police, the hospitals, they destroyed it all, sending lorries with bombs. Near to my house one night they sent a person who exploded himself and killed about 200 people, young children men and women. They do anything, they are not human, the say they represent Islam but Muslims cannot kill other humans. They show Islam in a bad light,” he said.

The first attempt on his life was on a bus that Farid and his colleagues were meant to be on.

A passing bike bomb blew it up and killed two of his co-workers.

Then a motorbiker pulled up beside his car near his home and shot at him, with his wife and son also in the car.

“The Taliban wrote to me, sent messages and called me from different numbers, telling me to stop and leave or they would kill me and find all my family, my mother and brothers and kill them,” he said.

“I really request the people of Ireland to help me. This group will kill my family. I’m not coming to Ireland as an economic migrant, I had a good life, I am here to save my life,” he said.

Mr Sanai said Portarlington has been welcoming to him and others at the centre.

“From the day I came to Ireland I have only met good kind people. At the IPO and in the hotel. When I go to the supermarket or the hospital, I am faced with good people. It’s a totally different society but very kind,” he said.

Below: Farid (centre) at a recent welcome day for residents of the Direct Provision Centre in the East End Hotel in Portarlington. Photo: Michael Scully 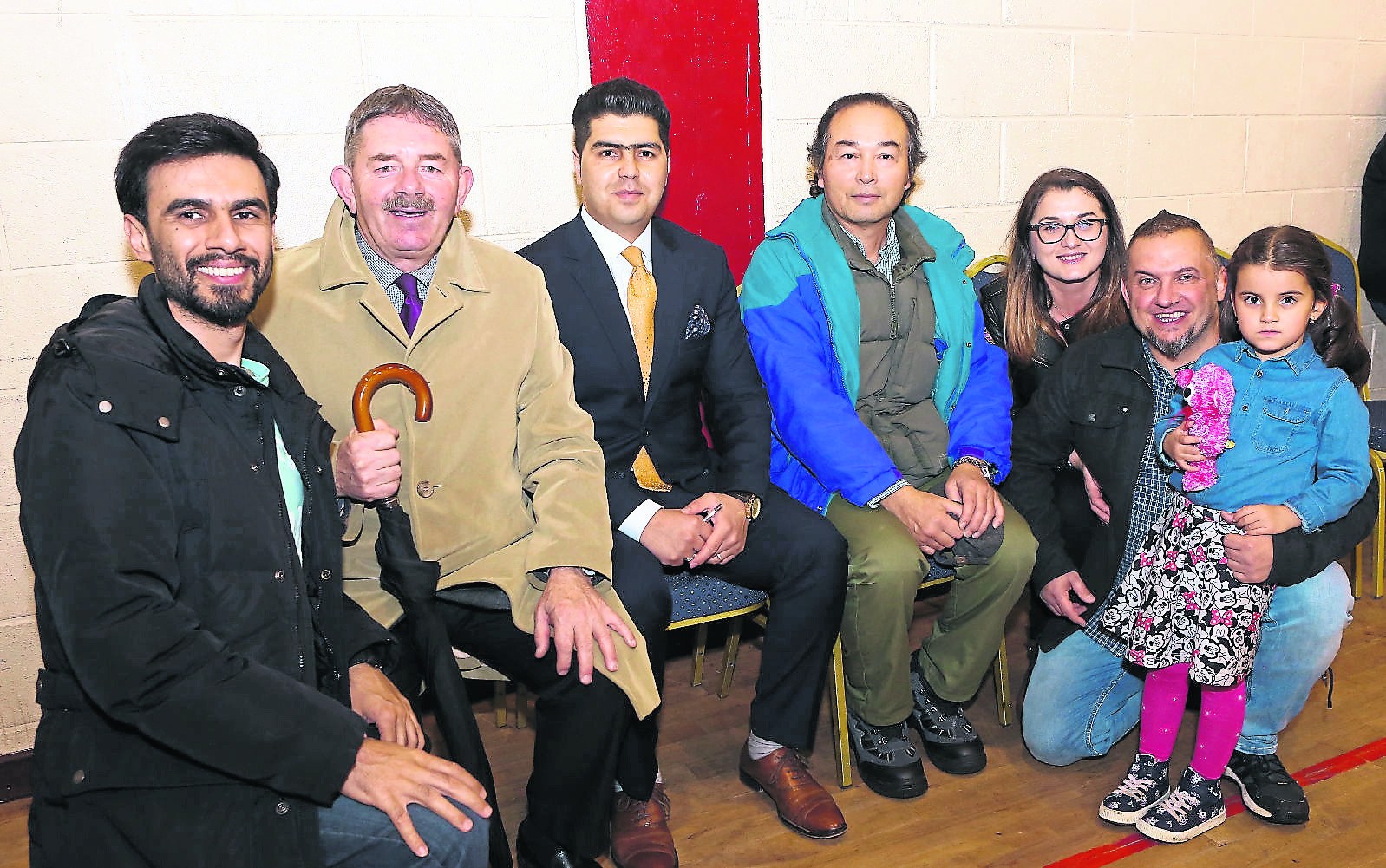