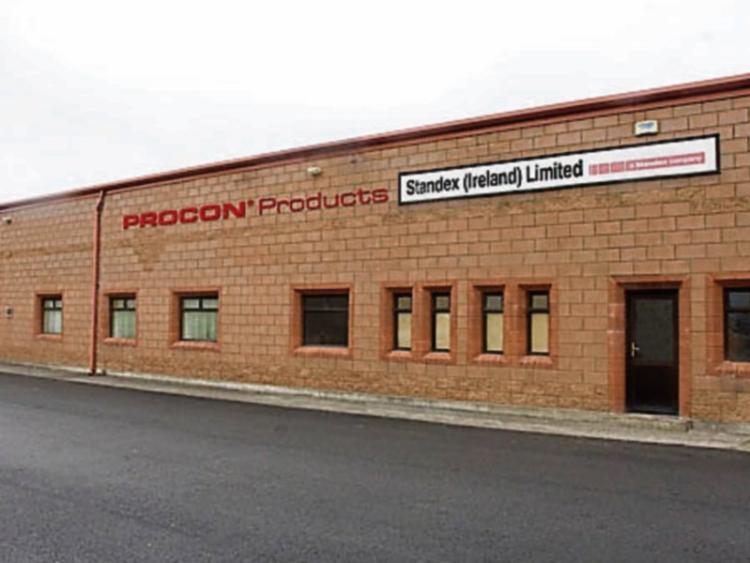 All production staff in a Mountmellick factory are facing shorter working hours until 2020.

The company and staff of Standex Ireland have agreed to a compromise to spread the pain of shorter hours amongst all SIPTU union staff.

The original plan by Standex was to put 29 of their 60 staff on a three day week, made known to shocked staff in late October. A seasonal loss in demand for their products, pump components, was cited.

However SIPTU on behalf of staff had a discussion on Thursday November 7 with the company via the Workplace Relations Commission, and an alternative was agreed by staff in a meeting on Monday November 11.

Now all 45 workers in the SIPTU union will share the cuts, taking alternate five day/three day weeks. The rota will be reviewed monthly.

The other 15 workers are office staff and are not in the SIPTU union.

Standex has two units in the town at the MDA and in Acragar. The US company employs about 60 staff.

Kevin Egan is the General Manager of the Irish operation.

He told the Leinster Express late last week that less than half of the workers would be put on a shorter week. Mr Egan said full hours would more than likely resume in early 2020 and not before Christmas.

“Obviously nobody likes news like that. I regret it had to come to this. We don’t want to see this happen. It happened before but it’s many years ago.

“We are aware of our responsibility to the community and that’s why this was a last resort. However we are confident that we will be back to full production in a number of months. The critical thing is that no-one is losing their jobs,” he said.

Mr Egan said that there is a quiet manufacturing period every year.

“There is a period of time that is always quiet at this time of year. Usually we can plan around it, but this year it was not possible to get around it. Normally a temporary pool of people is brought in at the busy time and released in quieter times and we manage,” he said.

“It’s a temporary situation where we do not need to manufacture parts. We are confident that we will get out without difficulty. We expect to be back to full hours within a couple of months,” he said.

In a statement made initially, Standex cited “market softness”.

“Unfortunately due to market softness, we have planned to temporarily institute a shortened work week for some of our employees at the Mountmellick plant. We do expect market conditions to recover and ultimately return to a more typical schedule of production.”

Standex Ireland opened in Acragar in 1978 supported by IDA. Last year it celebrated 40 years with special presentations to its longest serving workers.