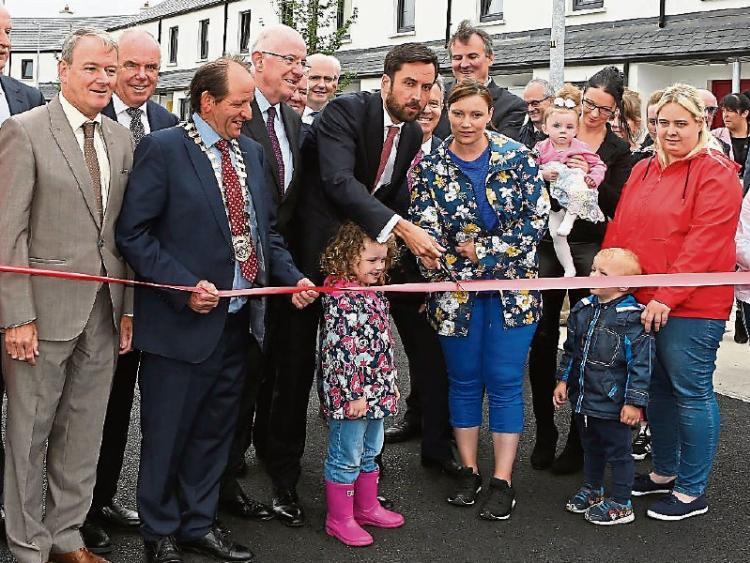 The official number of people waiting for a Laois County Council home is less than half of the real number.

The housing figure is "camouflaged" by government policy, it was heard at the November council meeting.

There are about 700 people on the council's housing list.

However the real figure is more like 1,700 according to the council's Housing Officer Michael Rainey.

Housing Assistance Payment introduced in recent years pays the private rent for low income households who qualify for a council house and are waiting for one to become available. The tenant then pays a rent contribution to the council based on their income.

Tenants who take HAP are told they are removed from the housing list. They must immediately apply in writing to be added to a transfer housing list if they want to still be considered for a future council house.

"It may only be a short tenure but you are deemed to have your housing needs met. Two years ago the number was at 1,700. Now it's only around 700 but the fact is we still have 1,700 because 1,000 are in receipt of HAP. It's a government policy decision.  It's up to you to call on the Minister to change the policy," he said.

Mr Rainey did add that when offering houses to tenants, local authorities are obliged to allocate people from both waiting lists.

"For Conniberry estate we had six or eight tenants from the transfer list," he said.

Councillors want to meet Minister for Housing Eoghan Murphy in Dublin to ask him to change the policy of taking HAP recipients off the official housing list.

Cllr Padraig Fleming tabled a motion to the meeting to ask Minister Murphy to remove a paragraph from the HAP acceptance letter that tells tenants they are off the housing list as their housing needs are met.

"Over the last year I've got a lot of calls from people who are angry and don't understand.That language is strong and tough and negative, it scares people," he said.

"People have to go on HAP because there is no council houses there. they are in no-man's land, in torture," he said.

"HAP only camouflages the figures. This is totally unfair, leaving people to the insecurity of private landlords," said Cllr Catherine Fitzgerald.

The council will write and request a meeting.