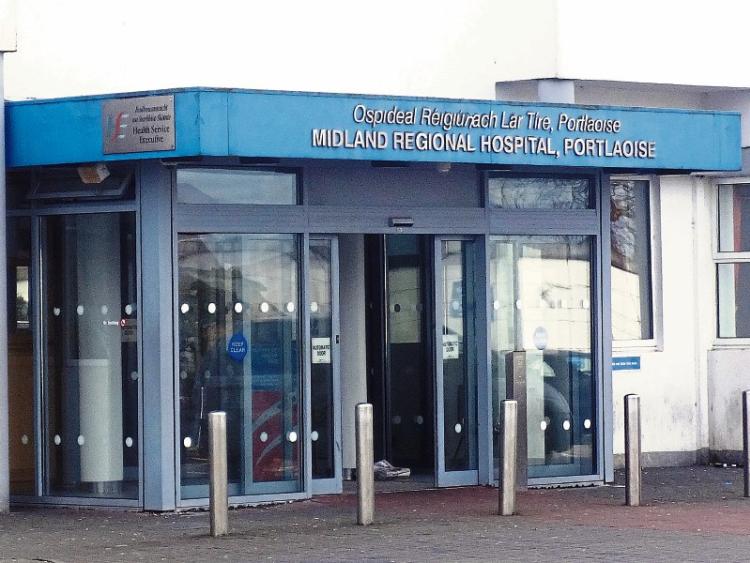 More than 20% of Laois residents opted to give birth in hospitals other than the Midland Regional Hospital Portlaoise which has a maternity unit, according to the annual Health Service Executive figures provided to Sean Fleming TD.

While women living in Laois make up the biggest contingent of births, the figures also reveal that Kildare residents outstrip Offaly residents by three to one as the biggest source of activity for the hospital's maternity unit.

The information from the Hospital Inpatient Enquiry (HIPE) database shows that 1,028 Laois women gave birth at hospitals in 2018.

Of these, 820 gave birth in Portlaoise hospital. Nearly 150 parents travelled to Dublin to deliver. Most, 94, went to Portlaoise's sister hospital, Coombe Women & Infants University Hospital. Portlaoise and the Coombe form part of an integrated network set up in the wake of the 2014 controversy when it was revealed that five babies had died in Portlaoise.

The figures provided to Deputy Fleming also reveal that more than 50 other Laois residents opted for either the Rotunda, 32, or the National Maternity Hospitals, 23 in Dublin to deliver.

The figures also show that 59 women opted to have their children in St Luke's Hospital in Kilkenny.

The information also reveals details about where women from other counties who give birth in Laois live.

A quarter, 374, of the 1,398 women discharged from the maternity unity last year lived in Kildare. The vast majority, 1,863, of Kildare women chose to give birth in the Coombe.

Offaly natives formed the next biggest cohort of maternity patients at 109 last year. Despite being part of the same hospital group and HSE community care network, Portlaoise is the least popular hospital for pregnant Offaly women. Less than 14% of the 770 Offaly women who gave birth last year opted to give birth in Portlaoise. Some 391 went to Mullingar while 270 women opted for Portiuncula in Galway.

Tipperary, 72, Carlow, 17, Wicklow,6, were the other counties in the Portlaoise figures.

The figures also confirm previously published figures that the number of women who gave birth in Portlaoise fell back by 7% on 2017 when there were 1,532 births.

Dep Fleming said the Government continues to undermine the hospital by what he claimed was an uncertainty created over the past two years.

He said the Minister for Health Simon Harris is still considering a report to close the maternity unit, A&E, ICU, paediatrics and other services in a substantial downgrade proposed by HSE management on the back of the 2014 controversy. The Minister promised at the end of 2017 to set up a consultation group chaired independently to consider the plan.

"This do-nothing approach by the Minister is harmful to the hospital," he said.

Dep Fleming wants the Minister to confirm if services will continue and commit to further investment in the hospital.