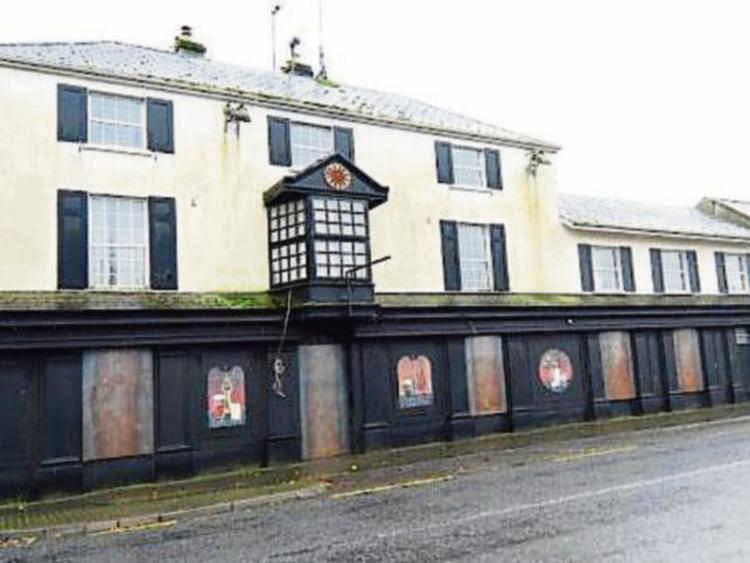 A famous 1980s hit by the Eurythmics star Annie Lennox was used at a Laois County Council meeting to highlight the risks caused by derelict buildings.

Speaking on a motion about footpaths Cllr Conor Bergin said said fallen glass and other debris is now common in Borris-in-Ossory and is now a health and safety issue.

“The issue isn’t just about footpaths. When you are walking down Main Street there are a few derelict buildings. There are the Leix County and Whytes Hotel. I’ve had reports recently of glass and slates falling from those buildings onto the street.

“It is a bit like the Annie Lennox song ‘Walking on Broken Glass’ she must have been talking about the Main Street in Borris,” he said.

“If a storm comes the gable end of one will fall onto a residence a family is living in,” he said.

Both councillors were speaking after Cllr King had called on the council to examine the footpaths on Main Steet and provide for funding to repair and replace where necessary.

Cllr Conor Bergin said the stretch from the footpath to the Leix County Hotel to the national school should be looked at because there is heavy traffic on it every day.

Cllr Kelly said funding will have to be found for the work because it is a long stretch of footpath. “It would be a big job,” he said.

Cllr King asked if Borris could be the subject of a plan that could deliver projects such as the footpaths.

Cllr Kelly said funding has already been allocated to the courthouse and surrounds.