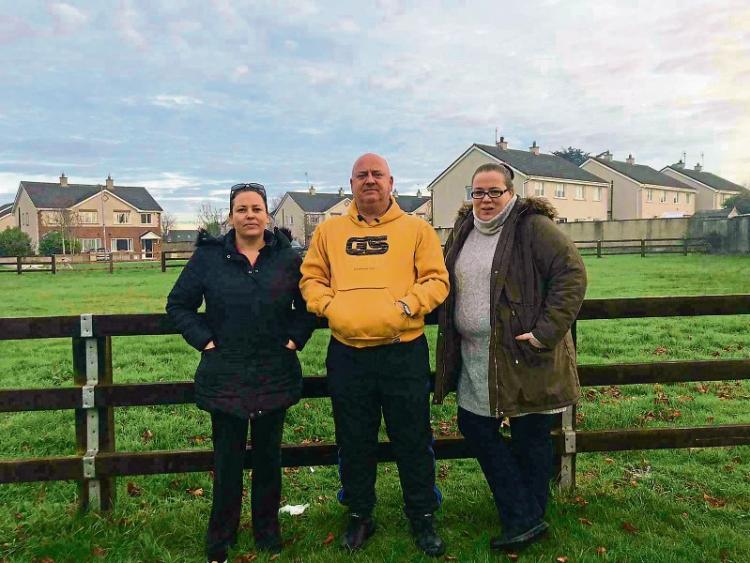 Local objections against building six council houses in a private owned estate in Mountmellick have failed to stop a go-ahead by Laois County Council.

Residents of the 66 house Silverwood housing estate along with local councillor Paddy Bracken had lodged objections.

The 0.19ha site is beside the estate's green play area. It is zoned for housing and was recently bought by the council. The council plans to build six single storey maisonettes on it.

However residents say they cut grass on the site and children played on it as part of their green for the 18 years since the estate was built.

They made 43 submissions against the plan.

In a letter signed by 96 people, the residents association said that adding social houses to their private estate built about 18 years ago would have a detrimental effect on the value of their homes, and would “devastate” the amenity area, creating a health and safety issue for children playing on the green.

They have concerns with a struggling existing sewerage system. They said it would “devastate the amenity area, creating a health and safety issue for the many children that play on the green area every day”.

They said that the design would encroach on the existing area, would take from the visual appearance and create an eyesore.

They said the location of seven new parking spaces for the six houses would create a dangerous traffic safety issues for drivers and pedestrians.

It would also require the removal of their stone entrance sign and large trees at the front of the estate they said.

“The residents have been solely responsible for the upkeep of the estate for the last 18 years. Not only has the developer never maintained any of the open spaces, Silverwood has still not been taken in charge,” they said.

They suggested other locations for new houses, a derelict site in their estate, or a site between neighbouring Kirwan Park and Cullenbeg.

In his letter, Cllr Paddy Bracken said that the six 2 bedroom houses for up to 24 people had inadequate parking, with potential for traffic accidents. That it took from green amenity space, that bins would be at the front of the new houses.

He said it would “have a serious negative impact on the value of properties”.

The plan was put forward for Part 8 planning approval at the November meeting of Laois County Council.

Cllr Bracken then said he was “totally opposed” and “quite disgusted” that two councillors from outside his electoral area backed it.

“It is a scandal to think you bought this land and are going to destroy this estate. Slap it into Mountmellick. Slap it into a private estate,” he said.

The CEO John Mulholland commented to say that social housing was an absolute priority.

“We must cater for those on the housing list with special requirements such as the elderly or special needs. We know people require sheltered accommodation and this council is to have a compassionate nature and try to draw down as much funding as we can. We wouldn’t be putting something in front of you if it did not accord with local planning,” he said.

Housing officer Michael Rainey said that the land bought had been fenced off for residential development and was not part of the open space amenity.

The matter was put to a vote and passed by 12 votes to 7, with many Fianna Fáil councillors backing Cllr Bracken.