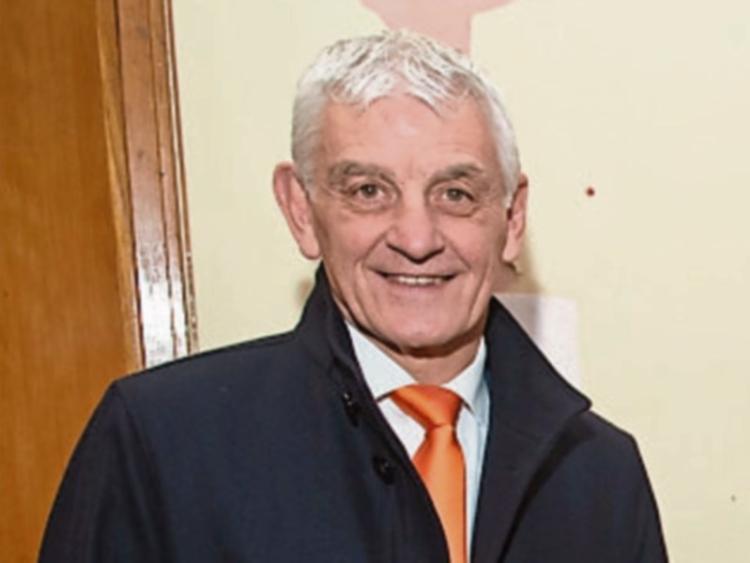 A county councillor who proposed spending €25,000 on road safety works in Ballyfin was accused of “playing the game” at a recent meeting in county hall.

Cllr James Kelly made the proposal after getting an update on what Laois County Council's plans are to address safety issues. He also called for a road safety audit.

In a written reply, Mr Farhan Naseim, Acting Senior Executive Engineer, said he would arrange a meeting on site to identify the problems.

Responding to this, Cllr Kelly said it is an ongoing issue. “It is a very busy road with the school, church and GAA field. The opinion of the local people is that the flashing speed lights are too close to the school and need to be moved. I believe ramps should be put in,” he said.

Cllr Kelly told the Borris-in-Ossory Mountmellick Municipal District meeting that the issue has to get sorted out. He said he had attended a meeting with residents in Ballyfin recently which was also attended by Cllr Paddy Bracken and Cllr Seamus McDonald.

Cllr Kelly felt the problem deserves councillors committing a lump sum available to them to the work.

“I am going to propose that the €25,000 goes to the work that needs to be done in Ballyfin. It is a serious issue and people are afraid that something serious is going to happen,” he said.

He asked the support of fellow councillors to support his proposal to “prevent a fatality”.

Cllr Seamus McDonald supported the motion as did Cllr Paddy Bracken, however, these councillors and other municipal district councillors balked at the plan to spend €25,000.

“Don’t be playing the game on it now Cllr Kelly,” said Cllr Bracken.

Cllr Kelly said the people of Ballyfin want something done, but existing funding would not be sufficient to complete what is needed.

Municipal District Chairman Cllr King said a meeting should take place on how the €25,000 should be spent. He insisted that this did not mean he was against spending it in Ballyfin.

Cllr Ollie Clooney said there were serious issues in his area.

“We all have to have a fair bite of the cherry,” he said.

Mr Donal Brennan, Director of Services, said the annual road works programme may be the appropriate time to consider.