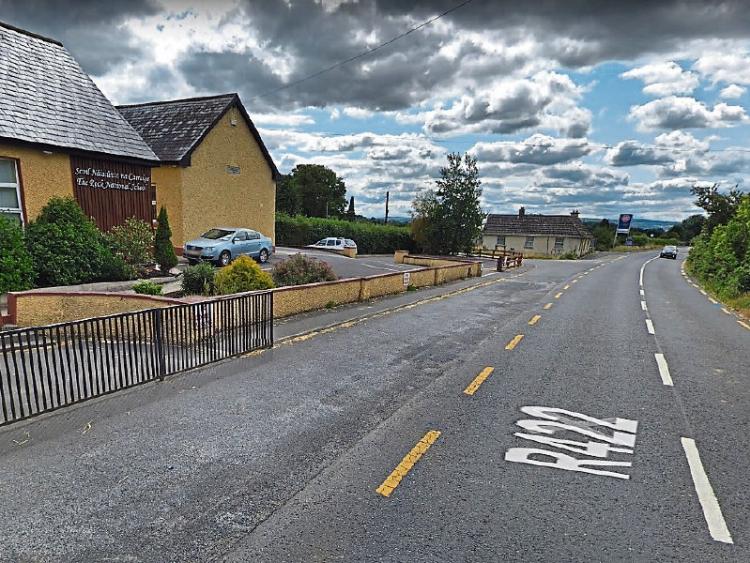 The Rock National School is located on a busy road near Mountmellick.

Fund the extension of the footpath from Mountmellick to the Rock National School, proposed Cllr Paddy Bracken to Laois County Council officials at the area's Municipal District meeting.

There was no path in the particular area of the school which had over 200 pupils, he explained. He was flabbergasted at the estimated cost of the project, he added. He did not reveal the cost at the December meeting but Laois County Council's management set out the cost earlier in 2019

Senior Executive Engineer for the area, Stan Cullen, told the March meeting of the Borris-in-Ossory Mountmellick District meeting in March that the estimated cost of the footpath is €250,000 which ‘substantially exceeds’ the budget available for footpaths.

Cllr Seamus McDonald added at the Borris-in-Ossory Mountmellick are meeting: “The sooner it’s done the better.