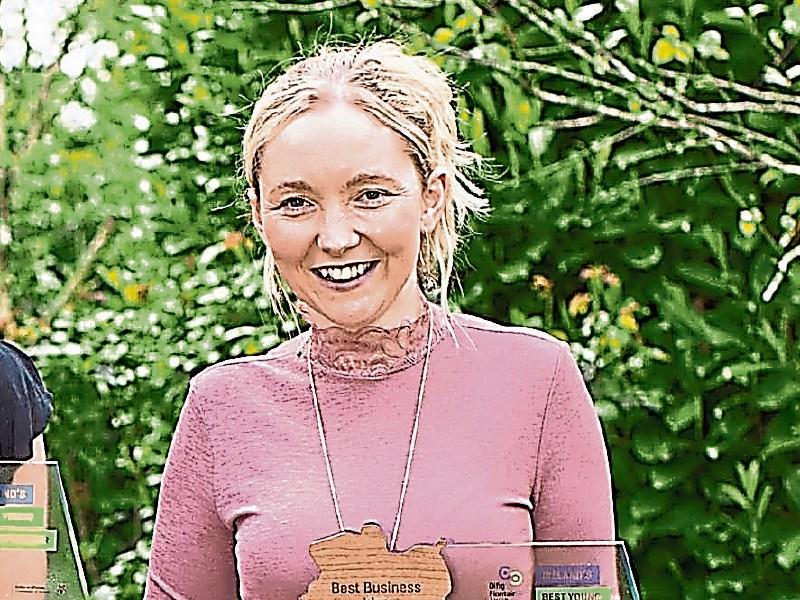 A clinical exercise physiologist and metabolic researcher with a PhD in Exercise Physiology and Metabolism, Dr Cooper is also a founding director of True Fitness, with her business partner John Bolton.

The business, which was established in 2008, is based in Portarlington.

Dr Cooper represented Laois and the region with her new business idea 'Know Your Insulin' - a point of care testing device.

Still at the development stage, the revolutionary idea will allow for the early detection of metabolic disturbance in a person's body, allowing for early lifestyle intervention and preventative measures to offset chronic diseases such as diabetes.

“My clinical work involves knowing what is happening in a person's body. At the moment we don't have the technology to show this,” she told the Leinster Express.

“What I am doing is creating a piece of technology to show what is happening in a person's body,” said Dr Cooper.

“I am creating a point of care device to measure insulin resistance in a body.

“Eventually, I am hoping it will be available on a global scale.

“As regards the development, we are looking at a time frame of three years.

“The technology will allow us to detect metabolic disturbance and diseases such as type 2 diabetes in a person at a very early stage.

“This early detection will allow for intervention and prevention.”

Once the device is developed, she hopes to go global with it, but emphasises it will be a midlands based company.

The idea grew out of her work in True Fitness and her background in weight loss and the prevention of disease.

“I suppose I was overweight as a child and that is where my interest in health and training came from.

I studied Sports Science in DCU.”

Dr Cooper has been a partner in True Fitness since 2008 where her work includes the design and delivery of the True Transformation healthy living programmes, a suite of ‘Train the Trainer’ courses, a range of health, fitness and sporting performance workshops, human health research studies, and overseeing their sports science clinic.

She acknowledges the support of Laois Sports Partnership whose support allows for the running of many community programmes.

She also emphasises the support of the Laois Local Enterprise Office, both professionally and personally, and particularly on the IBYE journey.

As well as her work in True Fitness, Dr Cooper has been practicing as a consultant and researcher in this area for the past 12 years.

She also spent nine years lecturing on the subject.

She currently works with the European Space Agency on the level of health and disease in blood.

Dr Cooper spends whatever spare time she has training for endurance events for charity which has included kayaking around the coast of Ireland and cycling around the country.