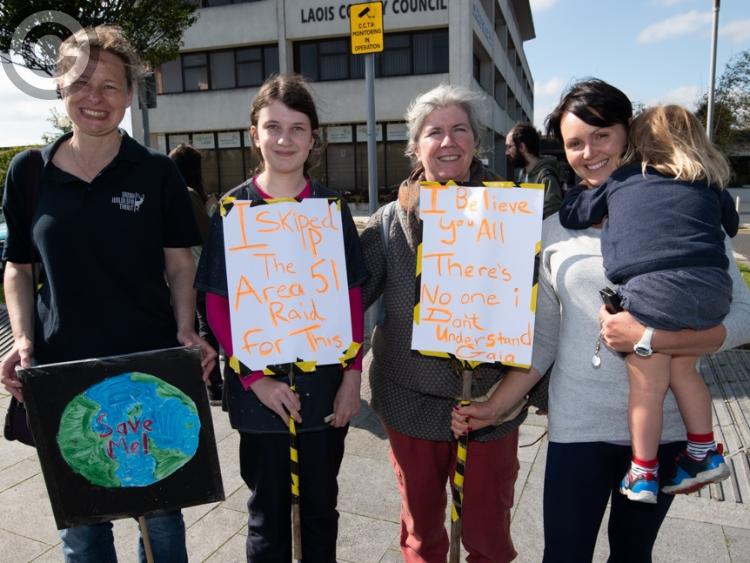 Laois County Council has signed up to a government Charter to commit to climate actions but the document is “a lot of waffle” according to a councillor.

The three page Local Authority Climate Action Charter commits all 31 local authorities to take action and work together and with central Government to reduce greenhouse gas emissions and address the impacts of “now inevitable” climate change.

The council has promised to measure its carbon impact, reduce emissions and deliver 50% improvement in energy efficiency from 2009 levels by 2030.
It must now ask suppliers what their carbon footprint is, support council employees to change lifestyles and develop links with young citizens on the climate issue, among other measures.

Cllr Aidan Mullins called it “a lot of waffle”.
“We need an action plan with targets and how they will be achieved. I see only one here, for a 50% improvement in energy use by 2030. You say you will support employees to make life changes, what the hell does that mean? Asking employers to provide information on their carbon footprint, that’s not going to happen and if it did, you won’t get a response. This charter is an optical illusion, it achieves nothing. It’s a meaningless document,” he said.

The CEO John Mulholland replied that the council has already achieved a 40% energy reduction.
“We have taken the lead in being major players in the Midland Energy Agency. Our new homes are A1 or A2 rated. Regardless of the charter is the low carbon development act and a lot of new legislation to come our way,” he said.

Cllr Caroline Dwane Stanley said the Portlaoise Low Carbon committee is getting 1,000 trees to plant but said that more public bus routes must be rolled out. She wants the council to ask all supermarkets to accept plastic packaging instore.
“There are initiatives the council can drive, less of the waffle,” she said.

Cllr James Kelly said it is important to keep people working in Laois, but “a fair amount is pie in the sky” in the Charter.

Mr Mulholland said changes must be made.
“Climate action is a hugely important area for local authorities and anyone in our community. This comes on foot of our Climate Action Plan last June. We must make changes to reduce our dependency on fossil fuels, to wind, solar and biogas. We must change behaviour in the community by example,” he said.

“I feel there is a groundswell of local opinion supporting this. There is no argument but that we are heading on a very serious course in global warming. Low lying areas flooding will affect employment, growth and migration,” he said.

“In the upcoming plan we will enshrine doing deep retrofits of houses, and building timberframe homes with insulated panels. This is truly transformational,” he said.