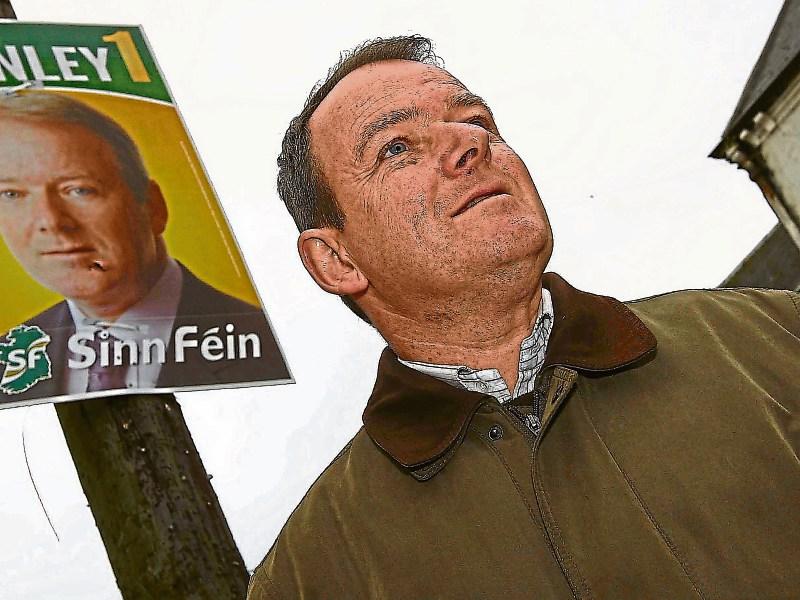 The Fine Gael/Fianna Fáil confidence and supply government has run out of road, according to Sinn Féin TD Brian Stanley.

“Leo Varadkar has, at last, had to face the reality that his government no longer can command a majority in the Dail chamber due to the continuing escalation in health and housing,” he said.

Deputy Stanley said Sinn Féin is ready for an election which he will contest in the reunited Laois Offaly constituency.

“We have ambitious policies on all of the key issues facing citizens. The crisis in health is at its most acute. Simon Harris TD and the government have failed miserably to deal with this. For nine years they have failed to give any commitment or put a plan in place for Portlaoise hospital.

“The housing situation continues to see families homeless or facing skyrocketing rents, with no prospects of either being able to buy a home or acquire a council house.

“During the term of this government carbon emissions have hit record levels and the government have failed to prepare for a Just Transmission for Bord na Mona and ESB workers in the midlands.

“Workers and families need to be given a break as they are under enormous financial pressure. A succession of stealth taxes and increase charges now need to be reversed,” he said.

“We will challenge the two establishment parties Fianna Fail and Fine Gael over the coming weeks on these issues,” he said.

Deputy Stanley is a stand-alone candidate this time after the Offaly TD Carol Nolan left Sinn Féin over the abortion vote.