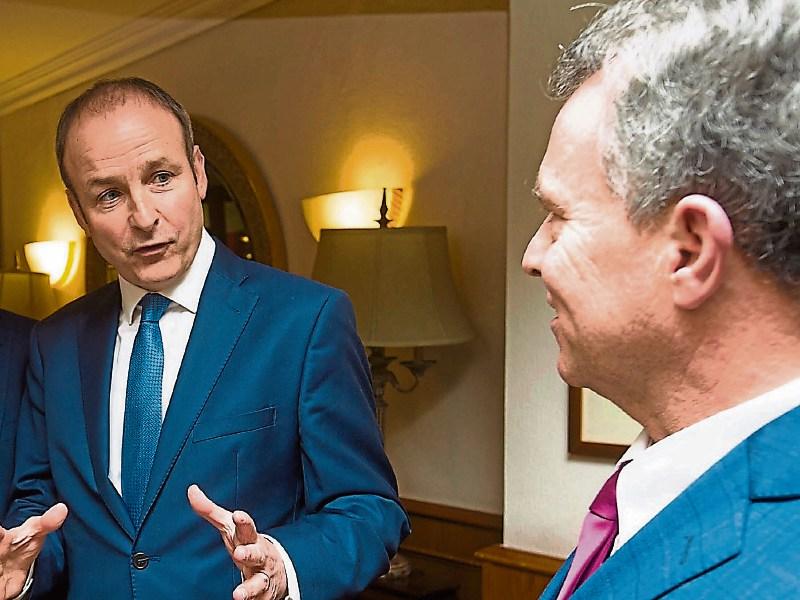 The lack of housing in Laois is the key issue facing many people and will be a major issue in the upcoming General Election campaign, according to Fianna Fáil's poll topper at the last General Election, Sean Fleming TD.

The candidate has also taken a side swipe at Fine Gael over social housing.

“The lack of affordable houses in Co Laois for people on average income to purchase means many people are facing the prospect of having to rent for life.

“People in this situation are also caught by paying very high rents, especially in Portlaoise. This has caused a double problem as when they are paying high rents they cannot afford to save for a deposit.

“The mortgage repayment on many houses would be less than the actual monthly rent and yet the Government is not allowing many people who have proven they can pay a mortgage to buy their own home,” he said.

“This Government for the first time in the history of the State has a policy of social engineering to change the culture of home ownership in Ireland to eventually turn us into a nation of renters. Many of these houses will be owned by multinational investment companies (vulture funds/cuckoo funds).

“The situation facing people on the social housing list is even worse and there has never been so few houses built by Laois County Council in recent times, solely as a result of the Government starving the Council of funds.

“Worse still is the many people who are on low to middle incomes and are not eligible to go on the social housing list and cannot save a deposit for a mortgage. This Fine Gael Government has a policy of abandoning these people.

“It is part of the Fine Gael DNA not to build social housing,” he said.

Deputy Fleming is standing with Pauline Flanagan, Barry Cowen and Peter Ormond on the Fianna Fáil ticket in Laois Offaly.