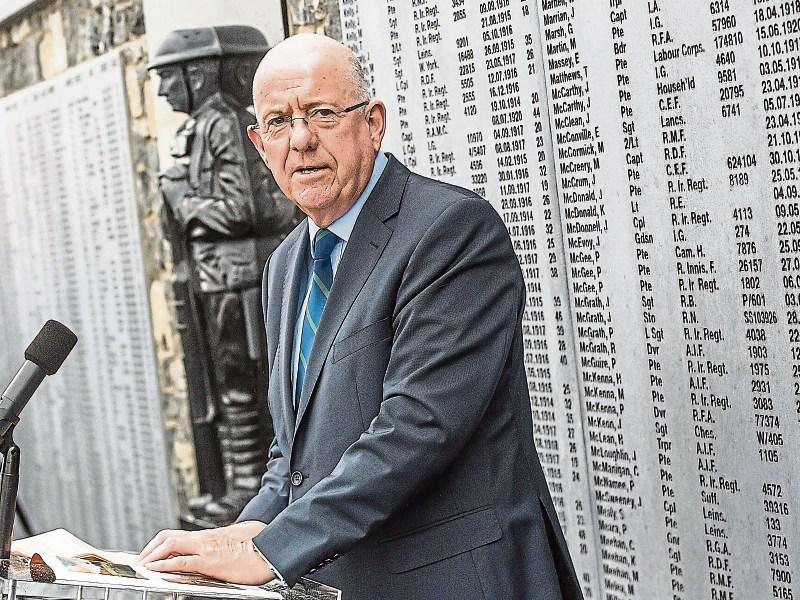 A “tough battle” in the General Election campaign which will have the economy at its centre is on the cards, according to Laois Fine Gael TD and Minister for Justice, Charlie Flanagan.

The Minister told the Leinster Express that the campaign is underway with the calling of an election imminent.

“The main issues will be the economic success of past years both nationally and here in Laois where unemployment has fallen by 60%,” he said.

While the Minister highlighted the creation of more jobs in Laois, he accepted that more needs to be done, especially for commuters.

“We need to achieve a better life work life balance for those in jobs. There are major quality of life issues for those who work in Dublin,” he said.

He pointed to infrastructure improvements in Laois, the biggest of which being the services at the Midand Regional Hospital Portlaoise.

He accepted that the hospital's future would once again be a big issue on the doorsteps. He insisted that the hospital would not be downgraded despite comments from the HSE chief executive Paul Reid which called in to question the existence of many Accident and Emergency departments.

“Paul Reid needs to be reminded that these are political issues. I haven't spoken with Mr Reid and I am not about to enter a public row about it but I am satisfied that the Dr Susan O'Reilly HSE plan (to downgrade the hospital) is discarded,” he said.

As to whether the RIC controversy of recent weeks will impact on the doorsteps, Minister Flanagan said he approached the holding of the event with “the best of intentions” but acknowledged “that there was confusion”. He said “reconciliation and peace” remain the most important issues.

The Fine Gael TD said he is expecting “a t0ugh battle”. He said he was privileged to stand and represent Laois. He said he had been honoured to be Minister for Justice.