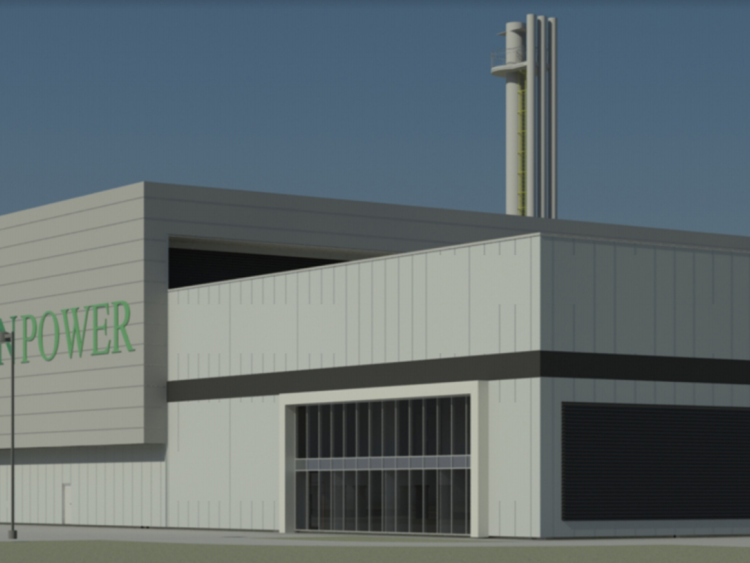 Bord na Móna and its waste collection company AES is set to supply thousands of tonnes of organic rubbish to feed a major waste to energy plant in the Offaly as it tries to build a similar plant in Laois.

With an application before Laois County Council for a plant near Portlaoise, the State-owned company has been confirmed as the supplier of waste for a €100 million waste processing facility at Derryclure, Tullamore, Co Offaly.

The plant will produce electricity by rotting the waste at higher temperature levels which creates a biogas.

A statement said the waste stream for the facility has been secured through a contract with Bord na Móna AES. A statement said they are expanding their recycling and resource recovery operations as part of its Brown to Green strategy.

Situated on a site at Derryclure, near Tullamore, Co Offaly, the facility will be able to accept 75,000 tonnes of waste.

The backers say waste at the facility will be converted to energy using non-burn, pyrolysis technology which produces a medium BTU Syngas. The backer say the syngas will subsequently be used to produce 9.9 MW of electricity for export to the grid.

Pyrolysis is the thermal decomposition of materials at elevated temperatures in an inert atmosphere.

Courtney Rogers, Chairman of both C6 WTE and Gen2, announced the project.

“We are pleased to be able to bring sustainable jobs and a clean, environmentally superior solution to waste disposal problems in the midlands. Providing clean electric power to Irish local communities is a very worthwhile goal.

"I have been involved in many projects across the world over a number of decades, but I have to say - we found the people in the midlands to be nice, friendly, accommodating and good business partners. This is our first project in Europe and we are excited about this and future projects,” he said.

“It has been a long road for Glanpower since 2009 and we are delighted to have a clear path forward with our new partners and investment. We have now been able to make this project a reality. We are very happy with the relationship that has been built and the positive nature of a future relationship with Bord na Móna. We are looking forward to working together in this partnership and in providing good sustainable employment in the Midlands and contributing to the local economy," he said.

Welcoming the announcement, Head of Resource Recovery, Bord na Móna AES, Ciaran Brady said the State-owned firm is delighted to be supporting this project through its long-term waste supply agreement.

"Bord na Móna is taking a leading role in Ireland’s climate action and sustainability policies. Part of this means changing our own business and partnering up with other companies to help transform the Midlands economy from a high to low carbon model. It also involves Bord na Móna is continuing to support a significant amount of employment in the region. Creating replacement sustainable employment is at the heart of the company’s Brown to Green strategy and we are delighted to help support the creation of these sustainable jobs today,” he said.

Electricity for export will be sent to the grid under a long-term contract with Naturgy Limited. TSK Electronica Y Electricidad, S.A., a major international EPC with annual revenues in excess of €1 billion will serve as the EPC contractor.

A statement said the project supply partnership with Bord na Móna is in line with its Brown to Green Strategy as the company looks to divert waste from landfills, reducing the amount of methane that escapes from landfill into the atmosphere. Initial export of electrical energy to the grid is expected to occur by late 2020.

Nearly 100 households around Portlaoise have lodged objections to Bord na Móna's plan to build and run a major waste recycling plant near the Mountrath Road.

The company wants to build and anaerobic digestion plant could see up to 80,000 tonnes of biodegradable, organic materials converted into gas each year. It is claimed that the gas byproduct could heat around 5,500 homes annually.