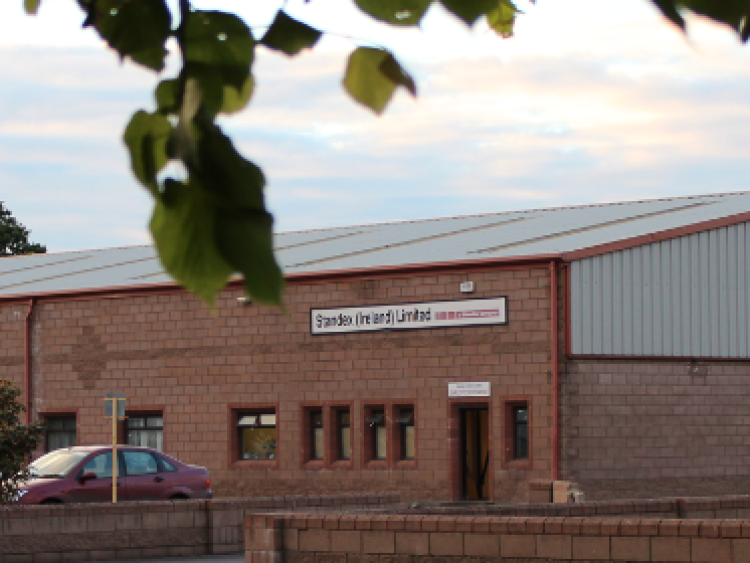 The US-owned company which is cutting jobs in Laois was described just two years ago as a "fantastic example" of a multinational company operating in a regional area by the boss of the State agency responsible for brining foreign investment and jobs Ireland.

But less than two years after Martin Shanahan, IDA Chief Executive, also wished Standex continued growth, it is cutting its workforce by a third in Mountmellick.

The multi-national owned firm has two facilities in the town. One is located the Mountmellick Development Association with the original facility located in Acragar where the jobs are being cut.

In late 2019, all production staff at both factories agreed to take got on shorter working hours until 2020. This was compromise agreement reached after Standex planned to put nearly half of their 60 staff on a three day week from late October. A seasonal loss in demand for their products are pump components, was cited.

Standex Ireland Ltd was established in 1978 in Mountmellick employing 28 people in its first year.

It celebrated 40 years in the Laois town in May 2018 when special presentations were made to its longest-serving workers.

In a statement issued at the time, the IDA identified Standex as "a great example of a small multinational company in a regional location".

"This is a fantastic example of a small multinational company continuing to operate in a regional location and employing local people. We wish them many more successful years and our continued support,” he said.

At the time General Manager of Standex Ireland, Kevin Egan praised the location and looked forward to growth.

“Mountmellick has proven to be a great location for the business and to be in operation for 40 years is a great testament to the workforce many of whom have been with the company for over 30 years, indeed there are three employees with the company since the very beginning.

"Going forward Standex Ireland plans grow over the next five years. We have recently added personnel to the sales, engineering and quality departments to drive this growth. The company must also continue to improve its operational excellence and become even more customer-focused.

"The company began to implement a lean programme over two years ago and aims to continue on the path of continuous improvement. This together with some shrewd capital investment and further employee development should ensure that Standex Ireland is in a strong position to meet the challenges of what is a very competitive market," he said.

The company manufactures pump components and carries out assembly and testing on the full range of Procon pumps, precision rotary vane pumps and other small gear and micro vane pumps destined for the European market.

The end product applications for Procon pumps include coffee machines, cold drink dispensers, kidney dialysis machines, reverse osmosis systems and x-ray machines. Standex Ireland also manufactures rotors for Procon pumps which are shipped to Standex Mexico for use in pumps for the American and Asian markets.

When the company first opened annual production was about 50,000 pumps, now the figure is closer to 250,000 per year.

Standex Ireland is part of the Procon operating group within the foodservice equipment segment.