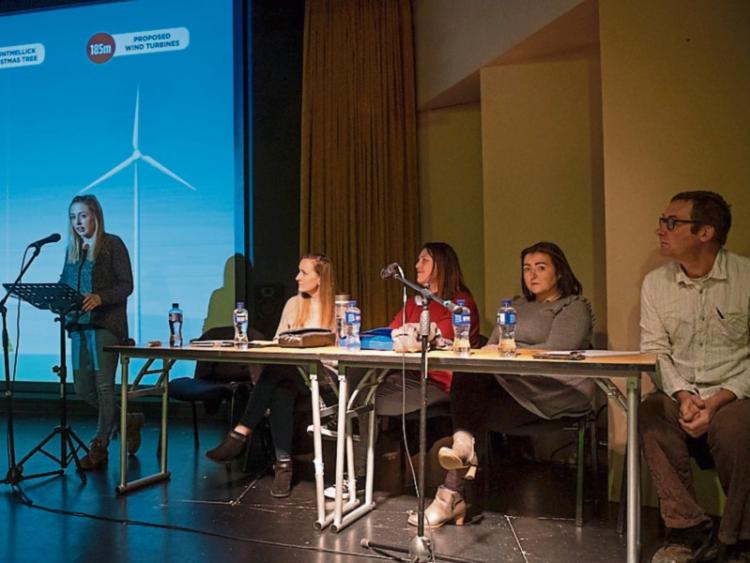 Residents in Mountmellick are being urged to back a rural community 4km away on the Laois Offaly border who do not want a wind farm in their midst.

Dernacart windfarm by Norwegian multinational energy company Statkraft is proposed to have eight turbines 185 metres tall on locally owned farmland in Upper and Lower Forest near the Mountmellick to Tullamore road.

“These are by far the tallest turbines inland in this country. We’re the ones they legally had to contact because we are only 740 metres from them. They will be wiping out and destroying the habitat. We don’t want to come across as alarmist with climate change but people will be negatively affected by noise and shadow flicker. We don’t want to be the next community split apart,” said Aoife.

The local Cllr Paddy Bracken said he fears the turbines could increase the flood risk to Mountmellick.

“I’d fear that it will have an impact but that’s just my opinion. There are draft guidelines but they won’t be done in time for this development. We have the opportunity now to make submissions. The biggest issues is the guidelines on distance,” he said.

He said the application will probably end up being decided on by An Bord Pleanála after Laois County Council.

Mountmellick homeowner Emmet Conroy (below) was flooded in 2017.

“The footprint of these are massive, that groundwater has to go somewhere. The Barrow flows along there, I presume the water will flow into the Barrow rather than soak into the ground. In light of what happened here with 80 houses flooded, ten left homeless, what will go there will have a direct impact,” he predicted.

He suggests that the consultants drawing up Mountmellick's flood plan be made aware of the turbine plan. 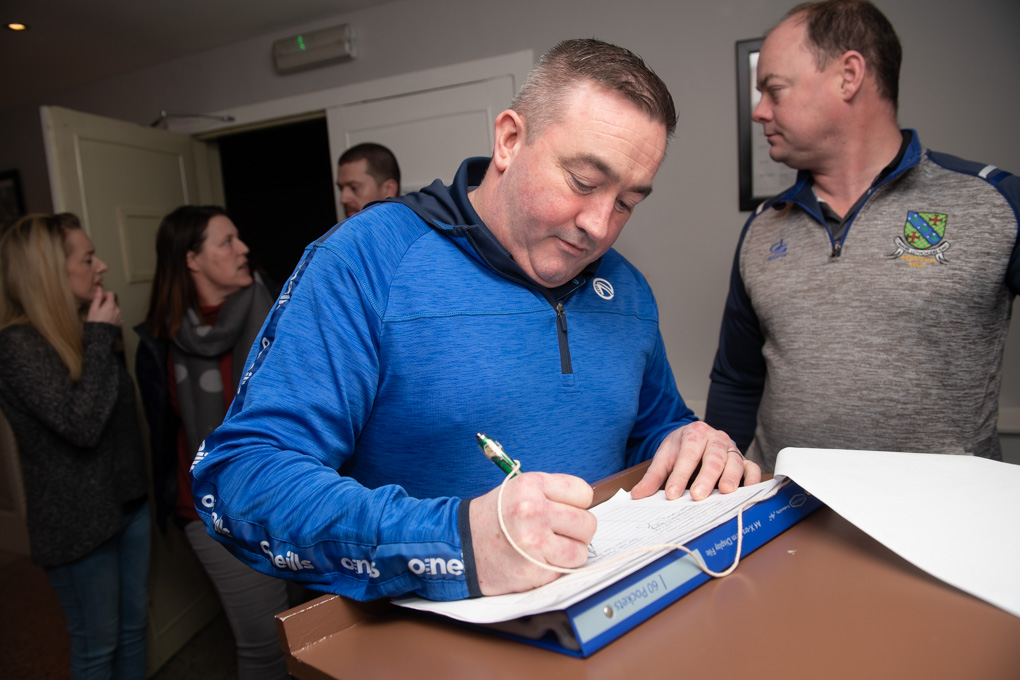 “That bog has the potential of becoming a flood plain for the upper Barrow. The potential is gone if there is buildings on it,” he said.

Ornithologist Ricky Whelan from Mountmellick suggested how to oppose the plan.

“The company has to do an environmental impact study and point out risks and say how they will mitigate them. It is a massive document, you need to split it up and study it. Go after the holes in it if you find them. Then they will have to go back and address them. That buys you time,” he said.

He said flood risk and hen harrier birds of prey could be issues. Mr Whelan predicts more turbines to follow.

“I don’t believe these are ever going to be 185m tall, they will start at that and then lower it or reduce the turbines to three or four. But Bord na Móna is going to have an application. I’d be more worried about the cumulative effect,” he said.

Below: Mr Whelan at the meeting. 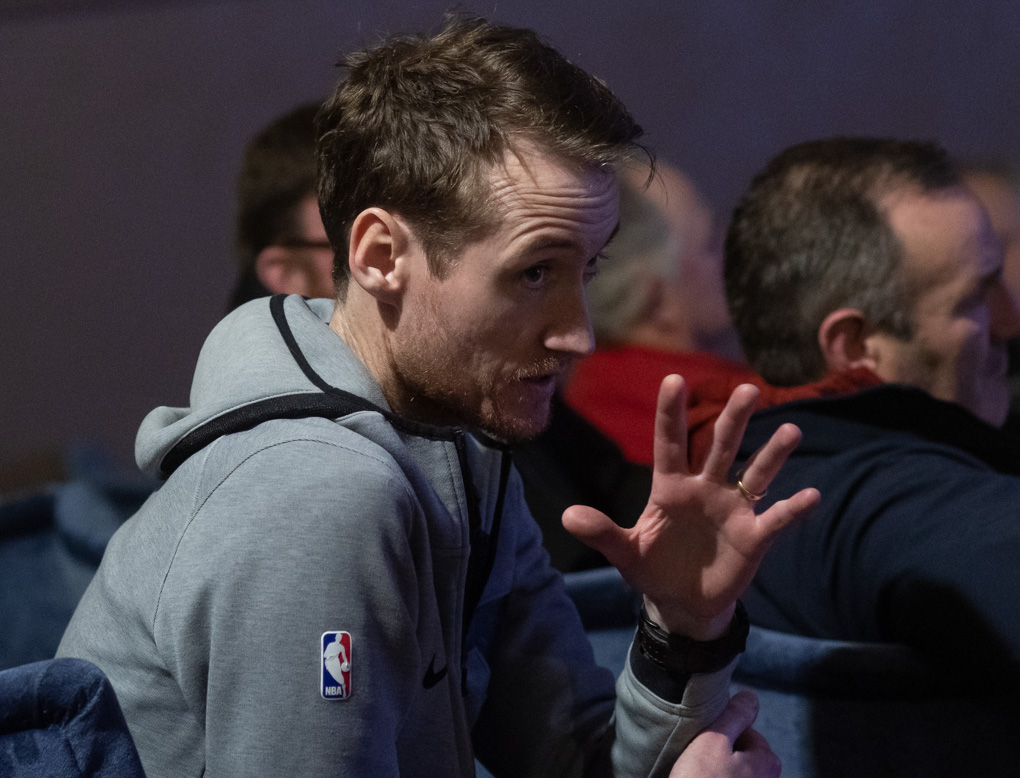 “We don’t want to be the people whose children are affected. We don't want Laois to become a pin cushion,” Siobhan Martley said.

Mountmellick resident Justin Kavanagh said that he can see the Mount Lucas turbines in Offaly from his Acragar home.

“That's 30km away. If they put these up they will continue to build them,” he said.

Dave Fingleton from Ratheniska in south Laois gave a presentation. He is a member of Wind Aware Ireland, which represents 50 community groups against nearby windfarms in Ireland.

“Give this committee all the support you can, they’re going to need it. If you look at the map you might think it won’t impact on you. I guarantee you you could be five miles away and it will impact you. Once they get in it will be a little step to build another eight and before you know it Mountmellick could be surrounded. Oppose this project with everything you have,” he urged.

He claimed that wind turbines only save 4% of carbon.

“Converting Moneypoint to biomass would achieve our 2020 targets, and focusing on retro insulations,” he said.

“Carbon abatement is very important but it must be done sustainably, environmentally, economically and sociably,” Mr Fingleton said.

A planning application was lodged to Laois County Council by Statkraft for Dernacart wind farm in December. It was deemed incomplete but is expected to be re-lodged.

“We have five weeks to try to fight it then. We need everyone in Mountmellick to lodge submissions. We will set up clinics and type them up for you. We will work like dogs to try and fight it,” said Emma Hinch.

Statkraft says the turbines can power 30,000 homes with renewable energy, while new technology will be used to avoid shadow flicker on homes.

Photos from the meeting taken by Denis Byrne. 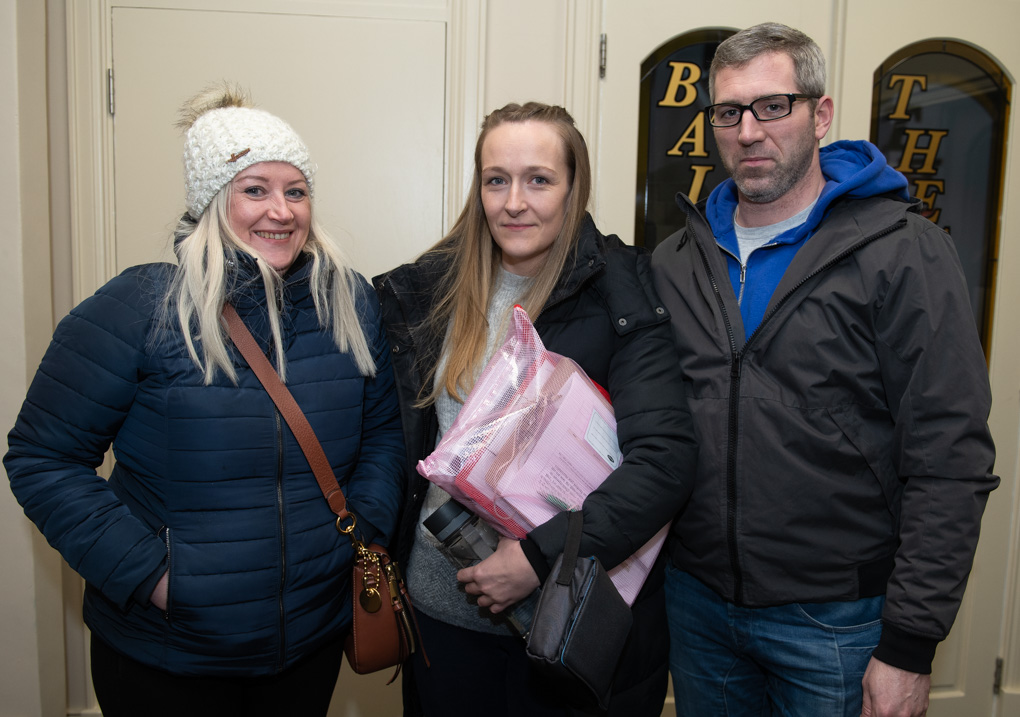 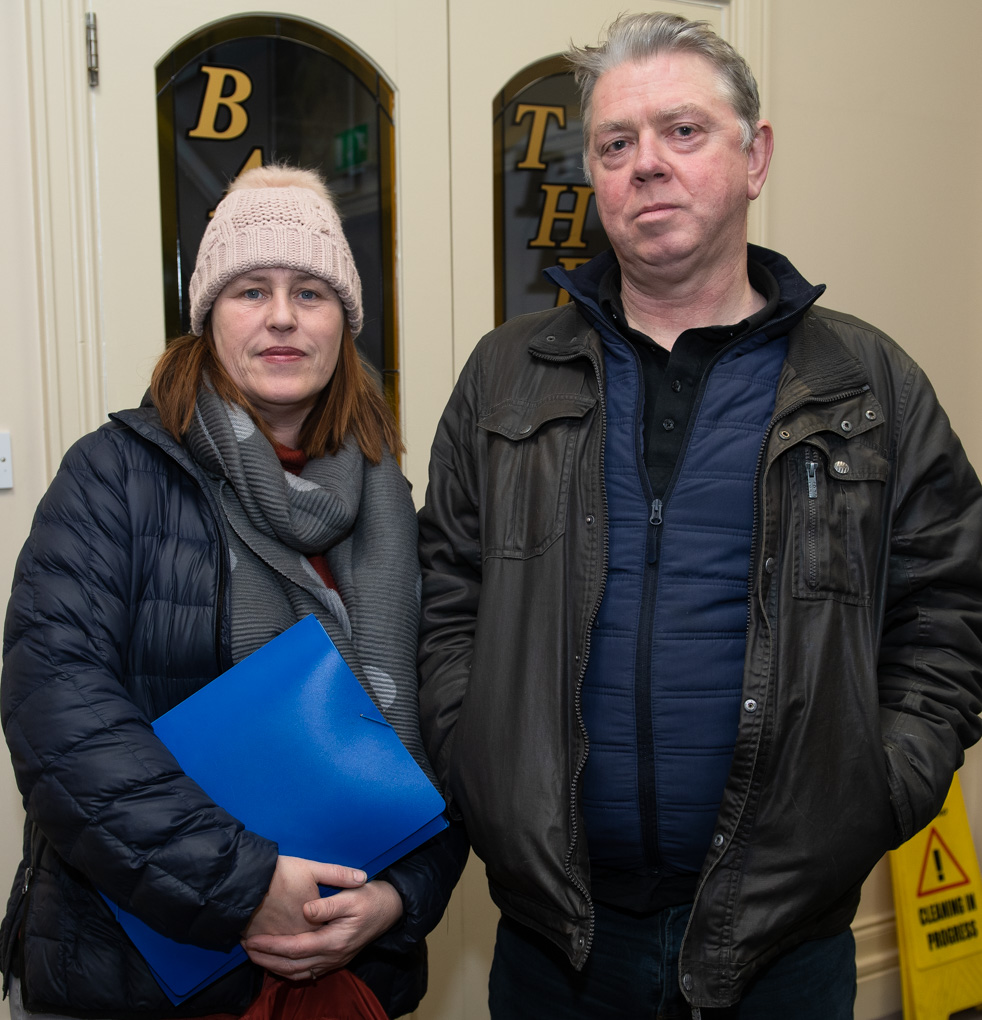 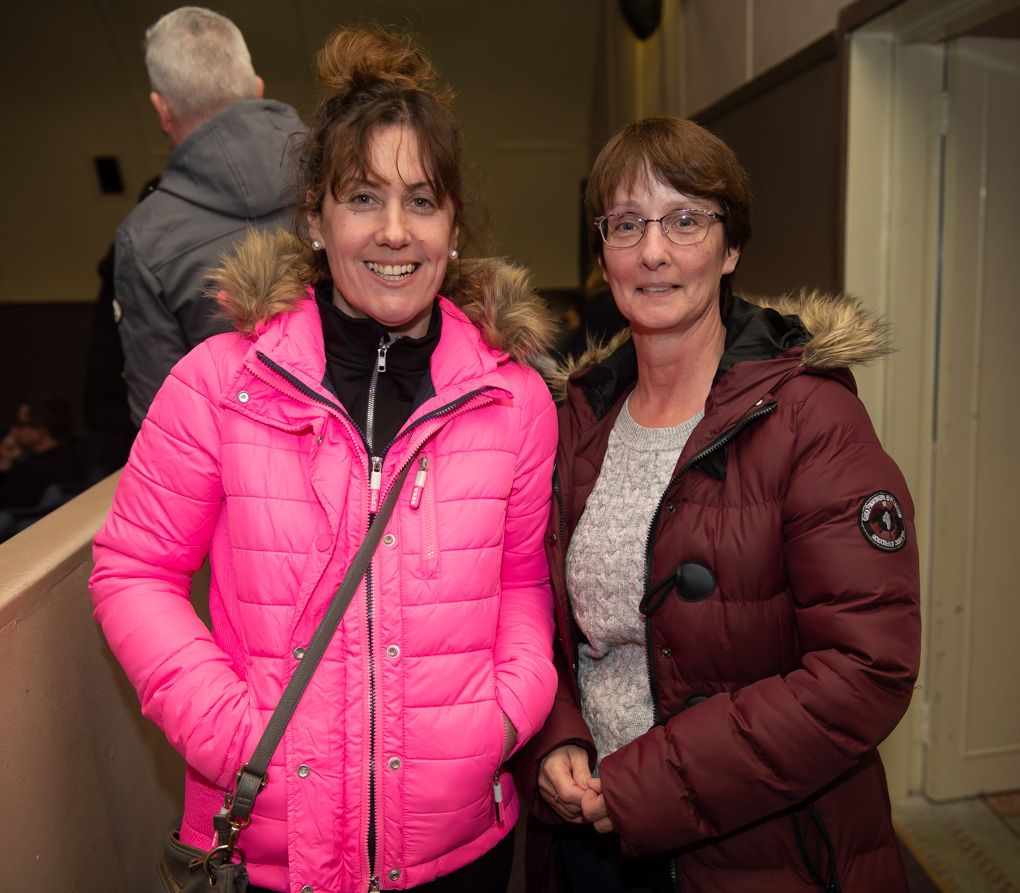 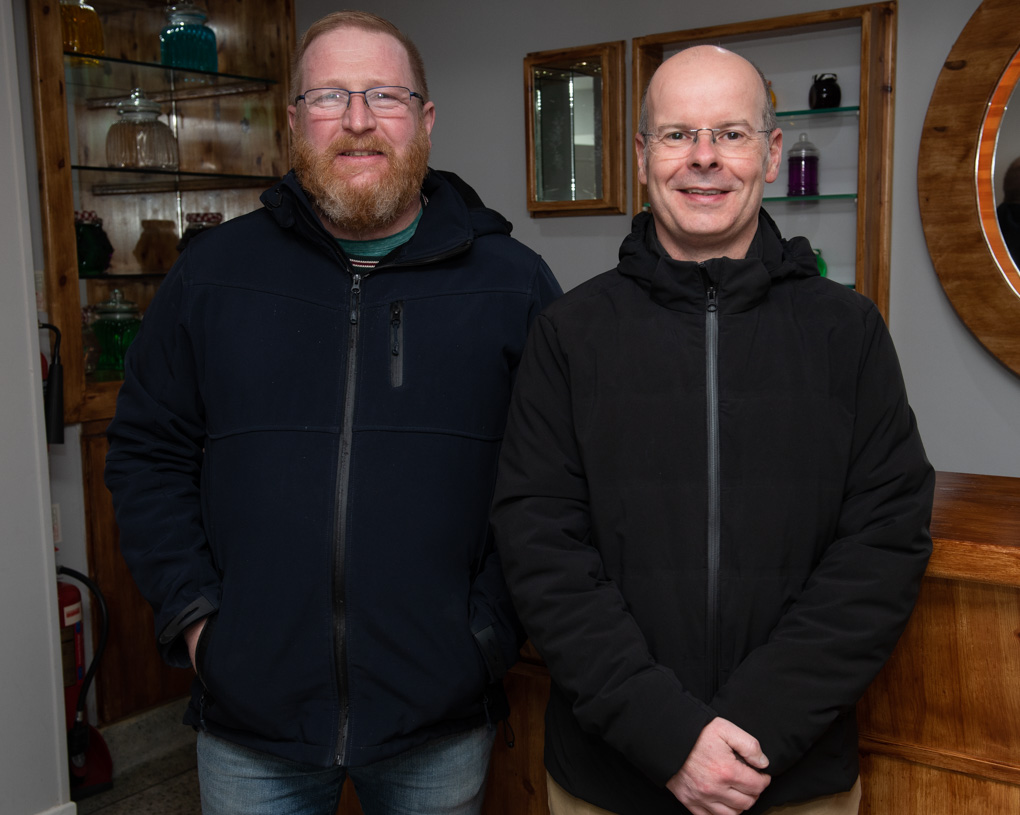 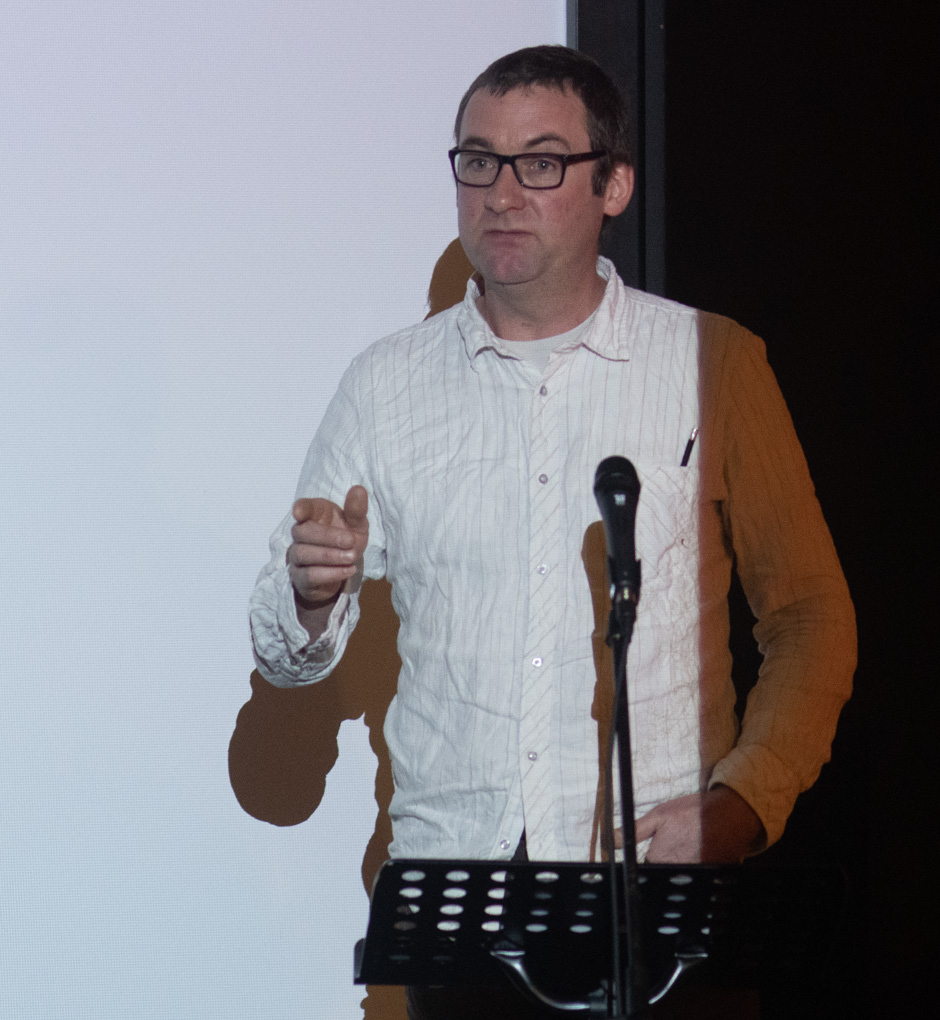