Titanic battle in store for to represent Offaly voters 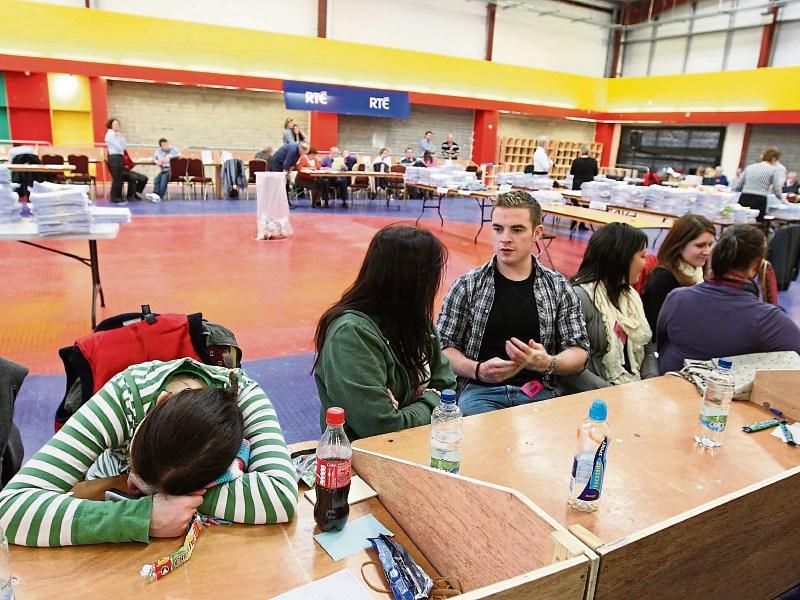 The Offaly side of the constituency could be the more interesting with seven candidates effectively vying for what could just be two seats.

Those seven include three sitting TDs, a Senator and three sitting councillors. With Fianna Fáil riding high in the polls, Barry Cowen could well top the poll. He received more than 12,000 first preference votes in 2016 and is likely to increase that support base this time given his national prominence with the party during this Dáil term. He is also likely to pick up some votes in Edenderry with no local candidate standing there.

John Foley was the big voter-getter there in recent years but is not on the 2020 ticket. The town is essentially hamstrung with around 5,000 votes going spare likely to splinter between four or five candidates. Pippa Hackett was elected a councillor in the Edenderry Municipal District last year before her Seanad elevation, so she will get a percentage but is too far out (Geashill) to monopolise the area. Brian Stanley has ties and could gather the existing Sinn Féin vote in Offaly in the absence of a candidate on that side of the constituency.

Ken Smollen is a prominent poverty campaigner across the entire county and Midlands region, including Edenderry, and will pick up some votes there. It's hard to see John Leahy, Peter Ormond or Marcella Corcoran Kennedy picking up huge votes in the north of the county, but Carol Nolan may pick up a small personal vote there.

With Tullamore and Clara dominated by Barry Cowen and Ken Smollen, two locals, the focus switches rightly to the south and west of the county where the second Offaly seat will go to one of Carol Nolan, Peter Ormond, John Leahy or Marcella Corcoran Kennedy.

Ms Nolan looks the most vulnerable here having left Sinn Féin during the term of the current Dáil over her pro-life abortion stance. She won the final seat in Offaly in 2016 by a couple of hundred votes and while she'll retain her personal vote, she's likely to lose out somewhat to all comers this time, namely Leahy who left Renua last year, and Peter Ormond who stands for the first time in a national poll.

In the local elections last year, both Cllr Leahy and Cllr Ormond were elected on the first count in Birr, picking up 2,277 and 1,729 first preference votes between them. Add to that the collapse of Sinn Féin's vote in the county in that election where they lost all of their seats, including that of Sean Maher in Birr who received just 539 first preference votes. Fine Gael and Fianna Fail had a sizeable vote in Birr and that too will have to be distributed.

That's where Marcella Corcoran Kennedy comes in. Fine Gael has long held a seat in South Offaly and she received 15.5% of first preference votes in the 2016 election. That was on the back of Fine Gael winning that election and getting back into government, but the polls show change is afoot this time around. She also lost the junior ministry she held under Enda Kenny when Leo Varadkar became Taoiseach. She backed Simon Coveney for the leadership of the party at that time.

She may well lose votes directly to Ormond, the Offaly County Council Cathaoirleach from Shinrone. He is in a prime part of the county to pick up votes south of Birr and in parts of West Offaly. That is the battleground that will decide this election for Leahy, Corcoran Kennedy and Ormond but the latter has the benefit of being part of the Fianna Fail machine. In Barry Cowen, he has a strong running mate who will take a seat and transfer to him quickly during the count.

Fianna Fáil enjoyed 36% of first preference votes in Offaly in 2016 and are likely to break 40% this time on this side of the constituency. It will be a bit of a disaster if they can't translate that into two seats.

The bookies have flip-flopped on this seat in the last few days but Peter Ormond has moved ahead of Marcella in that regard. Fianna Fail are polling highly and often outperform the polls; that bodes well for Ormond. The order of elimination is also important and an earlier exit for John Leahy could boost Ormond's chances on the transfer front.

This seat will come down to very fine margins. The final seat in Laois-Offaly has been decided by a matter of a couple of hundred votes or so in the last three elections. Marcella rode the winds of change in 2011, held on in 2016 but the winds could be in blowing in Ormond's favour this time. Leahy has the potential of getting involved if he can poach some of Marcella Corcoran Kennedy and Carol Nolan's votes.

Ormond may make it by the skin of his teeth.