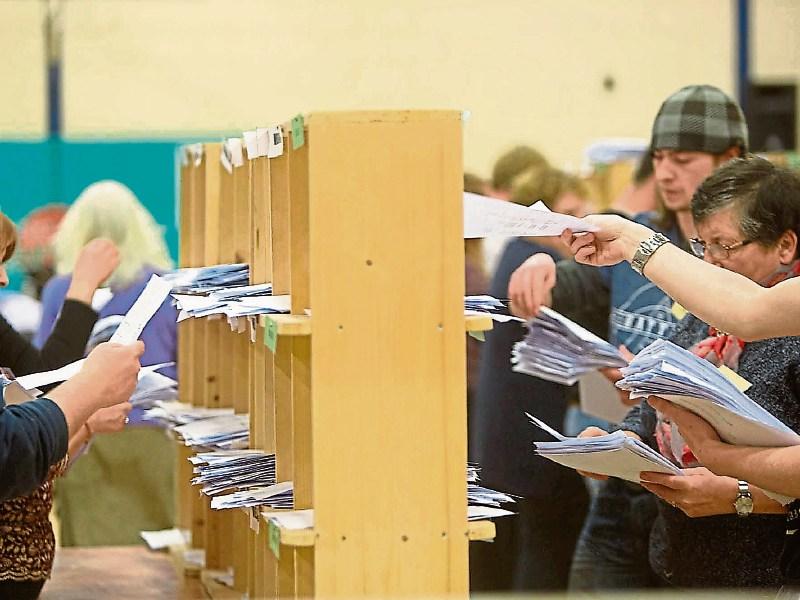 In 2016 Laois and Offaly stood apart, with three seats up for grabs.

The marathon counts of yore were shunted aside as an unprecedented quick and efficious count got underway to see who filled the three seats.

Sinn Féin's Brian Stanley ended up with more than 10,000 votes from an intitial first preference showing of 8,242.

Charlie Flanagan was elected third. His running mate Thomasina Connell polled 4,233 first preferences and between them the first preference vote for Fine Gael was more than 12,400.

Elsewhere it was a poor election of Labour's John Whelan and the Greens Sinead Moore.

The past, as they say is, prologue so where does this leave us four years on in February 2020.

Running to stand still most likely, when it comes to Laois.

If there is change it is more likely to occur on the Offaly side of the constituency.

As it stands it looks like it will be an incumbents day in Laois.

Fine Gael has had a poor election in which nothing seemed to go quite right for them, amidst the stiff winds of voter ennui over issues such as housing and health.

It has been a tough campaign for Fine Gael stalwart, Charlie Flanagan with a virulent social media backlash over the Black and Tan commemoration and the intervention of the Portlaoise Hospital Action committee decrying that nothing has been done to secure the future of the A &E.

However, he should hold his seat with his base holding.

Sinn Féin's Brian Stanley has had the considerable challenge this time of contending without the area of Portarlington, which was always a happy hunting ground for him and where the party holds a Council seat.

The exclusion of Portarlington from the Laois matrix, while certainly a disadvantage for him, is unlikely to erode his vote to the point where he is in difficulty.

Indeed, on the strength of a good headwing for Sinn Féin, amongst other factors, he is likely to make up ground elsewhere. It's a far cry from the immediate aftermath of the local elections last year, when Fianna Fáil were openly writing him off.

Fianna Fáil's Sean Fleming has arguably one of the safest seats in the county and this is likely to be borne out in the coming days.

His running mate, Pauline Flanagan may benefit from transfers but it will not be enough to get her over the line.

Fianna Fáil would love to take three seats here and restore their once traditional hold over the consituency. Should this occur, it will more likely be on the Offaly side.

Elsewhere, Cllr Noel Tuohy is running for Labour, Noel O'Rourke for Renua, Stephen Tynan for People Before Profit and John Daly for the National Party.

All are unlikely to feature in the final mix come February 9.

The result will almost certainly see one Fianna Fáil, one Fine Gael and one Sinn Féin.