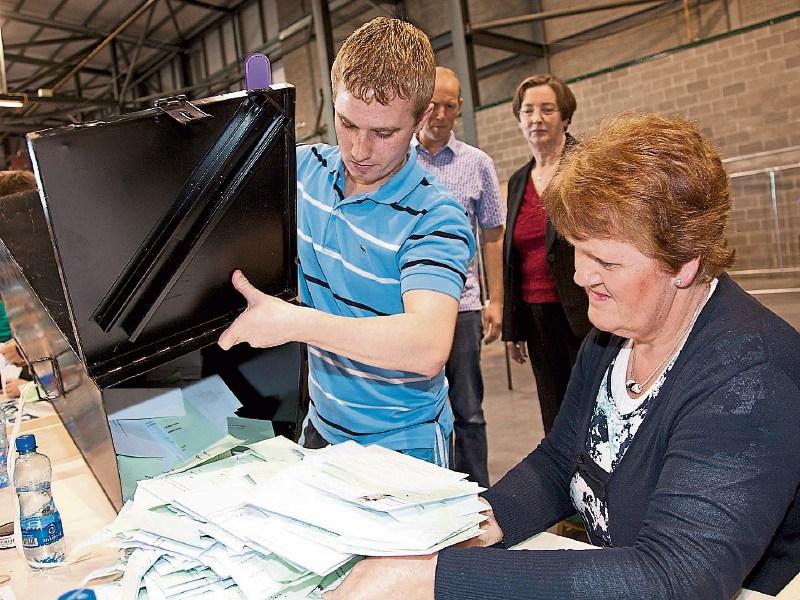 One wonders what will be done after the General Election for the parts of Laois Offaly that have been chopped off in the botched boundary realignment that will see the interests of 12,000 people living in both counties left to the mercy of Kildare.

Offaly General Election candidate in 2016, Eddie Fitzpatrick has already predicted confusion and expects a low turnout in an area that stretches from Cloneygowan, through Portarlington and on to Killenard and Ballybrittas.

It has been speculated that the border town and surrounding areas could fare better in Kildare South than in Laois Offaly. This might be an outcome if Kildare was a less populated county.

It is more likely that Portarlington, Ballybrittas, Killenard could end up in no man's land.

The best that Port and surrounding areas might hope for is that one of the TDs in Kildare South is made a Minister which might mean there will be more resources pumped in to all parts of the constituency.

Even if this happens, it is hard to see Portarlington's interests being prioritised over Newbridge, Athy and neighbouring Monasterevin. Why would a Kildare South TD based in Newbridge invest time and energy in Portarlington and surrounding areas if those parts are transplanted back into Laois Offaly at the next General Election?

All that being said, voters have a choice. Abstain and you can't really complain that nothing is being done for you or your area.

Or, vote for the candidate who you might think will do something for you as a TD, or who you think could be in a Government party.

Geographically, Kildare South takes up most of the county. It stretches from Carbury near Edenderry to Castledermot in the south of the county, bordering Wicklow and Carlow.

It includes highly urbanised commuter areas to the more traditional rural farming areas of the county.

The constituency returned Martin Heydon of Fine Gael, Fiona O'Loughlin and Seán Ó Fearghail both of Fianna Fáil in 2016.

The arrival of Laois and Offaly pushes the number of TDs up to four but there are still only three seats up for grabs because Mr Ó Fearghail was Ceann Comhairle in the last Dáil and will be returned automatically.

Martin Heydon will have counted himself somewhat slighted not to have been made a Minister by Leo Varadkar. He topped the poll in 2016 but Fine Gael's unpopularity will make life more uncomfortable this time around.

Fiona O'Loughlin has been Fianna Fáil's spokesperson on Education since 2016 and could be in line for some sort of ministerial job if Fianna Fáil get into Government.

Both have had their feet on the ground in Portarlington and surrounds but neither could be said to have thrown the kitchen sink at it.

Closest to the three outgoing TDs were Cllr Mark Wall of Labour and Patricia Ryan of Sinn Féin. Both will fancy their chances this time around.

South Kildare will be a barometer of the Green wave. Their candidate polled just 836 votes last time around.

So how do we call it?

Well if Sinn Féin can maintain their momentum it could go like this - O'Loughlin, Heydon and Ryan.