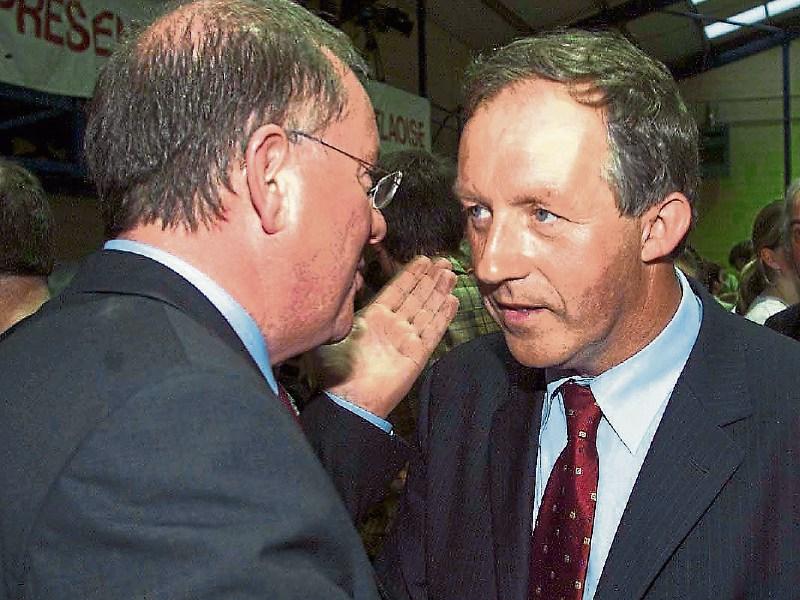 THE 2002 election amounted to a home run for Fianna Fail who swaggered home victoriously with an emphatic win in which they took half the vote in Laois-Offaly.

The political earthquake occurred elsewhere with the apparent decimation of Fine Gael which, at the local level, saw the departure of Charles Flanagan, and an ascendant Tom Parlon making the breakthrough for the Progressive Democrats.

Meanwhile, a large swathe of the Fine Gael farmer vote flocked to former IFA leader, Tom Parlon who secured a massive first preference vote of 9,088, placing him second candidate elected on the fifth count with a final vote share of 10,572.

Charles Flanagan’s defeat was the sensation of this election because of the perception his seat was safe. Conventional wisdom entering the campaign was that either John Moloney, Sean Fleming or Olwyn Enright might lose to the PD candidate.

However, Flanagan was squeezed out with a first preference showing of 6,500.

The election was bittersweet for Olwyn Enright who became the constituency’s first woman TD and the only standard bearer carrying a limp Fine Gael baton.

She secured a vote of 8,053 and leapfrogged over Moloney to become the third candidate elected on the sixth count with 11,005 votes.

For Labour it was another election horribilis as their candidate John Dwyer found himself eclipsed by Sinn Fein’s Brian Stanley to the tune of 1,000 votes.

Independent stalwart Joe McCormack secured 351 first preferences and declared that it was the end of the road for him in elections. Plus ca change!

The first count results were as follows: