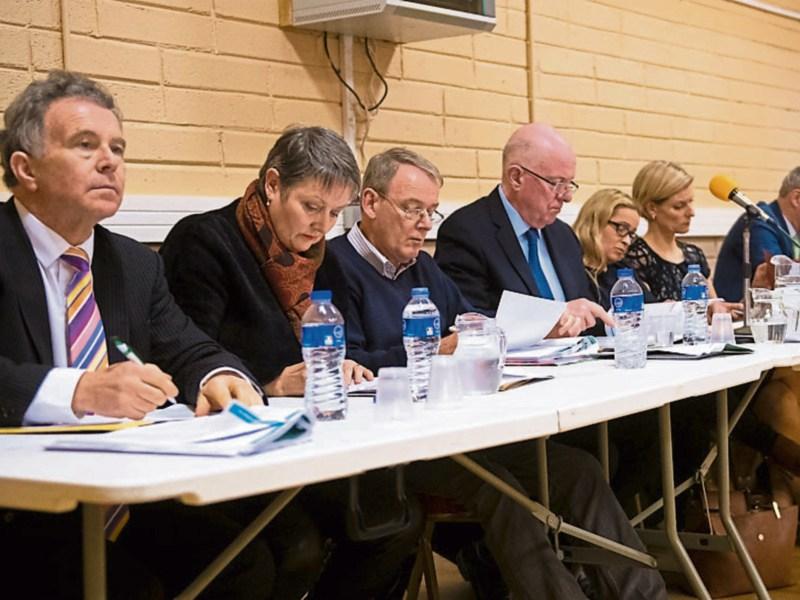 Some of the candidates at the the IFA election debate

It's a case of deja vu for a lot voters in most of Laois Offaly next Saturday, February 8 but thousands of locals will have to pick from Kildare candidates to represent them in the next Dáil.

Following a redrawing of the election boundary, Laois and Offaly have been reunified but at a substantial cost to Laois in particular.

A big chunk of local voters in Portarlington, Killenard, Ballybrittas and surrounding areas have been pushed in to South Kildare which is getting an extra seat.

The reunification of Laois and Offaly will see at least one of the sitting six TDs, who were elected in the two three seat constituencies in 2016, lose their seats.

A total of five seats are up for grabs in Laois Offaly where Fianna Fáil will be hoping to regain some of the ground lost in 2011 when Brian Cowen stepped aside and John Moloney lost his seat to Brian Stanley.

The most vulnerable of the Laois and Offaly TDs looks to be former Sinn Féin TD Carol Nolan. The Offaly based candidate stepped aside from the party in the row over abortion.

There is also speculation that one of the two Fine Gael candidates in the field could be in trouble with Fianna Fáil on the prowl for more seats. However, FG's lean, two candidate strategy, could save the day.

All eyes were being focused on the Sinn Féin seat of Brian Stanley last year when his party had an awful local and European elections. But the wind in the SF sail will surely be in his favour.

Fianna Fáil used to be good at managing the vote to maximise their seats. A slick strategy would require sacrifice by Seán Fleming and Barry Cowen. It remains to be seen if they will give ground to get Peter Ormond home.

A population of 12,000 people in Laois and Offaly will be represented by four South Kildare TDs after the election. The outgoing TDs are Martin Heydon (FG), Fiona O'Louglin (FF) and Sean Ó Fearaghail (FF) who is automatically returned because he was Ceann Comhairle in the last Dáil.

All parties want to win the new seat in Leinster House but it could come down to a battle between Sinn Féin and the Labour Party.