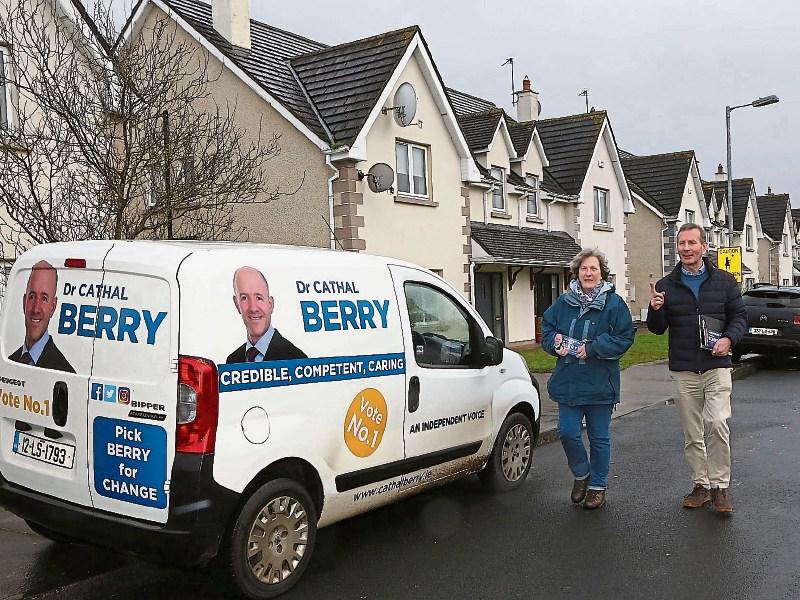 Paul Mitchell out on the canvass trail for Dr Berry

Former Progressive Democrat councillor Paul Mitchell has been on the campaign trail in Portarlington canvasing for Dr Cathal Berry in the Kildare South constituency.

“I decided to support Cathal Berry as soon as he declared he was running because in addition to having an inspiring life story, he has been living in the town for the past sixteen years and people are still regretting not supporting Cathy Honan when she ran in the 1980s.

“Several people have said to me over the past few days that if we had a TD based in Portarlington, we would never been moved to Kildare South,” he said.

Portarlington, Killenard and surrounds will vote in Kildare South this weekend.