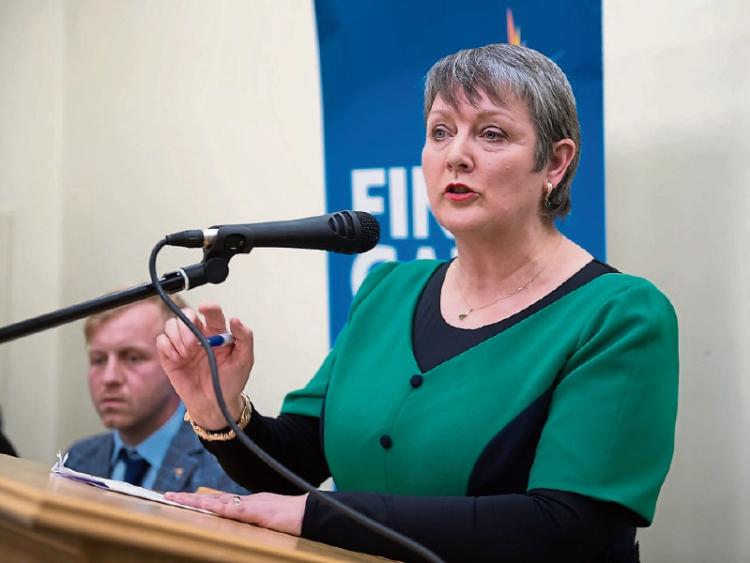 “It is laughable that the party which slashed the minimum wage, introduced the USC, cut social welfare by €16 a week and child benefit by €26 a week, closed Templemore garda training college and wrecked the economy to the point where 20% of private sector jobs were lost, is now claiming to help the working man or woman. Unbelievable.

“They cut the minimum wage to €7.65 when they were last in office, placing the burden of the economic crash on the least well off and most vulnerable workers.

“Micheál Martin soldiered shoulder to shoulder with Charlie Haughey, Pádraig Flynn, Ray Burke and Bertie Ahern. These are the people he has been surrounded by for decades.

“You can't decide your parents but you can pick who you support in politics.

“Fine Gael is a broad church of people from every background, honoured to serve the people and improve the lot for all in every sector,” she said.

The candidate claimed that Fianna Fáil “promise everything to everyone”.

“Fianna Fáil are simply playing lip service to the needs of carers, some of the hardest working people in the country, and people with disabilities. They are only committing to top up payments by just €10 over five years. Under FG’s plan, carers will be €1,300 a year better off - in stark contrast to the €520 offered by Fianna Fáil who are happy to leave carers €780 worse off.

“Micheál Martin now claiming to be the man of the working people is a joke. It is disappointing that Fianna Fáil continue to fail to acknowledge their reckless legacy which destroyed the country. Fine Gael in contrast, have created jobs and invested in supports for those that need it. We know it’s not enough. If elected, we will prioritise balanced regional development and ensure we invest where it’s needed most,” she said.