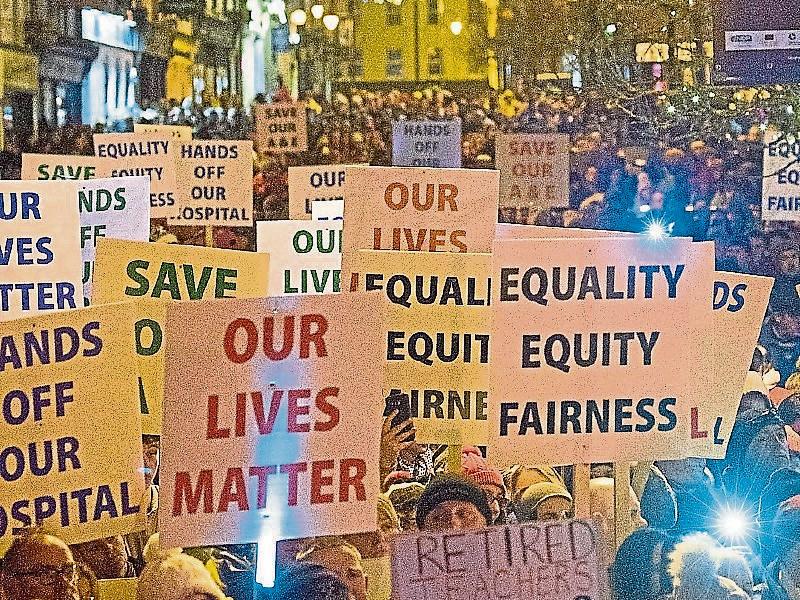 The outgoing Fine Gael Government has wasted tax payers money but yet has failed to secure the future of key services in Portlaoise hospital, according to Sinn Féin candidate Brian Stanley.

“Nine years of Fine Gael-led governments has been an abject failure regarding the future of the Emergency Department and related services at the hospital. We have no commitments, no plan and no certainty.

“The only plan we have seen is the one of which the details were leaked to myself in October 2017. While the Government were forced to press the pause button on this plan, due to the public campaign that ensued, it has not been replaced.

“In the meantime the Government wasted tax payers money and behaved in a wreckless fashion when it came to state infrastructure.

“It now looks like that in the region of €2 billion will be the final cost of the National Children’s Hospital. Incredibly the tender price has been left wide open and the contractor can simply demand extra money as the building work progresses from one stage to the next.

“€540 million of public funds has been poured down the drain installing obsolete water meters during the term of the Labour / Fine Gael Government.

“To cap it all, the National Broadband Plan is now turning out to be six times the original estimate with the single bidder set to receive a whopping €3 billion.

“The new Government needs to immediately set out a clear plan for the future of services at Portlaoise hospital. The core component of this has to be the retention and expansion of the Emergency Department so as to cope with the ever increasing population in the Midlands.

“It is also important to give certainty, which is urgently required to encourage clinicians and medical staff to take up vacant positions in the hospital,” he said.