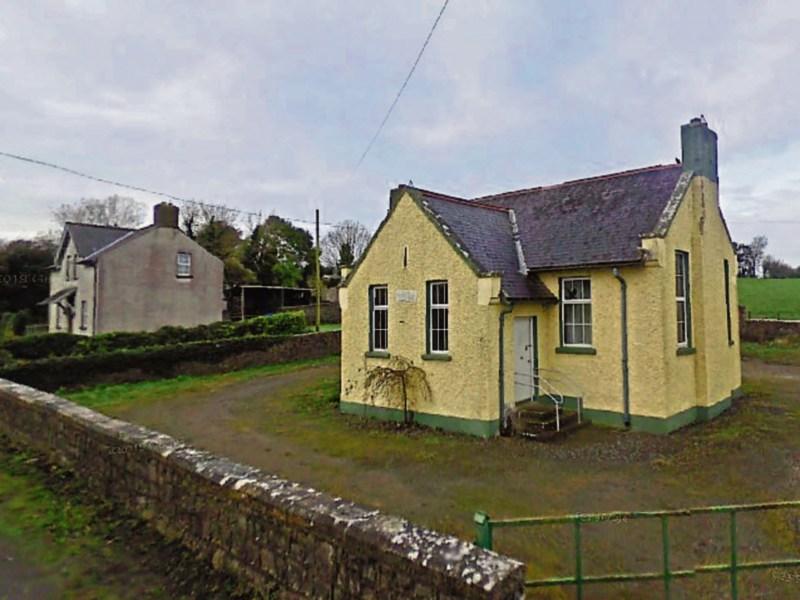 The old school and schoolhouse in Clonad near Portlaoise.

A rural community has begun a campaign to open a new primary school to revitalise their area that they say would also serve Portlaoise 6km away.

Clonad Community Development Association say that some Portlaoise children had no school to go to last year such is the rapid growth of the town .

“There were over 40 children without a school in Portlaoise in the 2018 – 2019 school year (EWO, Túsla) and reports from local primary school principals indicate strongly that they will be oversubscribed for September 2020,” the community group say in a proposal they have drawn up.

They propose a non-denominational school with the Laois Offaly Education Training Board as the patron. It would be the first state run national school in the Portlaoise catchment area.

They say it is “an attractive and viable school site location for a new community national school ”.

They note that Portlaoise population is expected to rise above 25,000 by 2025. Many of the eight primary schools in the town and around it are full they said.

“More and more families have had no alternative but to send their children to schools many kilometres outside of Portlaoise.

“Ratheniska NS, Ballyfin NS, The Heath NS, Emo NS and Timahoe NS have all doubled in size over the past 15 years and will be unable to meet the future needs placed upon them. The only viable solution is to establish a new school,” the Clonad group argues.

The group claim that the Abbeyleix road out of Portlaoise is “almost traffic-free”.

“Clonad is easily accessible from all routes in and around Portlaoise. Buses currently leave Portlaoise for schools outside the area and a bus driving out of town towards Clonad would almost be traffic free.

“Many people who live in housing estates along the Abbeyleix Road and the Mountrath Road would welcome the opportunity to drive out of town away from the traffic congestion and lengthy delays to access a school,” the group maintains.

They have a temporary site earmarked in Clonad GAA grounds with the backing of the club.

They outline the benefit of having the new school initially on the grounds of the sport club.

“Clonad GAA’s club grounds are available as a site in the short/medium term. It is situated in Portlaoise Parish and is available for this project. The advantage of having easily accessible sports and training facilities of a very high standard at Clonad’s GAA grounds makes Clonad a very attractive and suitable site for the new school,” the CCDA say.

The association says that Clonad is “safe, pleasant, attractive and conducive to learning” and “free from dust, noise and physical hazards generally associated with crowded and congested areas”.

They are calling for support for their proposal.

Mary Lanham is chairperson of Clonad Community Development Association. It formed a year ago with the focus on regenerating the area, forging community spirit and addressing security concerns.

“One issue which has become a priority for the group is that of a school in the area. At present, there is no school on the Abbeyleix-Road side of Portlaoise and we believe that this represents a huge gap in the provision of school places for children in the Clonad and Togher areas and those living along the Abbeyleix Road in Portlaoise,”

There was a primary school in Clonad which closed in 1971.

The possible new patron of a proposed Clonad National School has agreed that there is a need for an extra school to serve the Portlaoise area.
Laois and Offaly Education & Training Board has met Clonad Development Association members to hear their plan.
Joe Cunningham is Chief Executive.
“It is a matter for the Dept of Education and Skills to determine the need for a new primary school but the proposal from Clonad Development Association has clearly highlighted the continuing growth in population and the current challenges in securing primary school places within the Portlaoise catchment area,” he told the Leinster Express.
“I met with a delegation from the Clonad Development Association in the recent past as they were anxious to learn more about the Community National School model which has a strong focus on multi denominational, equality-based education in a community setting,” he said.
“For our part we would welcome the opportunity to engage with any party in relation to the establishment of a Community National School which can happen as a result of a patronage competition run by the Dept. of Education and Skills but also where a Patron/Board of Management of an existing primary school decides to transfer a school to the local ETB,” he said.
He said that Community National Schools are now part and parcel of many Education and Training Boards.