Black and Tans set the tone for General Election campaign

OPINION: Is Sinn Féin about to break through in the Republic after a century of Fianna Fáil and Fine Gael rule? 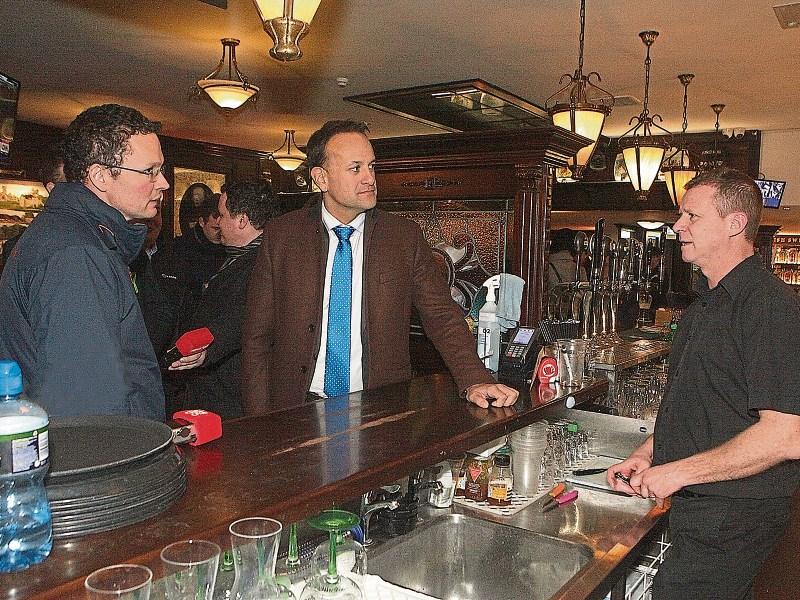 In the Autumn of 2019 the Minister for Education Joe McHugh, who by the way is married to former Laois Offaly TD Olwyn Enright, rejected expert advice and decided that history should have its place on the curriculum in Irish schools.

Just a few months later another Government Minister, our own Charlie Flanagan, unwittingly ignited a fuse on a row which can be traced back to one of the darkest periods in Ireland's bloody history - the War of Independence.

Minister Flanagan's well-intentioned plans to organise a memorial to Irish men who wore RIC and Dublin Metropolitan Police uniforms blew up in the face of the Government as the election loomed.

Minster Flanagan never set out to honour the Black and Tans or any other bunch of ruthless thugs sent over from Britain to put down a rebellion.

The RIC took Britain's side and were no angels but they were also Irish and mostly Catholic who did as most people in uniform do, follow orders.

Perhaps, Fianna Fáil saw a gap. By sheer coincidence or otherwise, the Mayor of Clare announced he would not attend the memorial. He also happened to be a general election candidate who wants to represent a constituency where former Fianna Fáil Taoiseach Eamon DeValera was a TD for decades.

Next thing, the big row kicks off. An election is also in the air. The Government had run out of road and a vote of confidence in the Minister for Health was about to bring down the cards on Fine Gael.

In the midst of all this the Wolfe Tones ballad, 'Come out Ye Black and Tans' is number one in the iTunes charts in Ireland and Britain.

Social media is alive with debates about the slaughter which happened 100 years ago when the Irish people took on the might of Empire.

The heat on the Government was ferocious. One day the Taoiseach backed the RIC event and, surprise, surprise, the following day Charlie Flanagan had to issue a statement calling the whole thing off.

The Government probably should, excuse the pun, have stood by its guns, by backing the event. If there was no election it would almost certainly have happened in some shape or form. 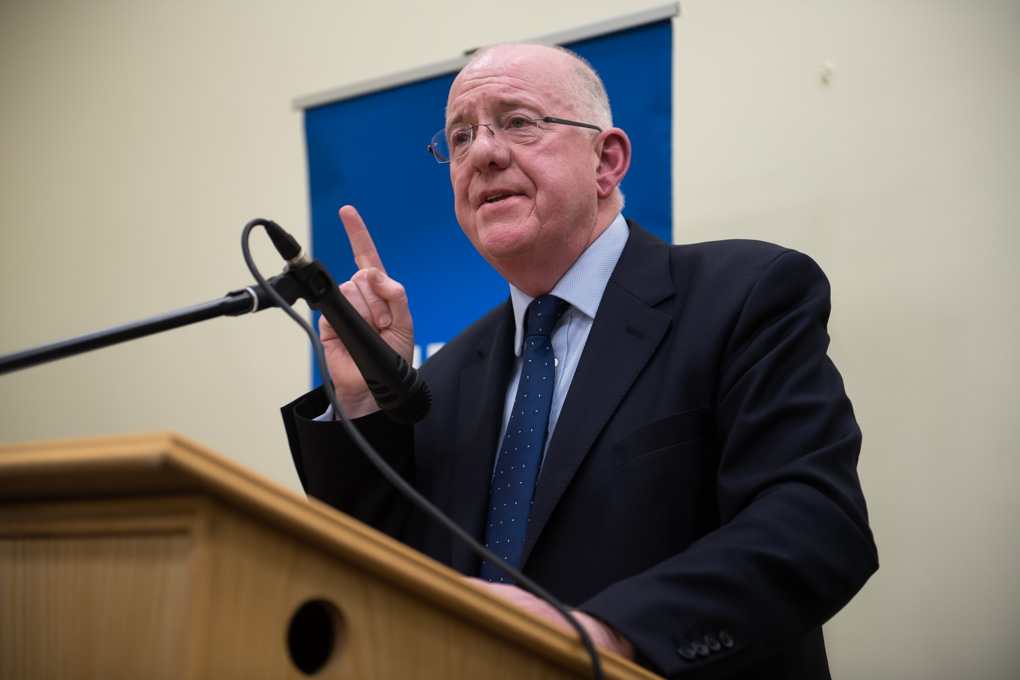 But election performance trumps everything else.

And so, arguably, the tone for General Election 2020 was set by the incidents and protagonists involved in the fight for Irish freedom a century ago.

But while Fianna Fáil may have set the fuse on the row, they may have missed a trick. If they were instrumental in stirring the nationalistic sentiments, had they thought about who might benefit?

Now Fianna Fáil of old were always well able to throw down the green card every so often. Charlie Haughey made his catchphrase “we in the Republican Party” his own. For good reason. He knew that when he said it, votes would follow or, at least, be nailed down. But that was then and this is now.

Fianna Fáil had a very good local and European election. They had put Sinn Féin back in their box. Or so they thought.

Sinn Féin lost seats all over the place and their leader Mary-Lou had clearly lost some of the mojo that propelled her into the top job after the departure of Gerry Adams.

Just six months later Sinn Féin is back in the game. But did Fianna Fáil unwittingly give them the ball, with the assistance of Fine Gael?

The first opinion poll after the RIC row saw Sinn Féin jump in popularity. They have grown since.

The whole row and other events threw Fine Gael off its stride completely.

To make matters worse in the first week of the campaign, a teenage boy was murdered and mutilated as part of a gang feud in Drogheda. 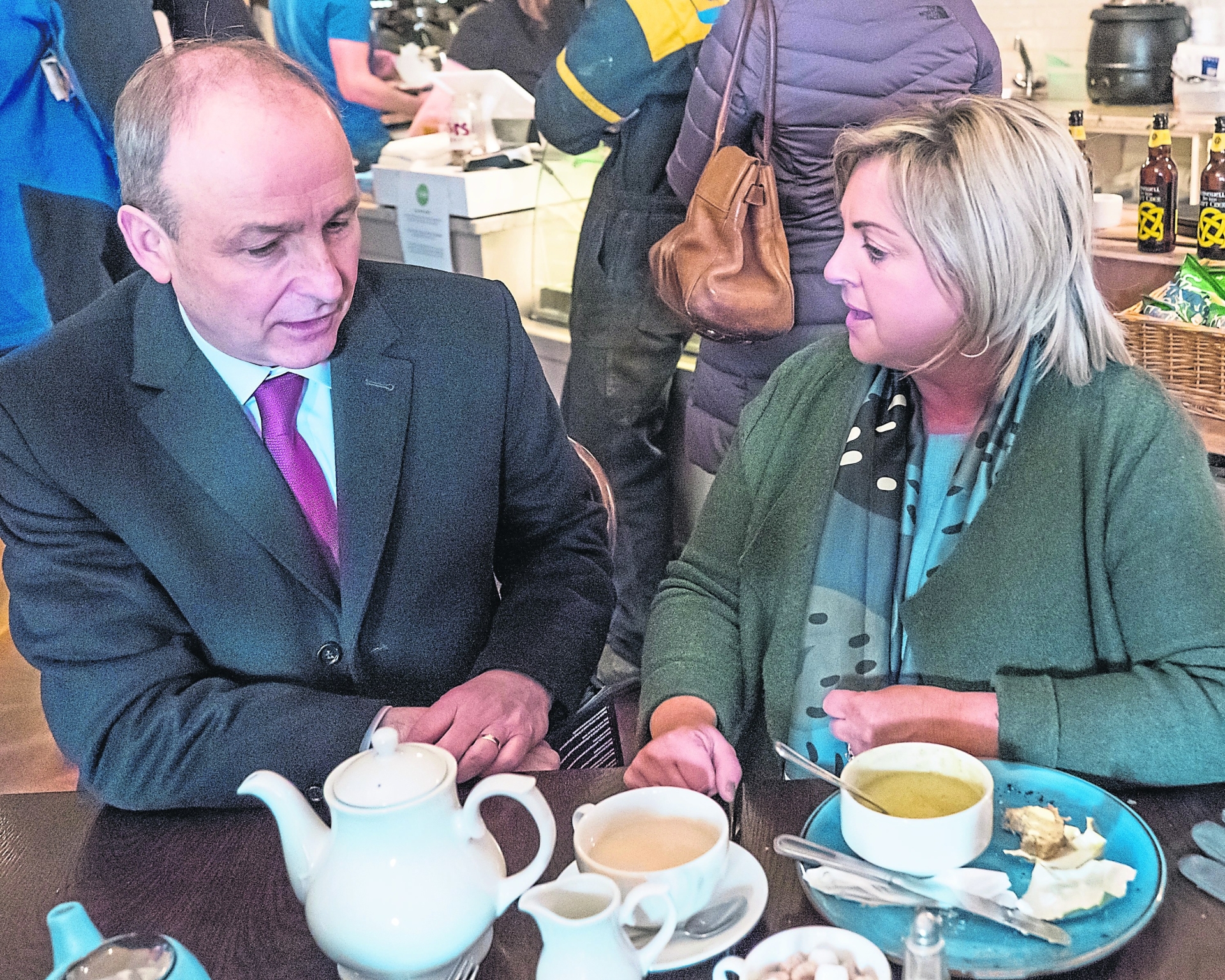 Then, in the same couple of days, a homeless man suffers life-changing injuries after a digger lifted him and his tent off the banks of the Royal Canal in Dublin. An election poster for Eoghan Murphy, housing minister, was on a pole nearby.

There have been other gaffes that haven't helped the Fine Gael cause. Leo's response about using drugs in the first Virgin Media TV debate wasn't great.

Then, Catherine Noone, lands Fine Gael and her party leader in it again after the RTÉ TV debate in Galway with her remarks about autism.

If Fine Gael are able to overcome the fairly sizeable potholes this campaign has presented and land themselves back in Government it will be a fairly substantial political miracle.

One plus in Leo and co's favour has been the ongoing bickering between Fianna Fáil and Sinn Féin. Micheál Martin and Mary Lou McDonald have created a spectator sport of their spats.

Leo Varadkar's strategy seems to have been to stand back, let them at it and then pounce on the more vulnerable of the two after they've had a bust-up.

The row between FF and SF has, in some ways, allowed Fine Gael to lick some of its wounds and recover lost ground during the campaign.

Of course, Republican history raised its head and damaged Mary Lou in the main RTÉ PrimeTime debate which she was left speechless over the murder of Paul Quin in 2007 in Armagh. She was completely knocked her off her stride by the issue which was raised not Varadkar or Martin but by Miriam O'Callaghan.

Sinn Féin insists the killing was not related to the IRA but it reminds everyone that, while the IRA might arguably have gone away, the past and violence inflicted in damaged communities still haunts the party as it tries to get into Government. 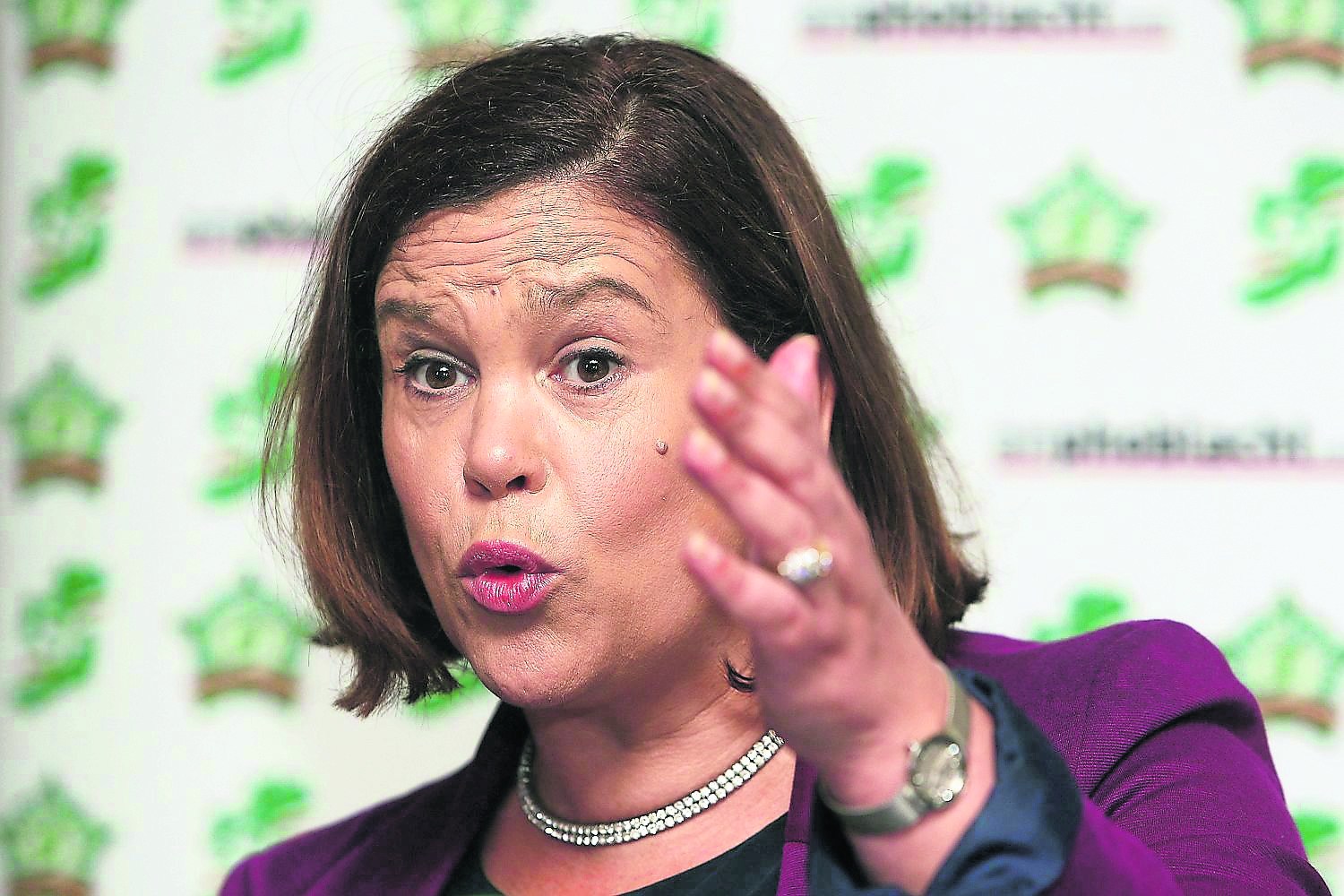 It has not been a great election for the other players.

The Dublin media anticipated Green wave does not look like it is going to break around the country, even if they manage to make big gains in Dublin where they would have been targeting some Fine Gael seats.

Labour is also stuck still suffering from their time in Government between 2011 and 2016. It is remarkable really that voters seem to blame them for austerity while Fine Gael and Fianna Fáil have managed to avoid such sustained political punishment.

It is an important election for other parties such as the Social Democrats and Aontú. Neither have a massive impact on the campaign to date.

It seems to be an election where voters want change due to Fine Gael fatigue and Fianna Fáil's past. But they will still win a lot of seats.

A confidence and supply mark 2 with FG playing a part cannot be ruled out after the votes are counted but FF could turn the clock back to May 1926 when DeValera founded Fianna Fáil.

And, as one might say, the rest is history.