Where will the Laois Offaly General Election votes be counted? 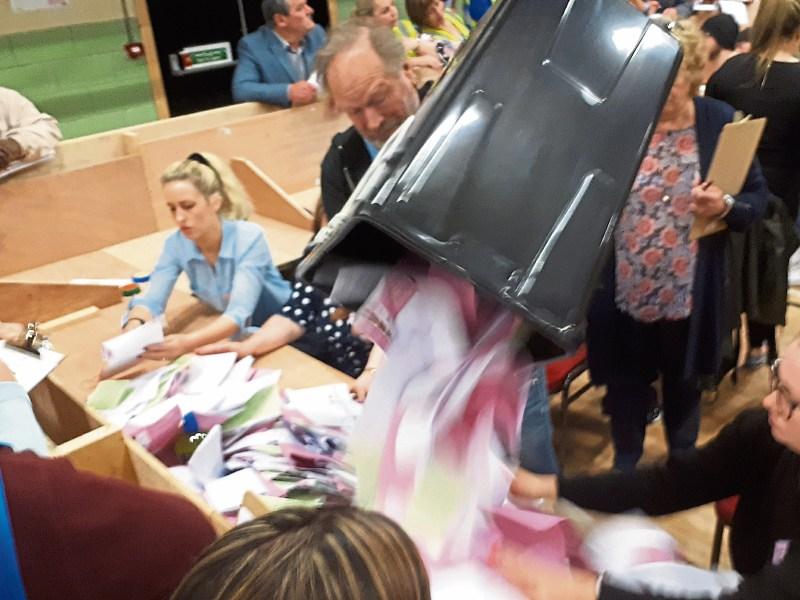 Laois and Offaly votes will be counted in three couties

Laois will welcome Offaly General Election votes across the Slieve Bloom border to be counted this weekend while ballot papers from both counties will also be sent to Kildare under a controversial redrawing of the constituencies.

Thousands of votes will be emptied out of boxes on Sunday morning in Portlaoise as the counting of votes gets underway to discover the local outcome of General Election 2020.

The last two Laois Offaly counts were held in Offaly - Tullamore in 2011 when Fianna Fáil topped the poll and 2007 in Birr when Brian Cowen won more than 19,000 first preference votes.

Thousands of other Laois Offaly votes will cross the border into Kildare to Punchestown to be counted.

While Laois and Offaly are being reunited this time after a historic split in 2016, the election marks the first time in the history of the State that Laois voters will be asked to vote for Kildare representatives in the Dáil.

A population of 12,000 around Portarlington has been removed from Laois and Offaly to deliver an extra seat to South Kildare.

At least one of the six outgoing Laois and Offaly TDs will pay a heavy price as a result because the two counties have been reunited into a five-seat constituency.

Voting gets underway on Saturday, February 8 at 7 am with polling stations closing at 10 pm.