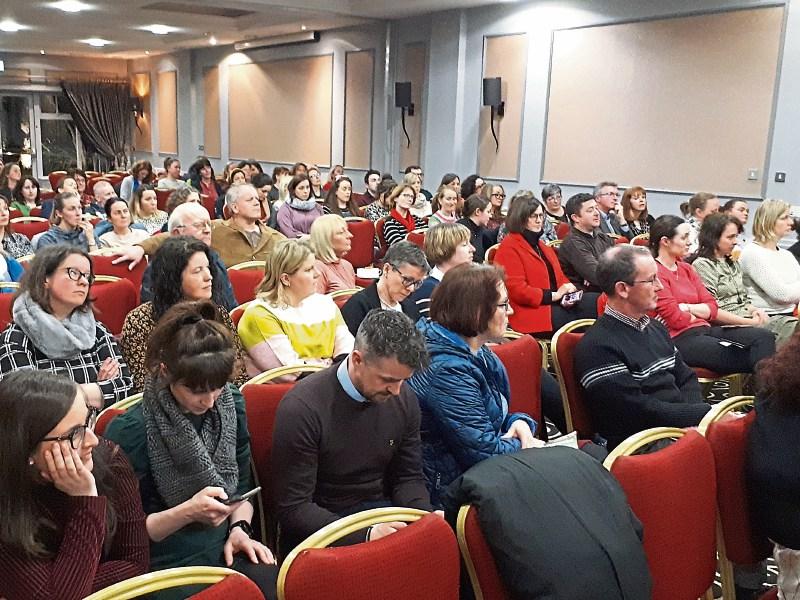 Schools are left to beg from parents to get enough money in to run primary schools because of the capitaiton funding system which leaves them a lot worse off than secondary schools.

That is what an Irish National Teachers Organisation general election public meeeting was told in Portlaoise about the capitation funding shortfall problem facing mainstream primary schools.

Kieran Brosnan, a teacher at the Holy Family, gave Laois Offaly candidates a lesson on the underfunding of the capitation system which sees a set amount given to each school for each student.

“Eleven years ago the capitation grant was €200 (per student). Eleven years later it is €178. Out of that, schools have to pay for heat, light, insurance and then beg off parents to pay for the balance,” he said.

Mr Brosnan contrasted the funding to what secondary schools received. He said the secondary students will get €296 for the children leaving primary school in September.

“I can't understand how a child is worth more in secondary school than in primary,” he said.

Mr Brosnan gave the position of his own school, th e Holy Family in Portlaoise, which has several hundred on the roll book.

“Primary means important basic, necessary. If you are not going to fund primary education equally, that is unnacceptable,” he said.

Mr Brosnan said none of the main parties properly address the shortfall in primary funding capitation.

Minister Charlie Flanagan said Fine Gael would increase capitation each year over the next five years which is the equivalent of €60 million, and more than other parties. He said it had gone up 15% over the past two budgets in spite of the difficultes and Brexit pressure on Budget 2020.

“Being realistic I would like to narrow that gap over a period of years. It will narrow the gap but certainly won't bring about equality,” he said.

Fianna Fáil candidate Seán Fleming said there is not a specific committment in his party's manifesto but agreed that it should be addressed, as did Noel Tuohy of the Labour Party.

“That is the first step. It is like the class sizes - we would like to do it in one year but it can't be done in one year,” he said.

People Before Profit candidate. Stephen Tynan said capitation increase was the first item on his party's list of actions for education.

Independent candidate Carol Nolan said she was aware of it being an issue and said it represented inequality. She said it would not be addressed overnight but some committment had to be made.

She said she would raise it in the Dáil and with the next Minister if returned.