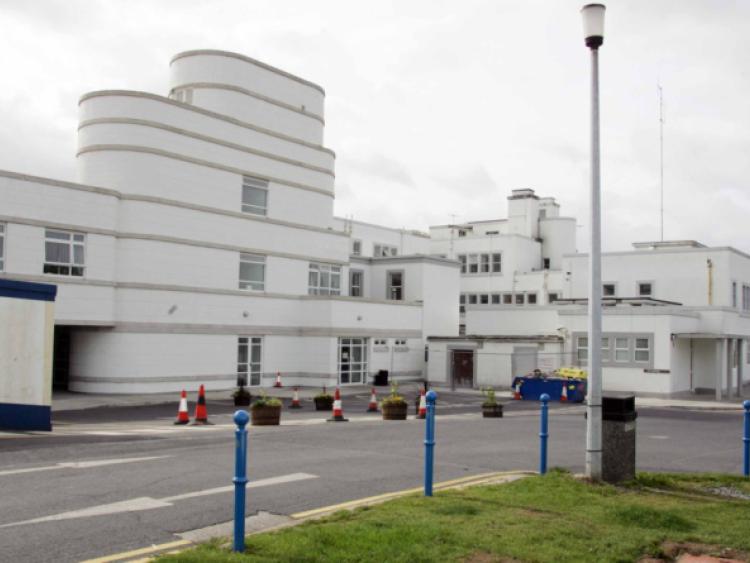 The lack of an 'agreed' plan for the future of Portlaoise hospital is 'a major barrier' to sealing an agreement to secure maternity services at the facility, according the health services watchdog that has carried out a third big report on the Laois facility since 2015.

The issue is highlighted in a new report on Ireland's maternity services by the health watchdog HIQA. It s called 'Overview report of HIQA’s monitoring programme against the National Standards for Safer Better Maternity Services, with a focus on obstetric emergencies'.

The Health Information and Quality Authority has also produced 19 individual reports on the hospitals and units including the service at the Midland Regional Hospital Portlaoise. The individual reports were carried out following unannounced visits.

The reports highlight improvements at the Laois unit since controversy engulfed the facility in 2014 when it emerged that babies had died there unnecessarily. Key to overhauling services subsequently was memorandum of understanding (MOU) with the Coombe Women and Children's University Hospital in Dublin. It is one of the big three maternity hospitals.

While significant steps have been taken in this process since it was signed in 2015, HIQA now finds that the absence of a decision on the overall future path for all medical services in Portlaoise is preventing its full implementation.

"Progress in implementing the MOU had not led, however, to the full establishment of a maternity network as defined in the National Maternity Strategy. This means that the Coombe Women & Infants University Hospital’s senior management team had no direct oversight or responsibility for maternity services provided at the Midland Regional Hospital Portlaoise.

"The Coombe Women & Infants University Hospital told HIQA that the lack of an overall agreed future plan for the Midland Regional Hospital Portlaoise represented a major barrier to further progress on establishing a maternity network under a single governance structure," it said.

The lack of a plan and its impact is also elaborated upon in the individual report on the maternity unit.

It says HIQA notes and welcome the "very positive developments" that have been progressed to improve collaboration and cooperation between tPortlaoise and the Coombe over the past number of years. However, it says notwithstanding the collaborative efforts made to date, progress on the full clinical and corporate integration has not progressed in the last three years.

It says hospital management identified a number of strategic priorities in their annual report of 2017 that were to be advanced to enhance the quality and safety of maternity services at the hospital.

 upgrading of facilities in the maternity unit

HIQA say that while the hospital had identified the above strategic priorities, hospital management told inspectors that the absence of any national and regional guidance and direction for the hospital had "significantly impacted" on the hospital’s ability to develop a clear strategy for maternity services within the short, medium and long term.

HIQA says this finding remains consistent with those findings made by HIQA in its 2016 follow-up review at the hospital.
Overall, HIQA found that Portlaoise had formalised leadership, governance and management arrangements in place with clearly defined reporting structures within the maternity service and through the Dublin Midlands Hospital Group to ensure the quality and safety of the maternity service provided at the hospital.

"However, any strategic planning of the maternity services within the hospital is constrained by the lack of any clear national and regional guidance and direction on the services in the hospital," says HIQA.

While staffing was not found to be a problem, HIQA once again reported that absence of a strategic plan presents problems.

"Inspectors were informed by hospital management that despite continually campaigning to recruit staff, the hospital had experienced difficulty in recruiting and retaining midwives, consultant obstetricians and paediatricians. The uncertainty of the future and range of services to be provided at the hospital impacts on the hospital’s ability to attract and retain permanent staff. The HSE and Dublin Midlands Hospital Group should ensure that the hospital is supported to address these challenges so as to ensure the safety and quality of the maternity service at the hospital," said the individual report.

The overall document and 19 inspection have their roots in a process which began with HIQA's statutory investigation into Portlaoise hospital ordered by the Minister for Health in 2014 following an RTÉ Investigates programme.

The subsequent 2015 report highlighted many managerial and safety shortcomings in the maternity unit and elsewhere in the hospital. Among the key recommendations was that a plan be drawn up for Portlaoise hospital by the HSE. It did not outline what this should recommend other than that the hospital be in a position to deliver services safely.

The hospital was the subject of a follow up HIQA report in 2016 which noted improvements but highlighted the absence of a plan for the future and the need to decide what services could be safely delivered there. However, it also noted the positive impact of the integration of the Portlaoise unit and the Coombe.

The promised integrated network was viewed as the future to securing services in Portlaoise as it meant any complicated births or pregnancies would be handled by the Coombe.

The HSE eventually presented a controversial plan to the Minister for Health Simon Harris in late November 2017. It was linked to an overall plan for the Dublin Midlands Hospital Group. The plans proposed a downgrade of Portlaoise removing A&E, ICU, paediatrics, maternity and most surgery. It proposed relocating them to reconfigured hospitals in Dublin, Kildare and Offaly. It was costed and included a timeframe and claimed to be backed by national clinical leads employed by the health service.

However, its implementation has stalled in the face of public opposition including a major march organised by the Portlaoise Hospital Action Committee. Minister Simon Harris never rejected the plan which remains on his desk in the Department. He did promise to consult locally on the future. He said he would appointed an independent facilitator. This never happened.

However, the outgoing Minister said in a two paragraph letter in the run up to the General Election that Sláintecare now takes precedence over previous reconfiguration plans. He said there was no plan to 'reduce capacity'. He did not elaborate on what other proposals were in the pipeline.

HIQA says that under the memorandum of understanding a senior consultant obstetrician from the Coombe was assigned as the Clinical Director for Integration and attended the maternity unit in Portlaoise for two days each week to provide support and clinical leadership at the maternity unit.

Two consultant neonatologists, who had joint appointments with both hospitals provided training, support and advice for medical and nursing staff in the special care baby unit in Portlaoise. They also assisted with the standardisation of policies, procedures and clinical practice guidelines to improve neonatal care at the special care baby unit in the midland hospital.

More than 1,400 babies were born in Portlaoise in 2019 and births have increased there since a dramatic drop after 2014. However, it remains one of the units with the smallest number of deliveries in the country.