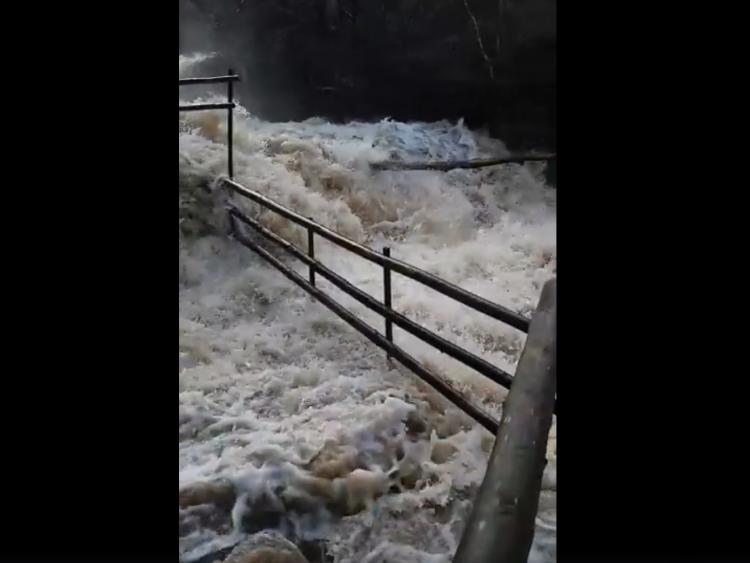 The raging power of the river Barrow in full flood in the Slieve Bloom mountains after Storm Ciara is revealed in a video shared on social media this week.

Runner Derek Middleton's video of Glenbarrow Waterfall in flood smashing over the mountain path and fences, has received over 15,000 views already.

He recorded it on Sunday morning February 9.

Mountmellick and later Portarlington in Laois were both later hit by floods from the mountain rivers Owenass and Barrow.

Derek from Birr is training to represent Ireland in the World Duathlon Championships next September. He is fundraising for the cost. See his GoFundMe page here.