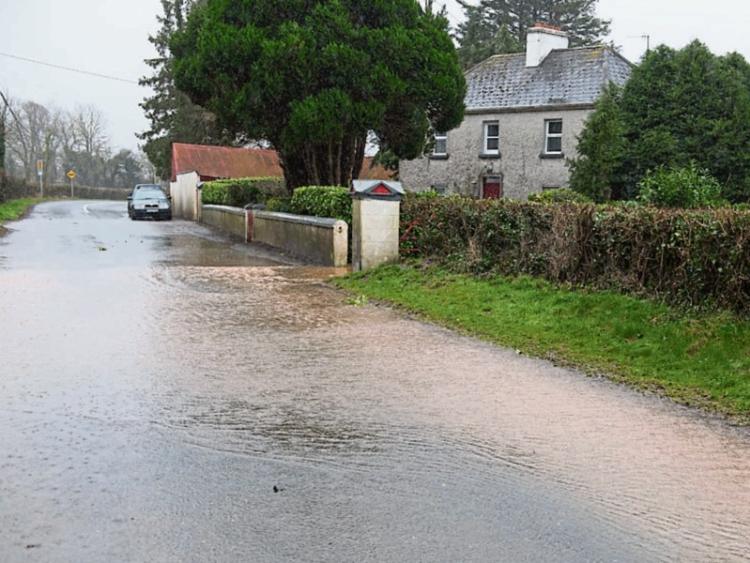 Mountmellick was narrowly saved from a repeat of the significant flooding suffered in 2017 in the past two weeks with river levels recorded at just 30cm less than recorded three years ago .

Mountmellick and other flood prone towns and areas in Laois escaped the worst of Storm Dennis but Laois County Council says the town could have been hit badly by Storm Ciara which arrived over the General Election weekend.

The main road through Mountmellick at Irishtown was closed due to flooding during Ciara. Some buildings had to be sandbagged and water encroached into some properties. However, Laois County Council's Director of Services, Simon Walton, revealed that it could have been a lot worse.

“As regards the recent flood risk the key point was in respect of Storm Ciara. Other than the fact that prevailing water levels in the River Barrow were very low in the period immediately prior to Storm Ciara, there would have been considerable additional flooding in Mountmellick as a result of that storm,” he said in a statement.

Mr Walton explained that water levels at the Borness checking station on the River Barrow showed a spike during and after Ciara.

Official Office of Pubic Works figures from the Borness show that the level on Tuesday, February 11 was just 30 centimres below the 2.7 metre record flood level recorded in November 2017 when the town was hit by flooding. Levels receded before Storm Dennis struck.

“The higher the water level in the Barrow at Borness the more difficult it is for the three local rivers (Pound, Owenass and Blackwater) to discharge to the Barrow,” he said.

The rain that fell in 2017 was not part of a storm event.

Mr Walton also gave an update on the flood defences promised. He said data gathering, data analysis and design work is ongoing in respect of the Mountmellick Flood Relief Scheme.

He said this would continue until the first quarter of 2021, following which an application for planning consent for the preferred Flood Relief Scheme will be made to An Bord Pleanala.

In the case of the Portarlington Flood Relief Scheme, Mr Walton said the final date for the receipt of tenders for the appointment of design consultants is the end of February 2020 and, following appointment, design work on the Portarlington Scheme will commence in the second quarter of this year.

He said there is a considerable amount of information at www.mountmellickfrs.ie.